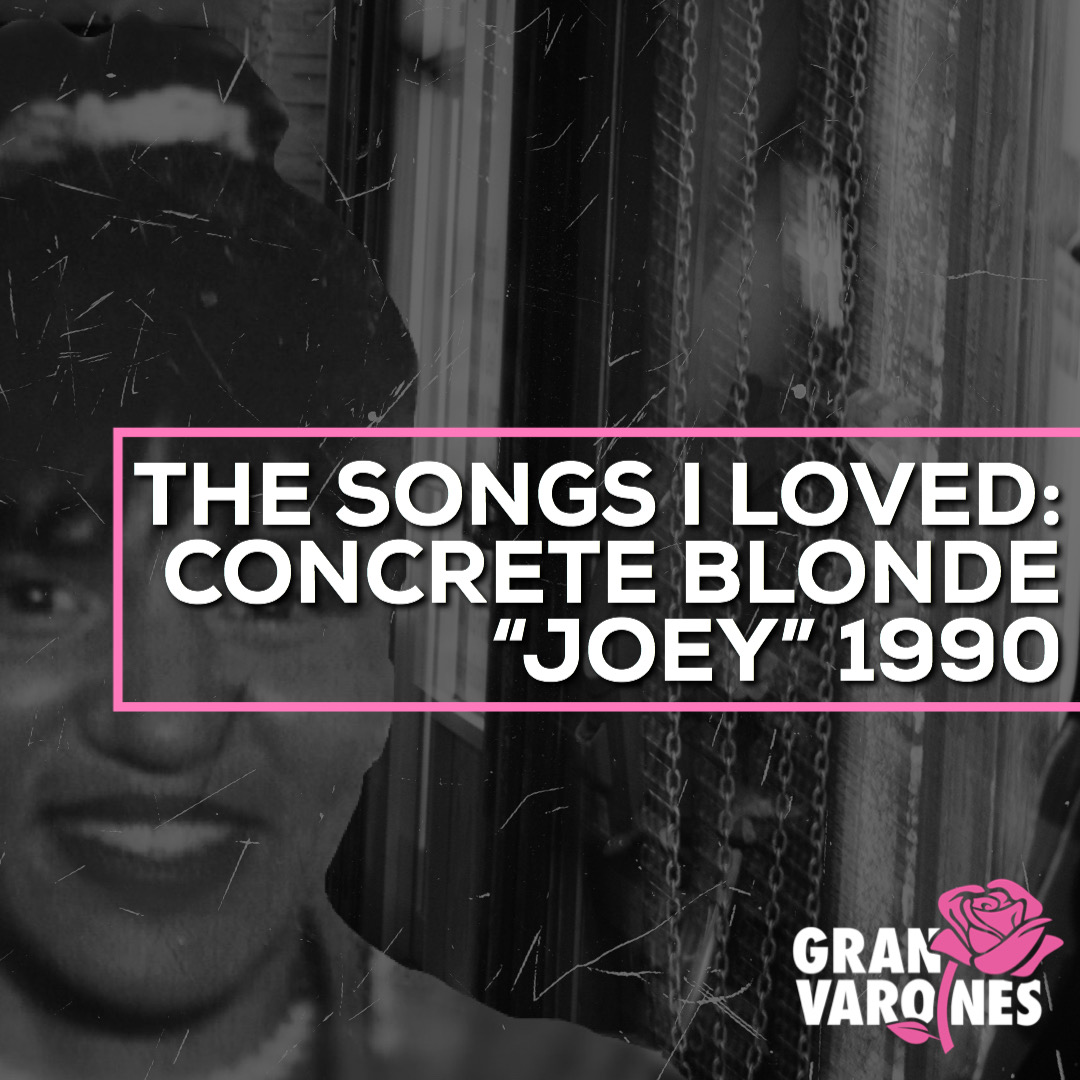 my life is a perpetual music soundtrack. i remember all of the moments – no matter how trivial or traumatic – in song. my friends often joke that whenever i say, “i love this song!”, they know a story will follow. and they’re correct. music and pop culture are usually how i recall and process my experiences. they help me to make sense of things.

during my many days of quarantine, i have spent a lot of time listening to music, specifically my “1990 was that gurl” playlist. there are times when a song comes on and i simply sing along and then there times when i am flooded with emotions that are normally dormant in busier times. one of those songs is “joey” by concrete blonde. a song that helped me make a little bit of since of the complicated and absolutely relationship i shared with my aunt blanca.

one song that reminds me of blanca, not necessarily because the song was ever playing when we were together – she would have never listened to modern rock – is concrete blonde’s 1990 hit “joey.” the song conjures up feelings that are both painful and sentimental. released in the fall of 1990, “joey” is an all too-relatable song about loving someone who is the depths as addiction.

i cannot listen to this song without thinking of the many nights i watched blanca disappear into herself. she never instructed me to keep her self-medication a secret. i just kinda just knew. i was already a master at hiding the severity of my own mother’s addiction. and for real, for real, everyone in my universe was either surviving addiction or fiercely judging those of us who were surviving. there was really no one left to tell. these secrets were easy to keep but heavier to hold.

I know you’ve heard it all before
So I don’t say it anymore
I just stand by and let you
Fight your secret war
And though I used to wonder why
I used to cry till I was dry
Still sometimes I get a strange pain inside
Oh, Joey, if you’re hurting so am I

the youngest of my mother’s sisters, blanca was 10 years my senior and in 1990 was one of my favorite people to spend time with. she was an avid music lover. she loved babyface and keith sweat. when together, she and i would listen to the quiet storm and just talk – me about boys i had crushes on and she about the men who had broken her heart. it seemed her heart was always broken.

blanca wasn’t a drinker. i cannot remember her ever drinking actually. we drank pepsis and ate chinese take-out while we listened to songs about heartbreak. we laughed and laughed as songs by phylis hyman, stephanie mills and luther vandross played in the background. but then a song would begin to play and the energy would shift immediately. it was like literally like watching a broken heart bleed. i’d try to distract her with conversation and antidotes. i was a funny as kid. but she would just pull the small clear bag of heroine from out her purse and take a hit.

then the race would begin. i would begin to talk faster because i knew she would be nodding off soon. blanca engaged in conversation for as long as she could or until she was completely out of it. then i would continue to talk but not as much and not as fast. i would try to salvage the night before the feeling if regret began to set in.

But if I seem to be confused
I didn’t mean to be with you
And when you said I scared you
Well I guess you scared me too
But we got lucky once before
And I don’t want to close the door
And if you’re somewhere out there
Passed out on the floor
Oh Joey, I’m not angry anymore

i never got mad at blanca for getting high. i hated that it made her disappear. but i knew heroine was a tough thing to kick. when she did try, i would accompany her to the methadone clinic. and when she relapsed, i would go with her to cop her drugs. i just liked being around her – most of the time. i liked the world we created together. blanca was funny as hell.

blanca struggled with addition up until the very end of her life in 1998. she was just 32 years old.

it has been 30 years single the release of “joey.” i listen to “joey” when i want to mourn the loss of the things i remember and the things that i don’t. like her birthday. i still listen to the songs that played in the background during our times together. sometimes i laugh because i remember her jokes. i tell you, blanca was funny as hell! and yes, there is trauma attached to these memories but the immense love i still have for her is what carries me.