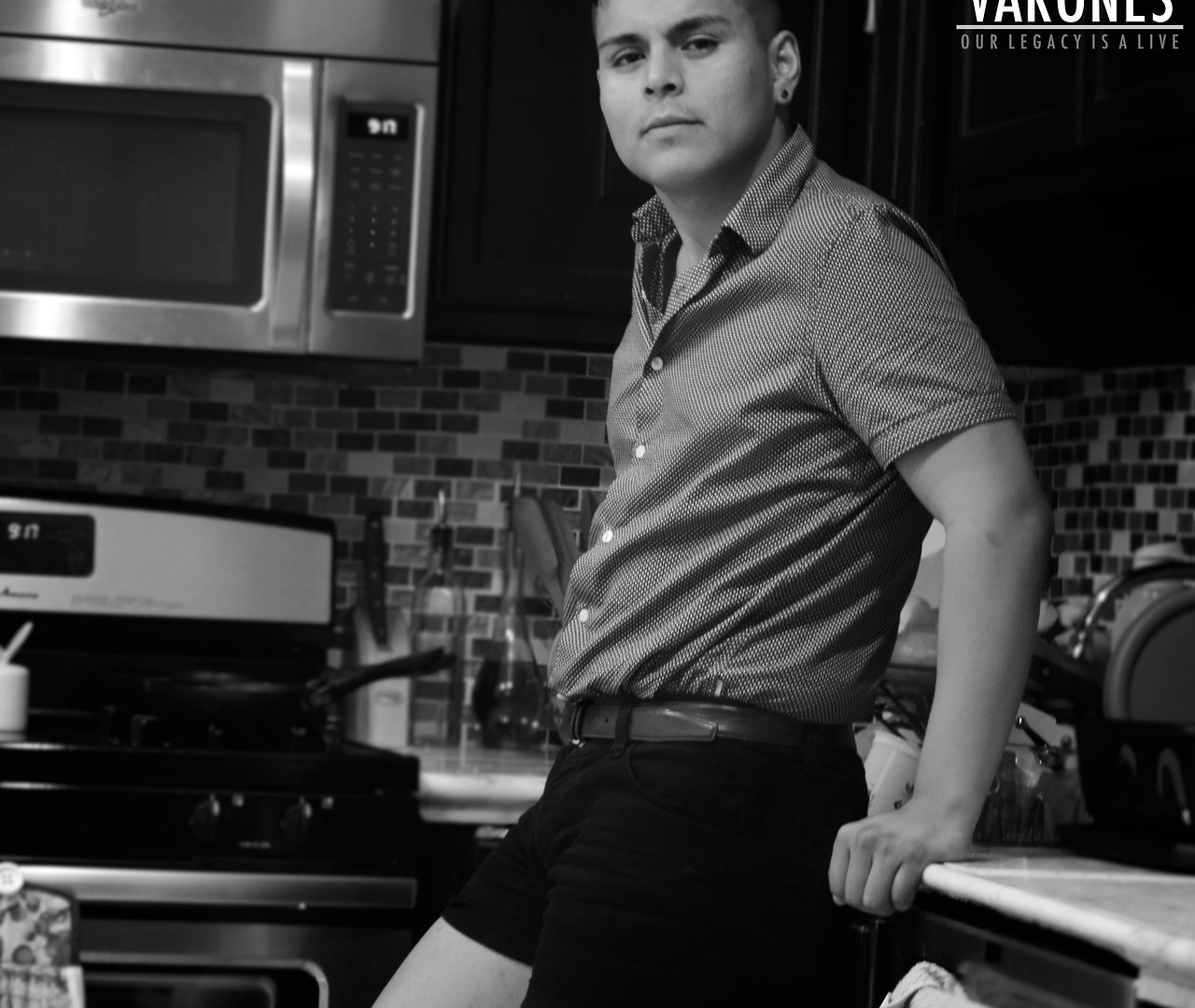 I was born in Tonalá, Jalisco in Mexico but I grew up in East LA since I was two years old. Growing up in East LA was one of the most, luckiest opportunities. While coming into a whole new country not having to lose my culture because east la is heavily populated by Latinos, overall Mexicanos, and Mexicans who carry their culture from Mexico very strongly to their everyday activities. The music, the trucks, the family and traditional culture you get to see in Mexico but you have it in la. But it was also something made me further question how far would I get in life, how true could I be about my true identity knowing that not much had changed but just the zip code. A country, but the culture hadn’t really changed because I was still growing up where machismo ruled essentially, family values, where the man was supposed to be a certain way and women were supposed to be another way and they had to play different roles. So in essence, where I grew up, it gave me an identity, it gave me a culture but it also gave me

I’m the youngest child of three. There is my brother, who is four years older than me then my sister and then me. Just seeing how my older siblings were treated. My brother had to go work at a young age. He went to work with automobiles, very “manly” construction stuff, my sister had to stay at home and clean the house and since I was the youngest my mother would just keep me…she worked in sweatshop for most of her life, working like 16 hours a day. I can’t send you to your brother because that’s too dangerous but I’m going to keep you with your sister and help her clean up the house. So it was sorta interesting for me because I saw my brother play that “manly” masculine role and I would be with my sister and watch her play that “feminine” role.

That’s where I began to see the gender roles played differently. We, as a community, valued “man” roles more than “women” roles. But I watched my mom master both of those roles. My mother was a single mom, she worked her ass off to provide for us and she was unafraid of having to work really late at night with her manager. And she would put him in his place whenever she needed to. And I saw my mother play that “masculine” role to protect her three children, Seeing how my mom, who didn’t have complete knowledge of law, she still knew that she had some rights as a woman and she maximized her opportunities and never let anybody impact her personal health and safety because she knew that would impact her children’s safety.

As child, I would rather play with dolls than with trucks. I wanted to be a princess. Once my sister and I were playing and she put me in a dress and I rocked that dress! I thought I looked wonderful. I felt the most alive and happy to be with my sister. My mom showed up from work and she started to cry. She took off the clothes and beat me. She said “This is not for you!” I remember crying. My brother and sister stayed by my side when I cried. They would say “It’s ok. Mom just doesn’t understand right now. She is under a lot of stress.” They always took care of me. My brother protected me. If someone called me “fag”, he would beat the shit out of them. He always had a sense of my queerness and would say that he would always protect me. Brother taught to never be afraid of my community. My sister always encouraged me to speak up and to take leadership roles. She was would say, “You can do this. Run for that leadership role.” I sometimes think that was her dream but because she wasn’t a man, she felt that she couldn’t do it. She is the reason why I am loud ass now in the streets fighting for undocumented communities. She helped to give me that courage.

Right now you see the masculine me. Whenever i am showing my genders, they are polar opposites. My Carlos gender is very masculine presenting and feminine gender loves the accessories, loves the whole contouring make-up but I don’t do drag. She is a part of me. A very important part of me. It feels nature and comfortable. It makes me feel whole. I don’t do performances as my “woman” gender, it just who I am. She went underground the day I got beat as a child and she pops up here and there when I need her for survival. Some days, I get home and I’m like “Roxanna is going to come out. It’s been a stressful day. I just need to sit down, eat strawberries and feel beautiful.”

Interviewed & Photographed by: Louie A. Ortiz-Fonseca

Monserat was interviewed last summer. This photo represents their masculine gender expression. Their pro-nouns have since changed. When commenting and sharing this beautiful story, please use She/Her/Hers Pronouns