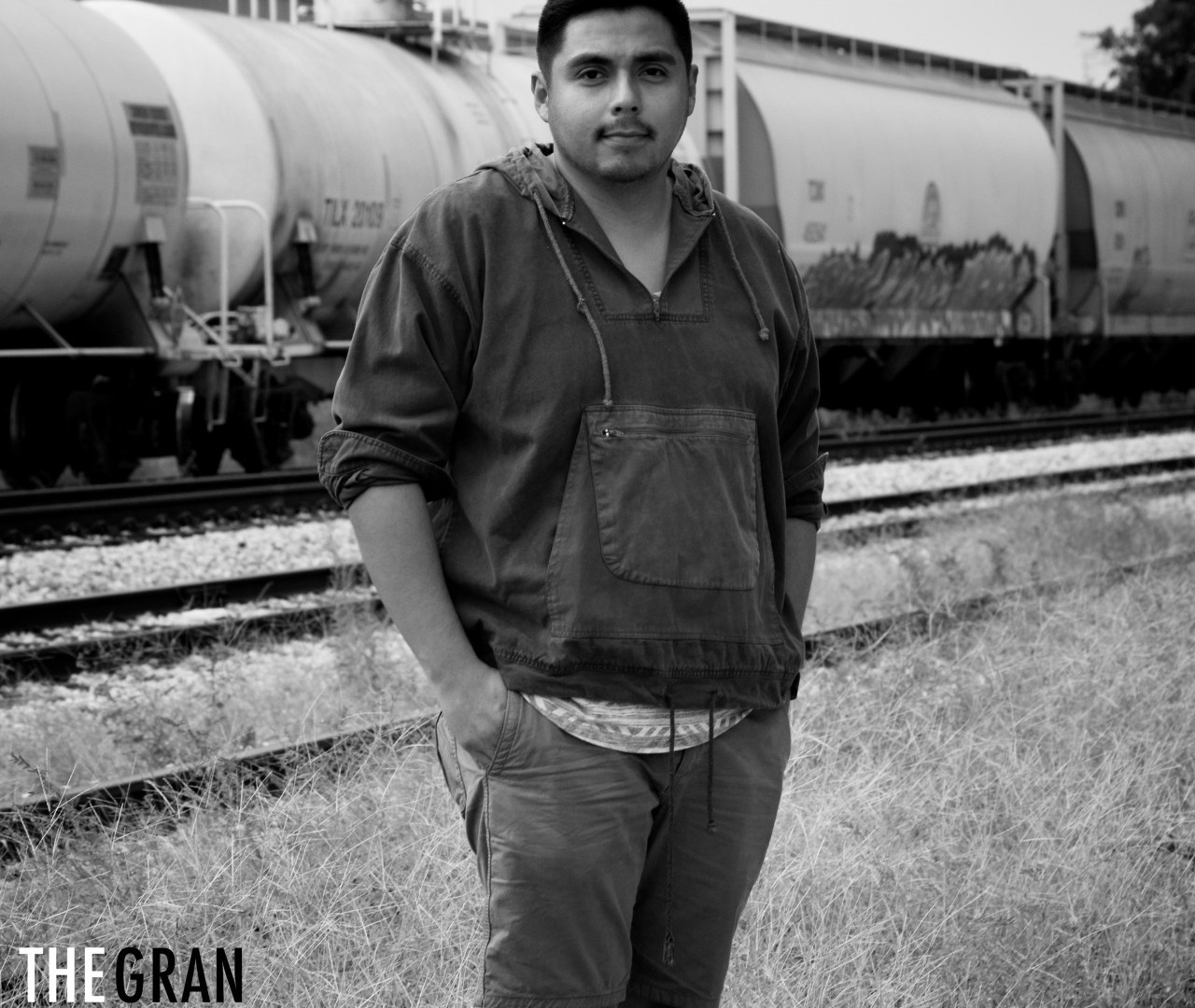 Anthony: So where in this area did you grow up?

Miguel: I was born in Orlando, but raised in Mascotte, Florida. Mascotte itself is a very small city. A large population of that city is made of Mexican immigrant/migrant farmers. The people who are actually in power are White. The businesses, the schools, the teachers were all white. It was really challenging because I grew up in city where people who looked like me grew up in poverty. It was hard to be proud that I was Mexican. I rejected it a lot for that reason.

Anthony: So what was it like growing up in Mascotte?

Miguel: It’s a small community. It’s a very small city. Growing up gay in that community was extremely difficult because, ya know, it was a very conservative part of town. You drive down the city and there is a church on like every other street. I had a lot of pressure to stay in the closet because the area was crazy Baptist. I also hid in religion as a way to define some excuse to why I didn’t date women or date period. I would say “It’s not the right time for me. It’s not in God’s plan.” That’s what I did. I just hid for a long time. It was tough.

Anthony: So when did that change for you?

Miguel: I didn’t come out until I moved away. I moved away when I was 19. I moved to Orlando. I kinda already constructed this idea that this would be my coming out. I knew that was going to be my opportunity to reinvent myself; new city, new people, who had no idea of who I was. And in a lot of ways, this was my opportunity to be my most authentic self. When I came out, I came out to my mom after my first relationship ended. It was strange because ta that point I was living with him. So when we broke up, I went back home. I remember, One weekend, I did nothing and stayed in bed. My mom knew something was wrong and approached and said “what’s wrong I can see that you are down, talk to me. What’s going on?” And I wanted to tell her so badly but I was paralyzed by fear. You know cuz you’re afraid of the rejection or family disowning you. I built up the courage to tell her “I’m gay and I just broke up with boyfriend and I am really sad.” And in that moment she just broke down and she held and she cried with me and told me that everything will be ok. She told me that she loved me. It was really powerful.

So I honestly think when I got my lip pierced at 17, I remember she asked “Does that mean you are gay?” I think my mom, I think a lot of our moms know we are gay at a young age but for her to see me with a lip piercing and to think that I am gay and her reaction to it was ridiculous. She fell to the floor and started crying. I think for her, she was scared for me. I think she associated gay with dying of HIV and living a challenging life. She is a great mom, she is crazy but she is great mom.

Anthony: So we met you last night at the QLatinx meeting. How did you get involved with them?

Miguel: I learned about it through Christopher Cuevas. He and I worked together. He messaged me one day and asked if I would be interested in meeting with a group from California and New York to talk about ways they can support the community, ways that we could create safe spaces for people to come together and just kinda heal together as a Latinx community.

Anthony: How has the experience been for you?

Miguel: It’s been really great. Chris said something really powerful at our last meeting that was like, “One of the best ways to heal is to heal through community.” The group has been an outlet for me to express myself, do things that are essentially really rewarding.

Anthony: How does it feel to have a community that’s so important and a part of your identity attacked?

Miguel: I felt guilty in one way because my experience with the Latino gay community is that there was just no relationship. I am sure as you have toured around, the majority of the population is Puerto Rican and it was hard for me to identity with the culture and the customs. Yes, of course we have shared languages and shared experiences but it’s just totally different. For me, a Latin Night isn’t necessarily like Reggaeton. I remember Latin Night growing up, being taken to dance were all – it was just Mexican music. I also struggled with embracing my heritage. Because of the people in school and the person in my community that were in power and had high social status were white and I knew that I wanted to go to school, I wanted to go to college, I wanted to do something with my life and that is how I paralleled myself. I was like let me associate myself with the white kids and let me get into the AP courses with them and let me try to like be part of this group because I already grew up as an outcast as a Mexican. I remember being like the token Hispanic student in a lot of groups. So after Pulse, I felt guilty that I didn’t make an attempt to connect with community, I didn’t make an attempt to put our differences aside and embrace the fact that this is where I live and this is what Latin night is.

Anthony: How that changed how you forge relationships?

Miguel: Absolutely. Everyone who attends the QLatinx meetings are Puerto Rican and I for the most part have befriended all of them. Going out with them, sharing the music, sharing our history and out stories has really have broken some walls. It’s like, why didn’t I embrace this earlier. Why didn’t I connect with people earlier because it fed a part of my soul that I neglected for a long time.

Anthony: How does your soul feel now?

Miguel: It feels more complete. I can be this version of myself.

Interviewed by: Anthony Leon
Photographed by: Louie A. Ortiz-Fonseca

special thanks to QLatinx for their partnership and support during our trip to Orlando, Florida. Thank you for making us feel at home and for helping to coordinate Gran Varones interviews.