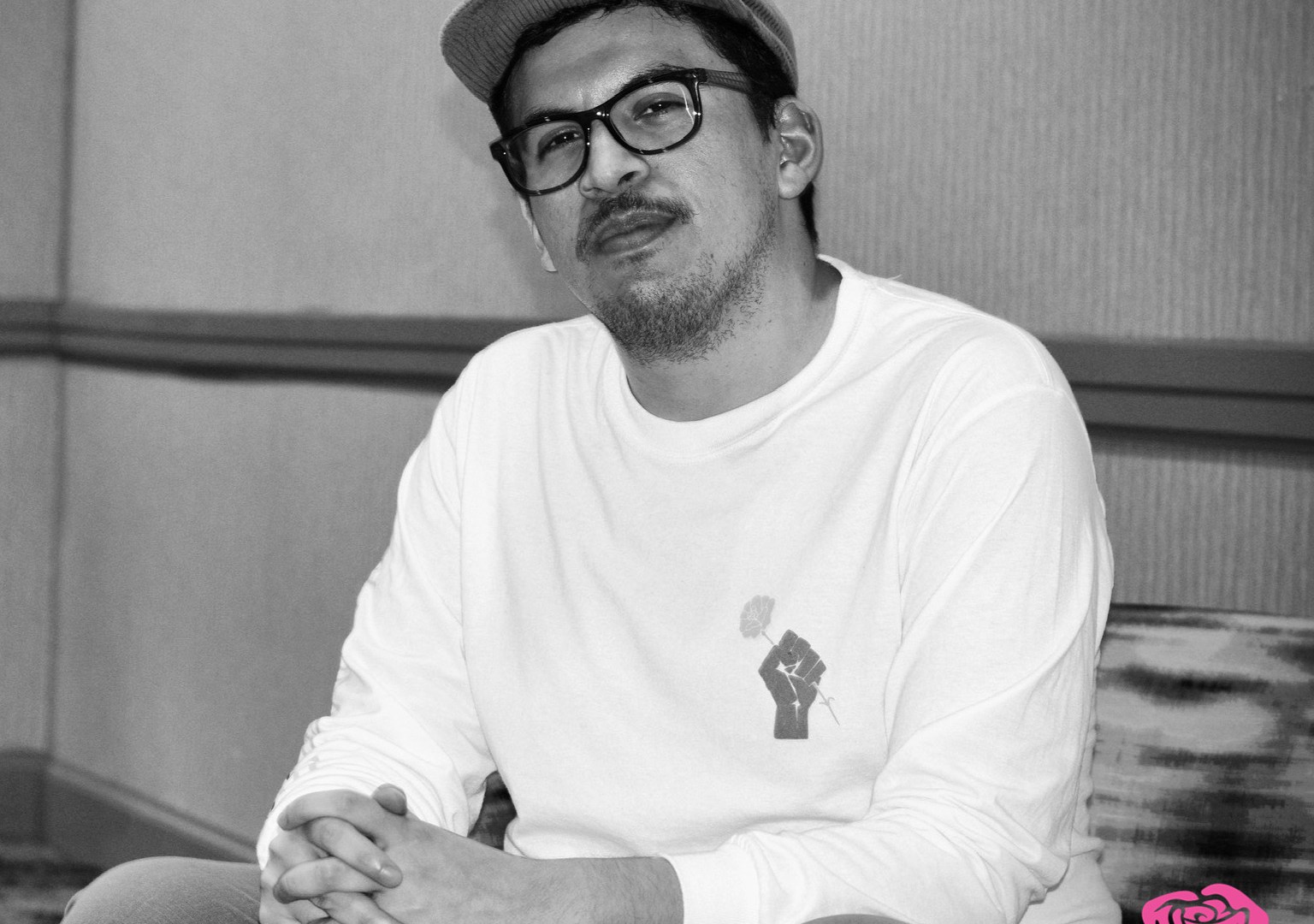 I was born in Mexico, grew up there as a little kid but then I’ve spent most of my life now in Houston, Texas.I was nine years old actually, my dad had to come over to the US undocumented since he was 14 years old. Back in the 80s, it was more like he would spend some time working in Texas, go back to Mexico for a few months, do that back-and-forth and then that’s how he met my mom and they got married and all that. At age 9 we moved to Houston.

I mean it was weird because I come from a really tiny town that had maybe like 1500 people. We only had one school and one church, I mean everyone knew each other, it was very rural.  And then I moved to Houston which was this huge city, where I couldn’t, yeah it was way bigger, but it felt a lot smaller than my town. In my town as a 6, 7, 8-year-old I could just roam around, like go to my friends house, play all around,  but in Houston we moved into a tiny apartment and that’s what I thought Houston was, kind of like a tiny apartment. Getting used to that took a while but then I think that I was the lucky to find a lot of community and a lot of folks in Houston that basically made me stay here and I’ve been living in Houston ever since.

Well, I was a big nerd in high school so I did a lot of school things.  One of the things I did was theatre. I started doing theater since I was in like six grade 6th grade, and you know I was like a really shy kid and didn’t like talking a lot. I also wasn’t allowed to have friends outside of school like I never was able to go to like their houses, they couldn’t come over to my house. Theatre was like the thing that I was allowed to do where it was still outside of school, but you know it was still seen as like you’re taking a class or you’re doing it for like an extracurricular and that  was actually the thing that helped me most like connect with people.

Theatre was in a lot of ways a place where the queer kids would go because it was that space where you could put on different characters and sometimes the characters that we are putting on weren’t fake, they were actually the real ones, but we had to pretend. We had the space to be like “Oh this is something we can do.” When I was in high school I wasn’t at the point where I was out, or a lot of other people were out, but there with us understanding that in that space we could be whoever we wanted to be and that included like our sexual orientation, gender expression, and all of that, even if we didn’t say it out loud .

My parents came to shows and it was weird in a way. My mom actually passed away like the beginning of my junior year of high school, so she went to some of the first performances. The thing about my family, my parents in particular, was that they didn’t speak English so they would sit through an entire like two hour play that was all in English. They didn’t understand mostly anything that was being said, but then, you know, every time at the end of the performance, they were always like “That was really good, I really liked it.” I always wondered like how could they do that, I don’t think I could sit through like a two hour thing where I don’t understand what is going on, but I think in a way that kind of that was really cool to me, but at the same time I wonder if they understood, like not just what was happening in the plays, but also what I was trying to express through being in the plays. That was always like an interesting thing– they would go to all the shows, even if they couldn’t understand most of what was happening.

My interest in theatre was mainly in Houston, but in Mexico the one thing that I remember since I was a little kid was just being in the kitchen all the time because that’s where my mom was, that’s where all my aunt’s were, that’s basically where all the women in my family were–in the kitchen. I remember being there and it was just like this really special place, again ,where I felt, I never thought about this but in a way that was like a theater space. The kitchen was kind of like a theater. Every time my aunts, grandma, and mom were cooking they were always telling these stories about when they were growing up or people that they knew. Actually, now that I think about it that was kind of like “theater” that I had before I came to the US, and then had like you know like a more sort of formal or like traditional definition of the term.

In the kitchen I mean I learned so much about my family, the town, and maybe some stuff that I shouldn’t have been learning when I was that age, but seeing them there, they were the ones in power. In power in every aspect of it from deciding the dishes, dividing the labor among themselves, to like who is leading the conversation of the stories that they are telling.

Photographed by: louie a. ortiz-fonseca