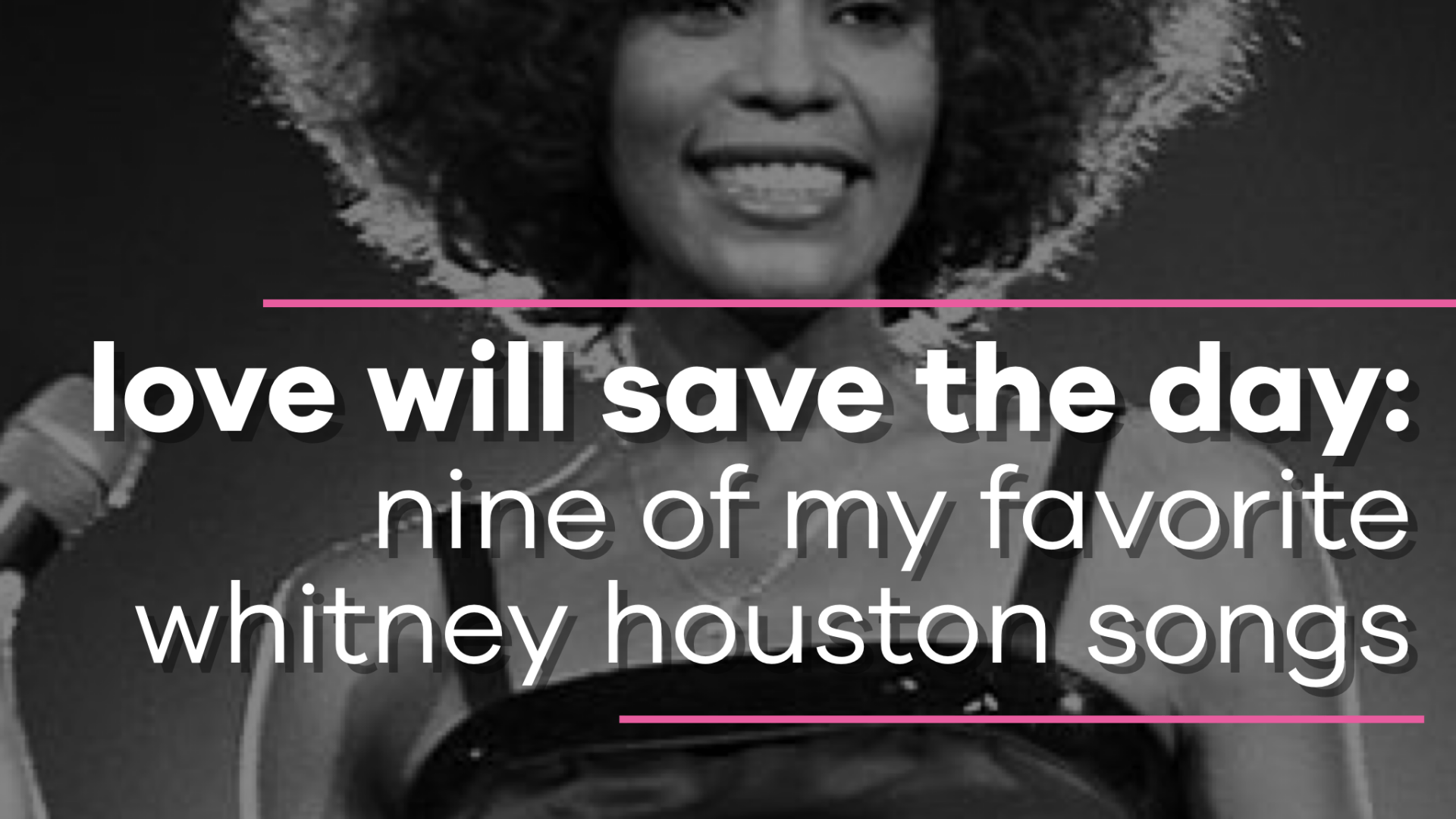 in the summer of 1988, i had a friend named jacqueline who lived next door from us. she was a bubbly preteen just as i was and loved music almost as much as me. what i what think connected us the most was that she too had a mother who was struggling with crack addiction. this meant that sometimes hanging out with other young people put us in a particular line of fire when other teens decided to play the dozens. so she and i spent a lot of our afternoons in our backyard taking turns lip-syncing to songs. of course, i was always the show stopper! if i wasn’t performing karyn white’s “superwoman”, with kitchen props and all, i was leaving miss jacqueline in complete awe with my rousing performances of whitney’s “all at once” and “didn’t we almost have it all” what can i say? it was the 80s and crying on command while lip-syncing to a pop diva’s emotional power ballad was on par to walking on water.

now as an adult and parent, i am astounded at the resiliency that I and jacquline had as children. that isolation that was driven by the fierce and brutal stigma we faced as children of parents struggling with crack addiction, we were creating safer spaces for each other even when we didn’t completely know that’s what we were doing. that beautiful space was built in large part by the music by artists like whitney houston that spoke to us by providing a pathway for us to surrender to our imagination

i am grateful for the soundtrack whitney generously shared with the world even when it didn’t deserve it. I know parts of me were saved by Whitney’s music many times over. and i am filled with gratitude that i got to exist on this earth at the same time to witness her greatness in real-time.

here are 10 songs from whitney’s extensive and brilliant catalog that conjure up memories of my life.

originally submitted to and declined by janet jackson’s team, “how will i know” would wind up being the song that solidified whitney as a bonafide pop star when it exploded at pop radio in late 1985. i have distinct memories of singing “how will i know” as an 8-year-old for hours upon hours as i babysat and entertained my younger cousins while my aunt janet was visiting her then-boyfriend in prison. good times.

in late 1985, my brother nicholas and i befriended three siblings taleeda, shaheed, and tamara. they lived across the street and like us, spent the day unsupervised. one day while their mother was at work, me and taleeda snuck into her house to play her mother’s records. one of those albums was jermaine jackson’s 1986 “precious moments” album. i remember hearing whitney’s vocal on “if you say my eyes are beautiful” and knowing even at that age that my life would never be the same.

“didn’t we almost have it all” was released as the second single from whitney’s 1987 sophomore album. the song topped billboard’s hot 100, becoming her fifth consecutive song to do so. as an adolescent, i knew  “didn’t we almost have it all” was a song about immense loss and regret, years before i experienced that kind of polarizing pain. but what i did know was that the song was a perfect lip-sync choice for a young queer who had a penchant for drama and theatrics.

in the summer of 1988, my late aunt janet and my late mother both “one moment in time” conjures up so many memories and emotions. when the song was released as the theme of the 1988 summer olympic games, we were living in a dilapidated house. and while those times were painful, one of my favorite memories was watching the games with my late aunt janet as “one moment in time” played continuously in the background.

i didn’t buy games nor did i buy toys. in my early teen years, all of my money was spent on music. one of my favorite places, outside of my room, was the black record store on germantown avenue. i’d spend hours in that relatively small place just browsing. it was there i purchased whitney’s “all the man that i need” cassingle even though i already owned the “i’m your baby tonight” album. what can i say, i loved the artwork.

ahhhh, to be a young queer sitting in the movie theatre during the opening weekend of “the bodyguard” in november 1992 and experiencing the “queen of night” performance for the first time. watching whitney’s dramatically revealing the iconic silver outfit and helmet WITH MICROPHONE was nothing short of a religious awakening.

miss whitney was ALWAYS a dominant force in queer dance clubs and in june 1999, whitney thanked her lgbtq fans with a surprise performance of “it’s not right but it’s okay” and “heartbreak hotel”  remixes at new york pride. the performance was not only groundbreaking for the time but it also solidified whitney as one of the most beloved queer icons.

i absolutely love this song! released in february 2003 as the third single from her “just whitney” album, “try it on my own” is a celebration of courage and boundary setting. i just become a father and was feeling completely out of sorts as a queer parent. “try it on my own” was one of the songs i’d play whenever i felt overwhelmed by self-doubt. my son will soon be 20 years old and this song STILL does what it did for me all these years ago.