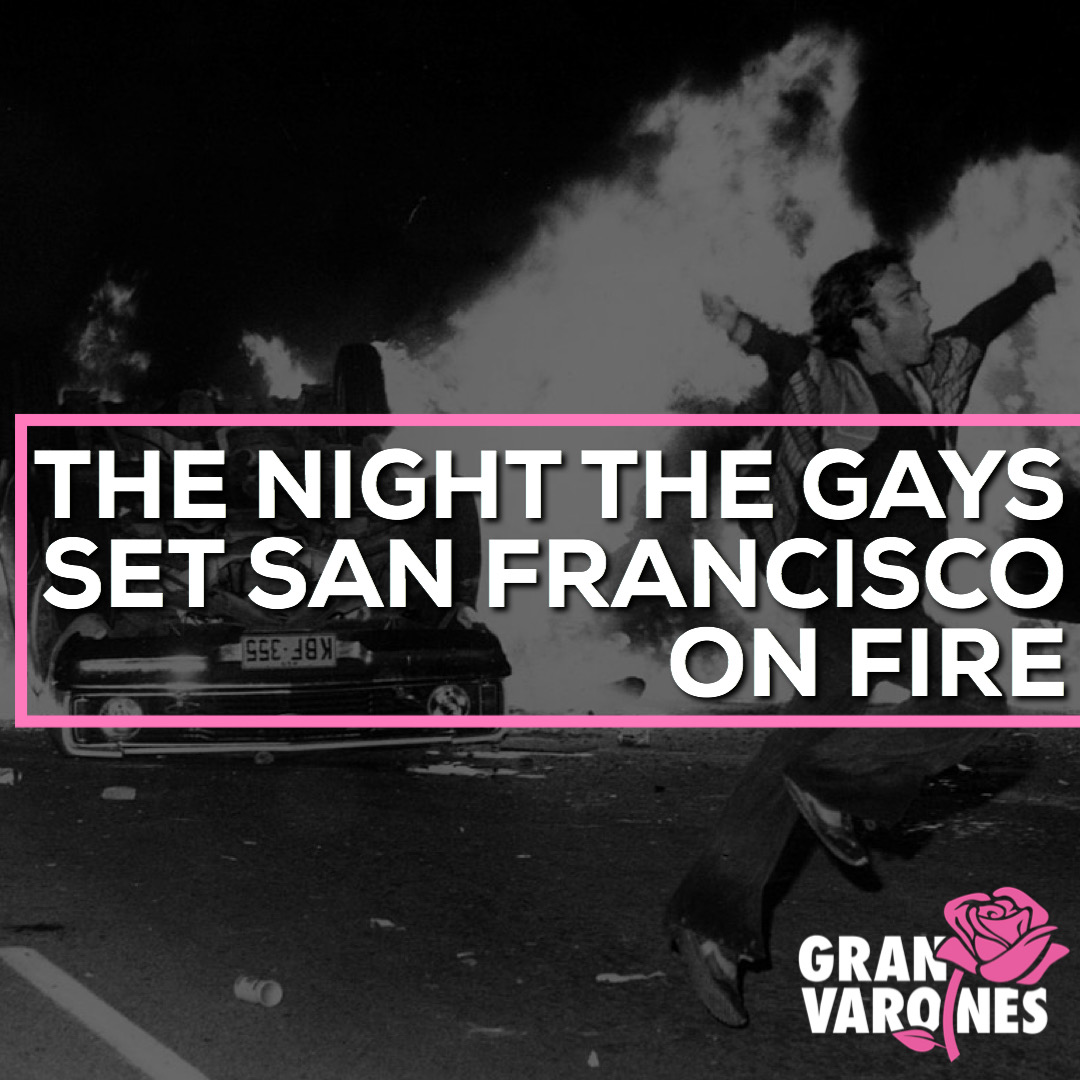 may 21st will mark the 40th anniversary of the white night riots that took place in san francisco in 1979 after dan white was sentenced to just 8 years in prison for the murder of mayor george moscone and supervisor harvey milk.

by the turn of the 1970’s, the castro district of san francisco had become a queer & trans utopia that provided a sense of sexual freedom, liberation, and self-realization. however, both local and national anti-gay legislation & sentiments were threatening that paradise.

in 1977, miss america runner-up & florida citrus orange juice “queen” lead a successful “save our children” campaign to overturn a dade county ordinance prohibiting discrimination based on sexual orientation. that win launched a nat’l movement against the lgbtq community.

in 1978, harvey milk, the first out gay man to be elected to public office in CA, helped to get a non-discrimination ordinance signed in to SF law & was integral in mobilizing lgbtq folks and allies to shut down a statewide bill to ban gay teachers.

former cop dan white, who was elected to the SF board of supervisors the same time as harvey, was the only board member to vote against the non-discrimination bill. embarrassed and angered that his own bills failed, white resigned from his position on november 10, 1978.

in the following weeks, white reconsidered his decision and asked to be reappointed to his position. after being told during a radio interview that another person would be appointed to the board in his place, dan white set out to punish those he felt had humiliated him.

on the morning of november 27, 1978, dan white snuck into city hall through a side window & with a loaded 38 caliber smith & wesson,  and traveled to city hall. walked into the office of mayor george moscone, an ally of harvey’s & shot him 4 times, 2 shots to the head.

as dan white rushed through the hall searching harvey milk, he stop to reload his gun. when he found harvey down the hall, white shot harvey 5 times, two times in the head. the murders shocked an already devastated city who that just beginning to process the jonestown massacre.

in may of 1979, white was tried for 2 counts of 1st degree murder. however, the mostly older white & working class jury delivered a guilty verdict of voluntary manslaughter w/ sentence of just 8 yrs. for gay community, this was further proof that the justice system was anti-gay.

thousands marched to city hall to protest the verdict. some held signs that read, “pity for the privilege, death penalty for the poor” and “white(s) get away with murder.” as the crowd grew, the pain and disappointment quickly turned into collective rage.

outnumbered by the gays, cops retreated as the gays rioted at city hall breaking windows. when things subsided, folks headed back to the castro district. in retaliation, police descended onto the castro and invaded a gay bar later that night.

police violently struck gay patrons. still filled with complete fury and disdain of the police state and justice system, the gays fought back and set police cars on fire. by the end of the night, dozens of police cars were set ablaze and 20 people were arrested.

the white night riots are an important chapter in queer history. on the night of may 21, 1979, the san francisco gays challenged the police state and defended themselves from police violence. they set the city on fire.

the following san francisco pride, marchers held signs that read “lesbians against police violence” & “end police violence.” cops were seen as a threat to queer liberation. later that year, in november of 1979, close to 100,000 people marched in support gay rights in DC.

the white night riots signaled a continued a trans & queer revolution that was ignited during the stonewall uprising 10 years earlier. pride marches were political and even more so just two years later when the aids epidemic began its assault on the queer community

sadly, in many ways, the aids epidemic truncated the revolution that we were on the brink of by stealing the lives of those who knew our liberation could never be realized under the police state.

this pride season, may we all remember that stone wall uprising, which birthed gay liberation marches, now widely known as pride, was a riot. every culture shift for our basic human rights have been because of riots, uprising and direct actions. this year, honor black and brown trans women who risked everything to disrupt police and state sanctioned violence on that late June night in 1969. remember the white night rioters by banning police at pride events. Celebrating pride is working to abolish police.