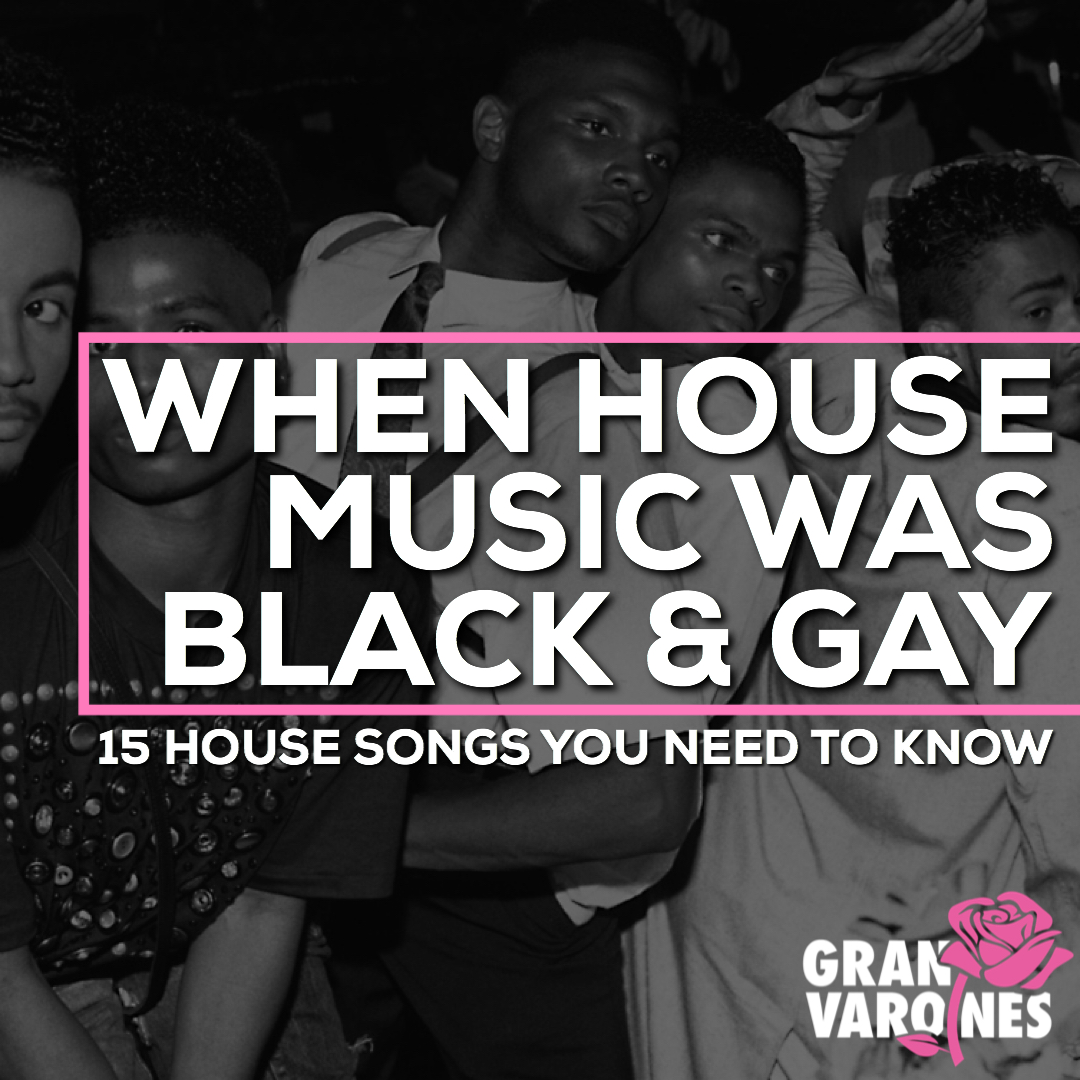 this weekend marks the 50th anniversary of the first pride events throughout the country. june 28, 1970, queer and trans folks marched to commemorate the one-year anniversary of the stonewall riots. pride events grew out of the anti-police protests led by Black and brown trans and queer folks. so remember to pause and give thanks.

and as we dance to the music that is often the soundtrack pride, let us all remember that house music is a genre created and pioneered by Black people. before it was called EDM and the go-to genre for white cis-het artists who have appropriated the genre, house music was often considered too Black and too queer for pop radio. now this Black pioneered music is what is considered pop music in 2020.

here are 15 house tracks by Black, brown, and queer artists that were soundtracks to the many prides i attended as a young person.

ten city “whatever makes you happy” 1990

ten city’s “whatever makes you happy” is the ultimate pride song. it sonic manifestation of the celebration of pride and Black joy!

ten city were one of the first chicago-based house groups to gain national attention.  the r&b/dance music trio consisted of singer byron stingily, guitarist herb larson and keyboardist byron burke. by 1990, the group charged several singles across multiple charts including both r&b and dance charts. “whatever makes you happy” served as the groups sophomore album’s lead single.

liz torres was THAT bih! one of the first chicago house singers to garner national notoriety, especially in gay clubs, liz was on the brink of a crossover breakthrough when she signed with a major label 1990, five years into her career. the result was the clivilles & cole (aka c&c music factory) produced “if you keep it up.” sadly, liz torres got lost in the shuffle of majors who were unable and often times adequately market dance/club artists.

“another sleepless night,” in my humble opinion, is one of the greatest dance songs in music history. i remember hearing it for the first time n early 1991 while listening to a dj spin live on a pop radio station in philadelphia. i was immediately pulled in bythe the chords, the lyrics, the production and miss christopher’s beautiful vocals.

released in november 1990, chicago’s own shawn christopher, “another sleepless night” topped the dance chart in early 1991 and became one of the few artists of the genre at the time to break into the top 40 on the pop radio airplay chart.

jomanda, a trio out of new jersey and signed to beat beat/atlantic records, were one of house music’s first girl group to achieve success at both the club and radio level. in 1991, the group had major cross-over success when their single “got a a love for you” peaked at #40 on the hot 100 and #1 on the dance chart.

1990 was a huge year for house music. producer driven groups technotronic and blackbox helped usher house music in heavy rotation top 40 radio. this was in large part due to dance radio stations that emerged in the last 1980’s. these radio stations were often the first to play songs that were popular in dance clubs. one of these songs was the italian-house duo behind the success of black box produced “i’m gonna catch you.” the song was a breakout hit in 1991.

adeva exploded onto the international club scene when her cover of aretha franklin’s “respect” charted inside the top 20 in australia and europe in the spring of 1989. she was dubbed the queen of house music after a string of club hits including “it should’ve been me.”

most people remember cece peniston for her breakout 1991 top 5 pop hit “finally,” but it was the follow-up single “we got a love thing” that made my ass run out & buy her album. there is an exururance and charm that shines through in every aspect of the steve “silk” hurley produce song.

“follow me” by new jersey-based trio aly-us is a cookout staple! released in 1992 on strictly rhythm records, one of the more successful house/dance labels in the 1990s, “follow me” was created in a basement using just a 4-track. the song’s thumping baseline, gospel inspired vocals and powerful lyrics “why don’t you follow me, to a place, where we can be free” immediately connected with house music lovers. the song remains one of the most enduring house songs at both dance and hip-hop clubs.

madonna’s “vogue” was released on march 27, 1990, “vogue” quickly became the most successful single of madonna’s career and reached #1 in over 30 countries. new york ballroom members jose and luis xtravaganza not only served as lead choreographers but were prominently featured in the “vogue” music video and introduced a glimpse of black and latinx ballroom culture to mainstream america months before the documentary “paris is burning” hit theaters.

in 1993, after touring the world with madonna, jose & luis were signed to sire records. “queen’s english”, featuring madonna on the hook, was released their only single. released during a time when house music was STILL black, latinx and gay, the song was regulated to gay clubs. however, the video did garner a few spins on BET’s daytime video show “video vibrations.”

before la india conquered salsa music as being anointed as la princesa de la salsa by salsa music icon celia cruz, she was a force in the dance genre. in the mid-1980s she was one of freestyle music’s most talented vocalists. as house music began to emerge in early 1990s, she became forged a musical partnership with producers masters at work and became one of the genre’s premiere vocalists. their first single together “can’t get no sleep,” which features vogue pioneer wili ninja in the music video, topped the dance chart in 1993.

juliet roberts “caught in the middle” 1994

miss juliet roberts has a brilliant catalogue of house songs that are unfortunately not available on music streaming platforms. one of my favorites is the 1994 hit “caught in the middle.” this song is top tier pop/dance music.

crystal waters is one of house music’s most popular and successful artists. her 1991 breakthrough hit “gypsy woman” was an international hit that alone would have cemented her place in dance music history. but crystal didn’t stop there! that her 1994 hit “100 pure love,” produced by the baltimore-based duo the basement boys, was another international hit reaching top 20 in several countries including #7 on the US hot 100.

chyle, if you ever need a song to get you and your spirit together, this is it! released in 1996, “don’t stop movin'” by livin’ joy was a worldwide smash reaching top 20 in multiple countries and peaking at #67 on the billboard hot 100.

in 2016, kevin aviance was ranked as the 93rd most successful dance artist of all time by billboard magazine. after dominating both the new york’s ballroom and night life, he transitioned into music. his cover of the george kranz 1983 cult hit, “din da daa” became a staple at every ball in 1997. some gurls would not even step on the runway if this song wasn’t playing.

ultra naté is one of house music’s most dynamic and enduring performers. she has been scoring top 5 dance singles since the early 1990’s. while her catalogue is impressive (do yourself a favor and stream her “situation: critical”), she is most remembered for 1997 global hit “free.”