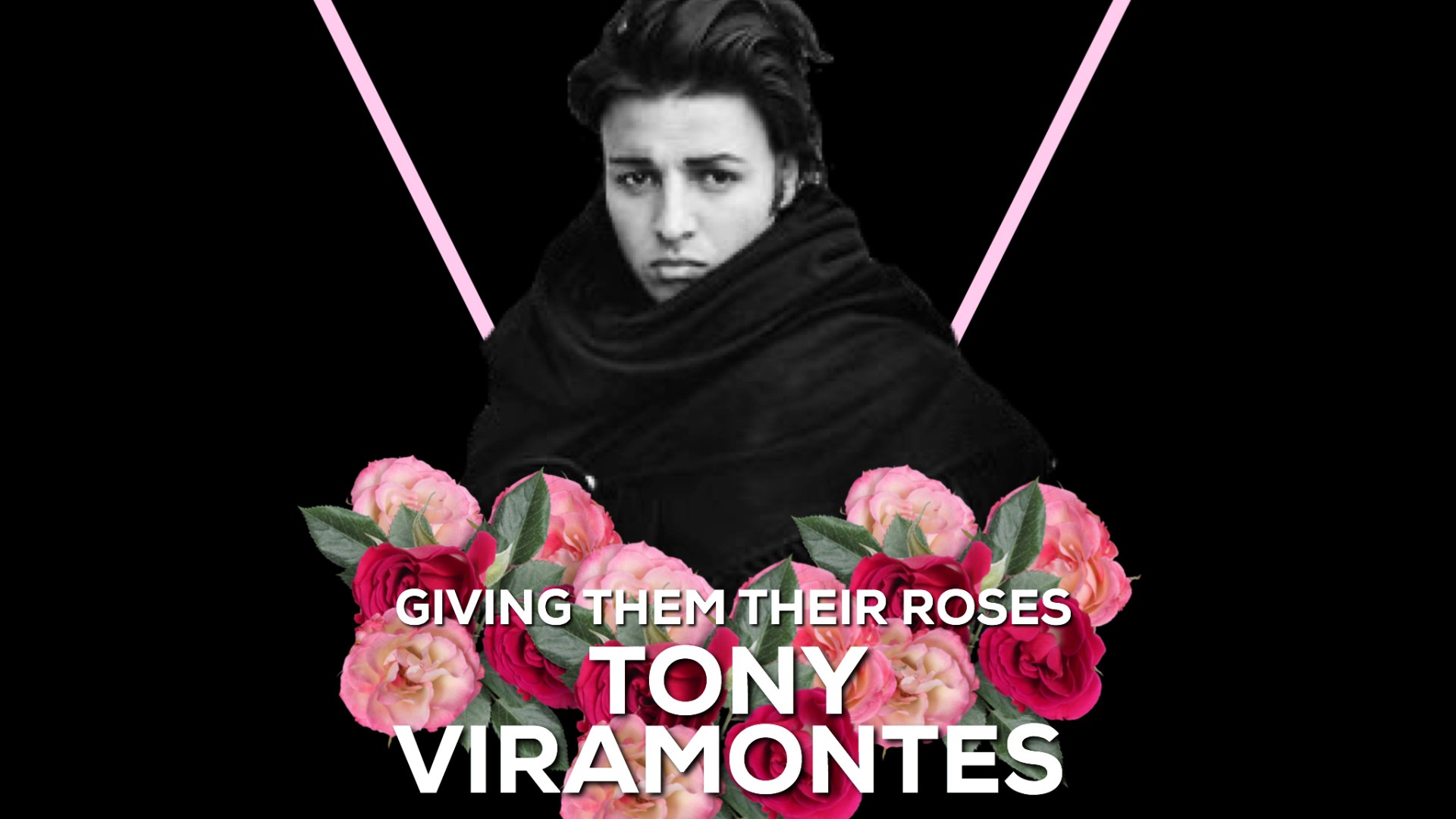 years before i knew who tony viramontes was, i knew of his art. sometime in 1986, three years before i began buying music on my own, my uncle took me to my first record store. as we walked into the store, i was in complete wonderment. it was the closest to heaven i had been as a young gay boy and the welcoming angel at the gate was janet jackson’s “control” vinyl album cover.

tony viramontes was one the most exciting and prolific fashion illustrators of the 1980’s. born in santa monica, california on december 8, 1956 to first generation mexican immigrants, tony found success in europe and japan in the late 1970’s and quickly became a much sought-after illustrator landing commissions from prestigious international fashion publications during a time when photography was the dominant medium.

tony used multiple illustrative techniques including pencils, markers, lipstick, charcoal, ink, and collaging photos to bring his bold visions to fruition. tony’s couture work challenged gender expression norms by depicting women as dominant, and confident in powerful poses with striking and hard-edged features while his images of men expanded the notions of masculinity by presenting them as androgynous and soft.

by 1985, the music industry took notice of viramontes and soon he was creating some of the decade’s most stunning album art including the duran duran spin-off group acradia’s “so the red rose,” donna summer’s “all systems go” and of course, probably his most recognized pieces, janet jackson’s “control” album cover.

at the apex of his career, viramontes worked with some of the most legendary fashion houses including yves st. laurent, valentino, chanel, perry ellis, and versace among others. sadly, just like his contemporary, puerto rican illustrator antonio lopez, tony’s life would be cut short.

tony viramontes died of AIDS-related complications on may 23, 1988. he was just 31 years old. his work and legacy was revived with the comprehensive study of his work in the book “bold, beautiful and damned: the world of fashion illustrator tony viramontes” released in 2013.