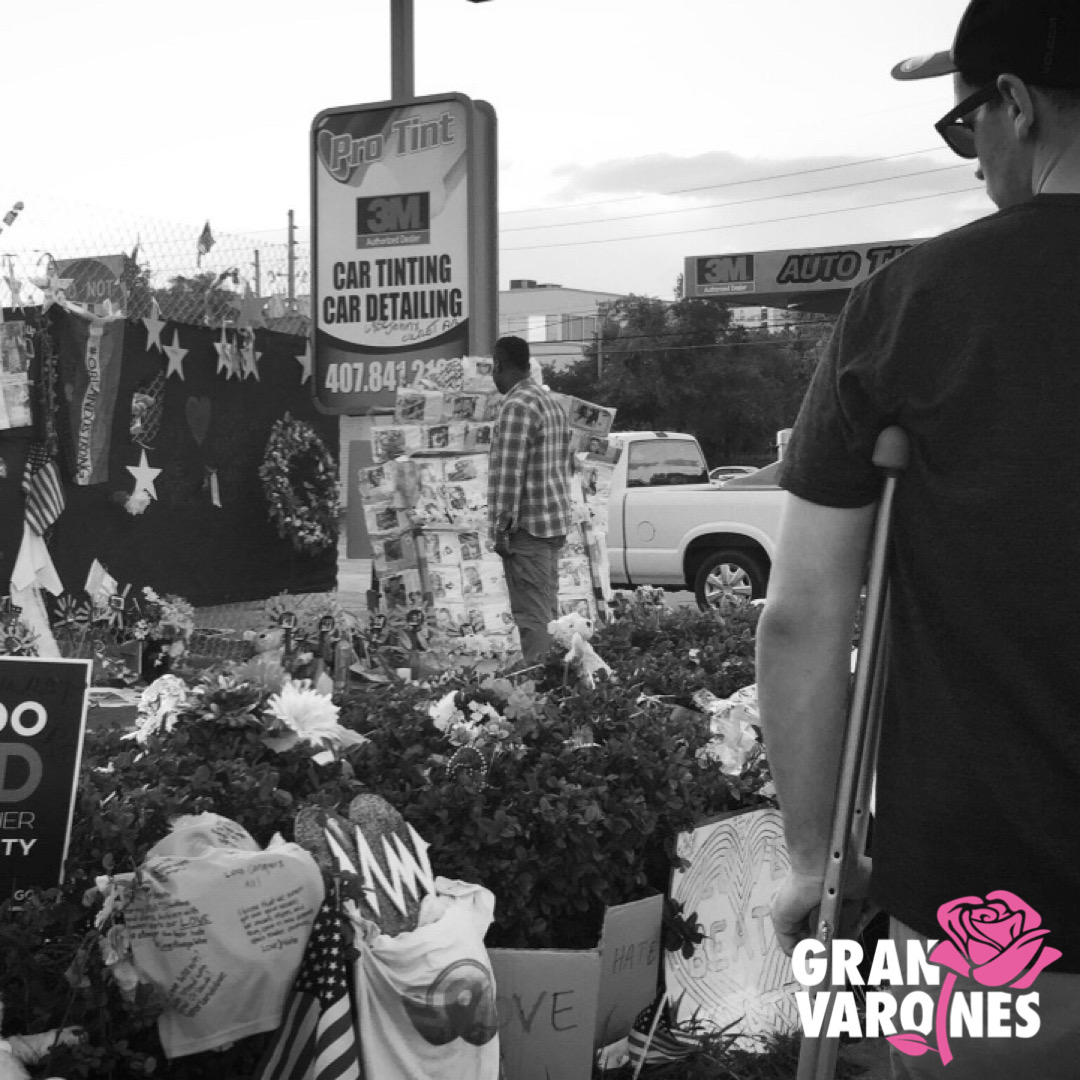 angel said “there are rainbows everywhere.” i looked around and saw that we were in fact surrounded by rainbows. the site of the bright colors is moving. at first but then you remember these rainbows are not because rain but because immense lost and pain.
.
yesterday, after landing in orlando, angel and i met for dinner. the connection was natural. the laughs flowed easily and freely. he told me about his new life in orlando and how he has been adapting. i listened and shared how much i try to avoid orlando because this is where my family lives. he laughed. i laughed.

he asked me “do you wanna go for a ride. i can show you downtown orlando.” i had time to pass before my GV team arrived in orlando so i said “let’s roll.” after about 15 minutes of driving, the car stopped, he looked over and said “pulse is around this corner. i want to go to the memorial. i haven’t been back there since that night. i feel like i can do it right now with someone as strong as you. will you go with me?” i immediately replied, “yes. of course.” i had two seconds to prepare my heart.

we walked over and were immediately greeted by a mother offering hugs. i gotta say, that hug sustained me because there were moments that my knees felt as if they would give way at any moment.

angel walked slowly and quietly. he began to tell me details of the people he knew and knew of. he told me about the varòn gamer and pointed to the game that a friend had left at the memorial by a picture. he told me how he survived that night. barely. he talked and i listened. somehow his talking, his recounting of histories provided me a foundation in which to stand on so that i could stand with him.

it was so humid, i thought we would faint there in the midst of great grief. i said, “angel, let’s get some water.” with sweat dropping down his brow, angel replied, “yeah, that’s a great idea.”