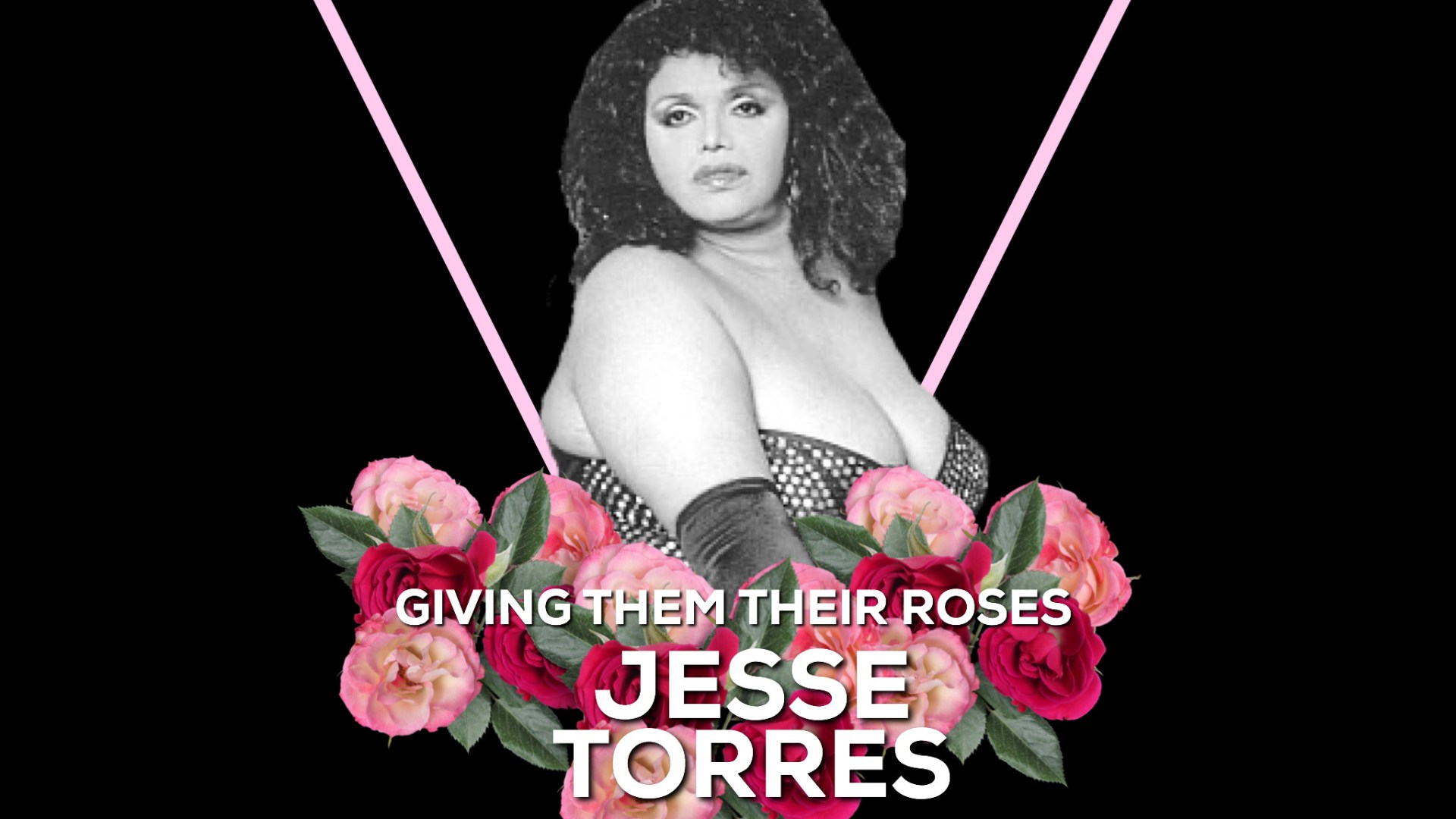 the telling of our history can sometimes confine people to one of two categories: those who made history and those who were a part of history. often times, it is the former that is celebrated and amplified. it is because of this that we have to search for any kind of proof that self-identified femme queens like jesse torres existed.

the story of jesse will not be found in a text book or on a wikipedia page. her story is found through the telling our other people’s story.

jesse torres, was featured in the 1996 bailey walsh documentary, “mirror mirror.” most of her scenes, which unfortunately are few, are of her speaking on the mic during drag shows while holding her purse.

to tell jesse’s story, i have to tell you about one of new york’s most popular trans and queer clubs, sally’s hideaway.

located on west 43rd street between 7th & 8th avenue, sally’s hideaway was frequented by trans women, sex workers, ballroom kids and all those that enjoyed a great drag show or pageant. owned by sally maggio, who befriended jesse years earlier, managed the club. jesse worked the door. many who remember jesse, recall her catch phrase being, “pay me back later.” she said this to anyone who couldn’t pay the door charge to sally’s. it was also her way of giving people time to turn a trick to the money to her back.

while the drag shows and balls (fun fact: the paris is burning ball featured in the 1990 documentary of the same name was filmed at sally’s) were the draw for many patrons, it was jesse’s welcoming spirit kept people coming back.

in 1992, sally’s hideaway was damaged by a fire. it would re-open just a few doors down as sally’s II, although most folks affectionately just called it “sally’s.” at this location, along with angie xtravaganza and dorian corey, jesse hosted a drag show.

by the mid-1990′s, sally’s would experience several blows that would eventually impact the club’s sustainability. the first blow was the death of club owner sally in october of 1993. jesse, who by this time was sally’s business partner, became the full time manager. the second blow was mayor giuliani’s aggressive “revitalization” of time square. the city forced many businesses and night clubs to shut down. sally’s was one of the last to go in 1997.

the last blow that would seal sally’s fate was the tragic and unexpected death of jesse in 1996.

there is very little proof in the digital world that sally’s and jesse existed. their stories continue to be treasured by those who not only called sally’s home but by those who survived the peak of the 90’s aids epidemic.

depending on how you read this dedication, jesse is either a person who created history or was a part of history. but by sharing a part of jesse’s story and speaking her name – we know that she did both. jesse created history that many are go grateful to have been a part of.