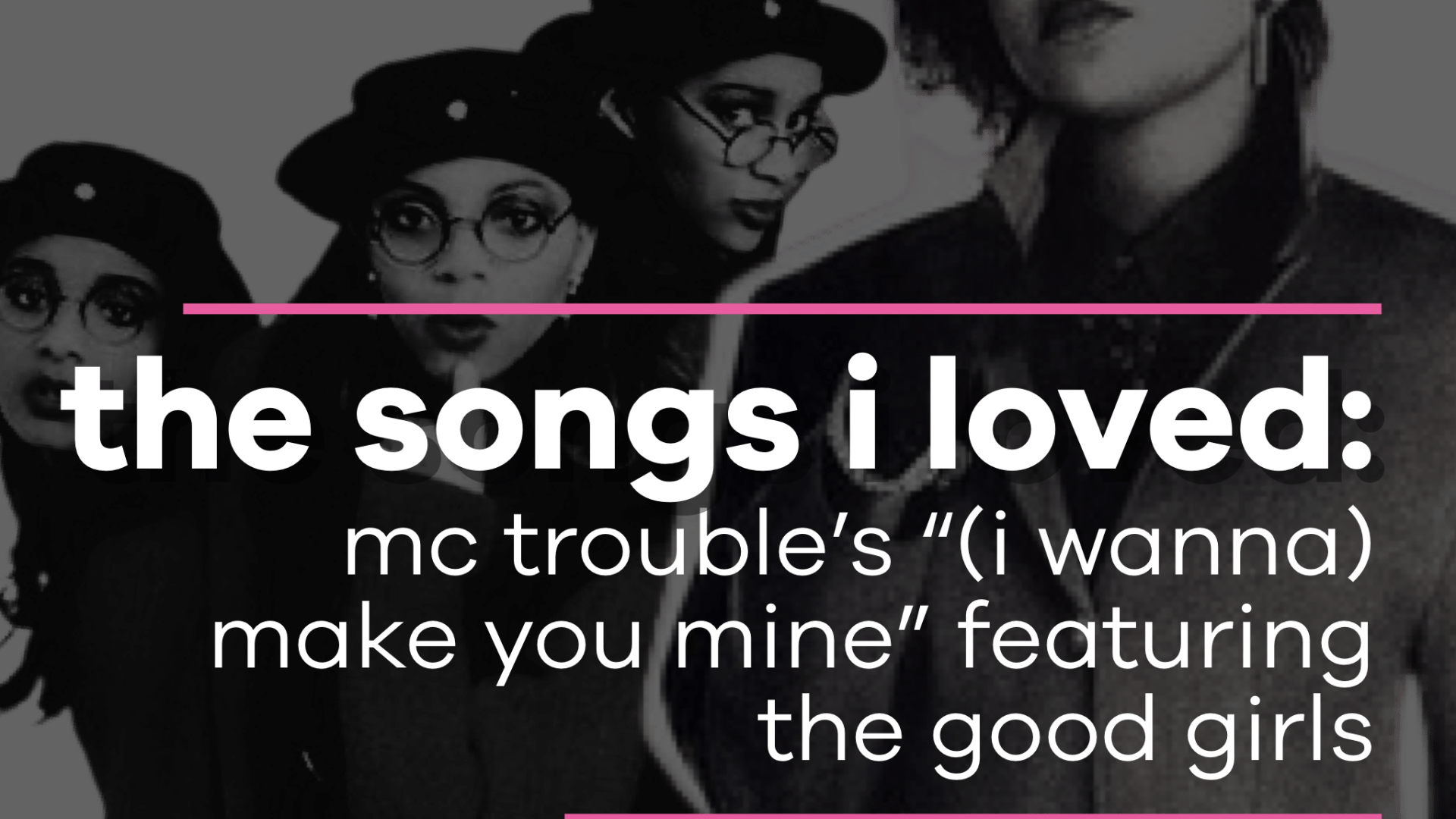 there was a time beginning in the early 1990s when highly choreographed hip-hop music videos were frowned upon and viewed as a legitimate threat a rapper’s street cred. however, that wasn’t always the case.

in 1990, even rappers were expected to be able to dance. while this was often attributed to oakland rapper mc hammer’s astronomical success in 1990 (thanks in part to his choreographed videos and live performances), new york-based hip-hop duos kid & play and salt n pepa, along with several other hip-hop acts, were releasing highly choreographed music videos in the late 80s. of course, many of these videos were not even given a fraction of the MTV mainstream exposure mc hammer received, these artists all helped to expand the art of hip-hop music videos.

one of the artists who understood the powerful combination of a great hip-hop/pop song and a choreographed video was los angeles’ own latasha rogers aka mc trouble. signed to motown records at just 17 years old after she garnered regional buzz in 1989 with “highroller’s girl,”, mc trouble was the legendary label’s first woman rapper.

what caught my attention was that the song featured the good girls. my fandom for the trio was at a fever pitch in the summer of 1990 and being able to get new music featuring my fave girl group was a fuckin’ treat.

“(i wanna) make you mine” not only highlighted trouble’s quick wit and sparkling personality but also demonstrated her ability to sing. the song garnered moderate success peaking at #15 on the billboard’s hot rap chart in august 1990. the song was poppy and catchy enough to warrant some cross-over success but in 1990, hip-hop crossover hits were still very far and few in-between.

mc trouble’s debut album “gotta get a grip” was released in the summer of 1990. it was the first hip-hop album i ever purchased. i still have it – on both cassette and cd.

sadly, mc trouble died in her sleep in june 1991, just one year after her breakthrough. i remember hearing the news via BET’s nightly news and being in complete shock. she was just 20 years old.

in 2022, women in hip-hop have not only managed to continue to redefine the visual of hip-hop music videos, but they have led the evolution of choreography and its natural connection to hip-hop.