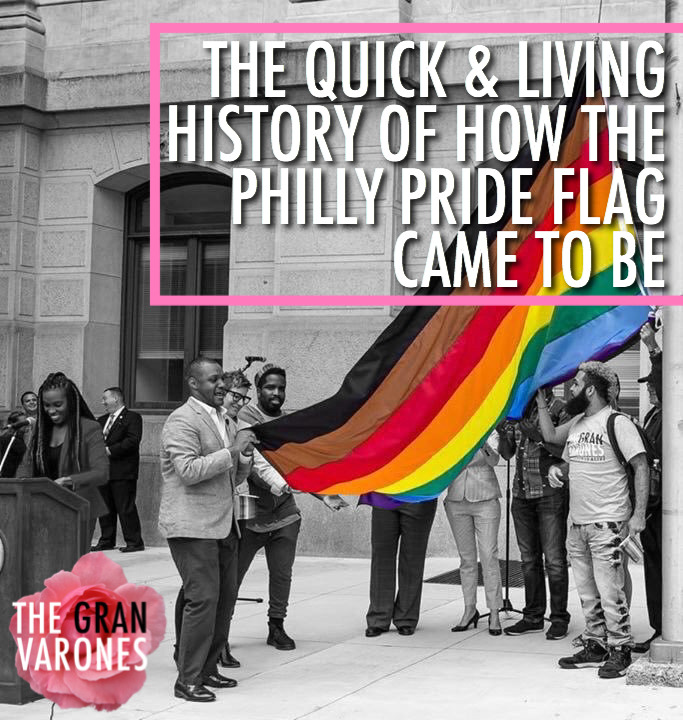 on june 8, 2016, after making national news for the pervasive anti-blackness in the gayborhood, philadelphia unveiled their new official pride flag. what made this pride flag notable was that it included black and brown stripes. while it was celebrated by many, it also pissed off many gays who said it was a publicity stunt and that the flag was ruined because it the additional stripes made it about race. ha!

in the two years since, the same gays who hated the flag are now the same ones waving it. mainly because the narrative about the reasons why the flag was created had been so watered down or frankly, just forgotten. .

here is a quick history.

in 2015, gran varones along with the black & brown cooperative, philly for real justice, act up philadelphia, journalist ernest owens and countless others began to sound the alarm on the anti-blackness and violence of gay club owners and lgbtq non-profit leadership. city officials discounted accused us of being the “problem” by “creating division” in the gayborhood.

spearheaded by the BBWC, we supported the successful campaign to get both the director of the office of lgbtq affairs and the ceo of the largest lgbtq organization in the state to resign. because of the campaign and strategic organizing and direct actions, the city created policies that would hold lgbtq businesses and organizations accountable for their anti-blackness. all of this was made possible but the same black and brown queer & trans folks who sacrificed their bodies, social capital and employment to demand accountability.

without the courageous work of the mentioned groups, sharron cook, christian axavier lovehall and many others,  this new pride flag would not be possible. may this be remembered 50 years from now.