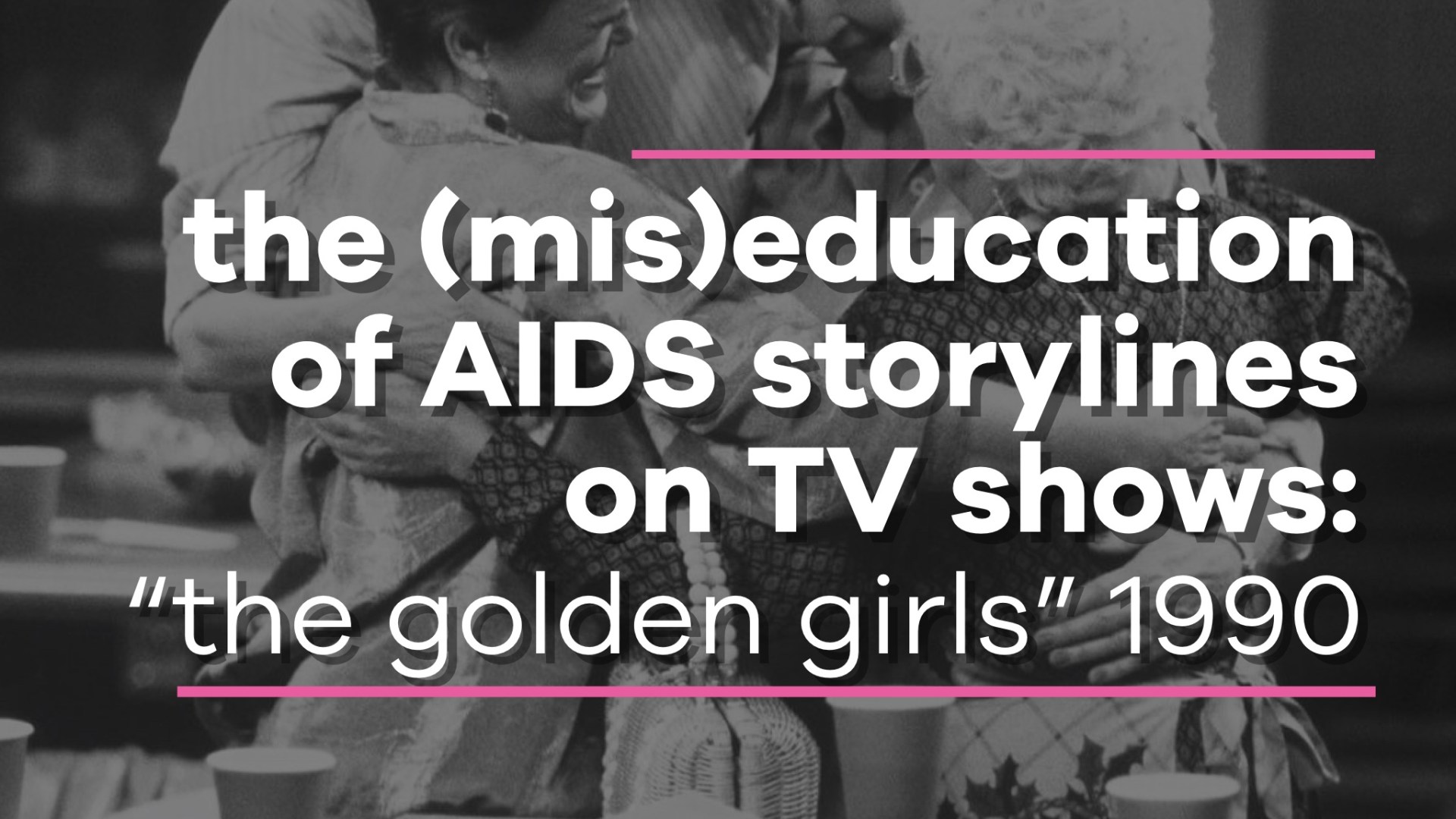 before the advent of social media and digital organizing, network television played an integral role in raising awareness about social issues. this often resulted in sometimes dramatic and/or awful “very special” episodes of popular sitcoms. this series unpacks and revisits some of these shows with a historical lens.

the golden girls is undoubtedly one of the most enduring and beloved sitcoms in television history. for seven seasons from 1985-1992, the sitcom about four older friends who live together in miami, florida. the show was both a critical and ratings success and introduced some of tv’s most lovable characters include rose nyland portrayed by the late legendary betty white.

like most sitcoms of the era, the golden girls tackled social issues throughout its run. one of the show’s most memorable issue-driven storylines is the season five episode entitled “72 hours” which highlighted the anxiety of HIV testing and its then-three day wait for results during a time when AIDS was still considered a death sentence.

premiering in february 1990, “72 hours” follows rose as she deals with the news that she may have been exposed to HIV. her immediate response was to be fearful of an HIV-positive diagnosis, during a time when treatment options were limited, and social stigma around AIDS was at a feverish peak. the latter is demonstrated in sophia’s (estelle getty) HIV-phobic behavior as she struggles to process the situation.

the episode’s message is punctuated in an intense conversation shared by blanche (rue mcclanahan) and rose. as the 72 hour wait takes it toll, rose vents to blanche, the character known for her sexual escapades, that “this isn’t supposed to happen to people like me. you must have gone to bed with hundreds of men!”

the comment highlighted a sentiment that had a hold on the american consciousness, that AIDS was a punishment. taken aback by the comment, blanche passionately responds, “AIDS is not a bad person’s disease, rose! it’s not god punishing people for their sins!” the response grounds rose and provides an anti-stigma message for viewers.

“72 hours” was groundbreaking in many obvious ways. unlike other AIDS storylines in sitcoms, the episode centered on anonymous HIV testing and the process as a whole. it also demonstrated the complicated reactions by loved ones, the power of support systems, and how HIV is an experience shared by community and not just one person.

while the episode challenged the already concretized trope that being persmusicous or hyper-sexual leads to an HIV diagnosis, it also relied on the “innocent” victim trope who became vulnerable to HIV through a blood transfusion. this trope was often used during this period of the AIDS crisis to drive home the point that “AIDS can happen to anyone” while inadvertently  creating a hierarchy of those who were deserving of sympathy and empathy at the top and those who “asked for it” at the bottom. thankfully, this is explicitly acknowledged in “72 hours.”

many 90s sitcoms that courageously dedicated an episode to AIDS, now often serve as a kind of historical marker of how things were and sometimes still are but “72 hours” is significant for helping to introduce HIV as an issue for the aging,  and that message still resonates today. according to a 2018 CDC report, 51% of americans living with HIV are aged 50 and older. this is in large part due to the treatment breakthroughs of the late 1990s and the advocacy of activists – young and old.

the golden girls helped provide a cultural shift that influenced how HIV was talked about and covered by media. in an excerpt from “golden girls forever,” betty white stated:

“Not only were people understandably afraid of AIDS, but a lot of people wouldn’t even admit it existed. So this was a daring episode to do, and the writers went straight for it. It’s interesting that they picked Rose for that situation. Blanche was such a busy lady, but if it had been her story it would have taken on a whole other color. But with Rose being Miss Not-Always-With-It, it came as a real surprise.”