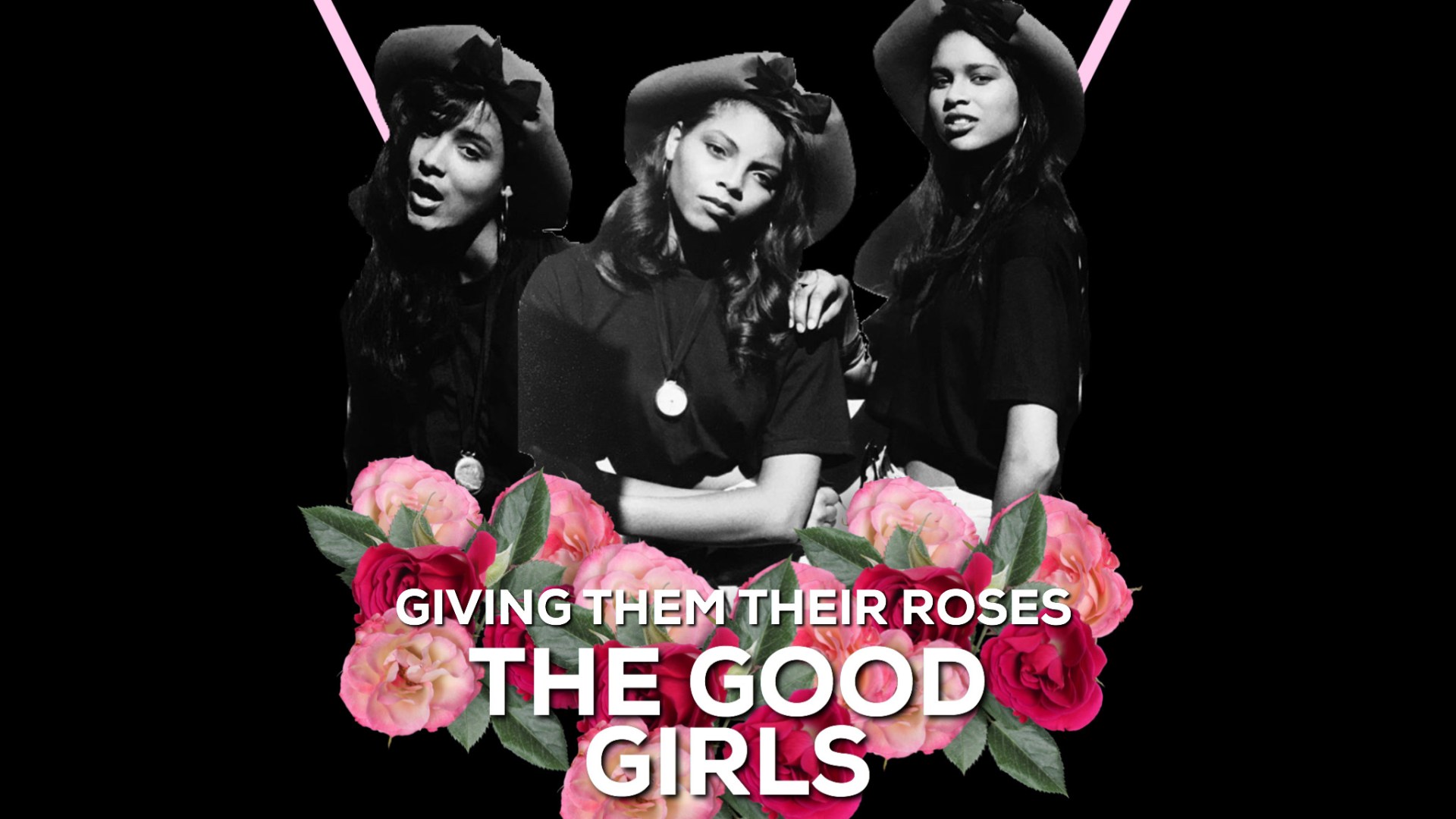 by the late 80’s, motown records, the label that invented the r&b cross-over sound in the 60’s, was struggling to remain relevant. with new jack swing dominating radio, motown signed several young acts to compete with the musical landscape. the good girls were one of those acts.

in late 1989, the good girls released their slammin’ debut single “your sweetness.” the song, which was heavily influenced by the teddy riley sound, was an immediate hit at r&b radio reaching #6 on what was then called the “black chart” in the spring of 1990.

i discovered joyce tolbert, shireen crutchfield and demonica santiago aka the good girls in the spring of 1990, when they performed “love is like a itchin’ in my heart” on the weekly syndicated show, “it’s showtime at the apollo.” i was in awe by their sound, the choreo, the hair & the catholic school girl outfits! it was in that moment i declared that i too, was a good girl.

i spent hours writing fan letters to the good girls during the summer of 1990. i kept the letters in a notebook. when my best friend robert and i weren’t doing janet “rhythm nation” choreography, we were lip-syncing and performing the good girls routines for anyone who would watch including my late aunt blanca who encouraged us to enter talent shows.

the good girls’ success was limited for many reasons. they were seen as bubble-gum pop and even in 1990, the catholic school outfits were read as too “cutesy.” britney spears would ride that same esthetic to pop domination a decade later. sadly, after releasing just two albums (“all for your love” in 1989 and “just call me” 1992), the good girls disbanded. just as well because the new jack swing sound ended around the same time. coincidence?

i still love the good girls. i still dance their routines whenever i am home alone. i still fantasize about meeting them. their music brings me back to a time when i worshipped girl groups not because they were famous, but rather, because they were my saviors.