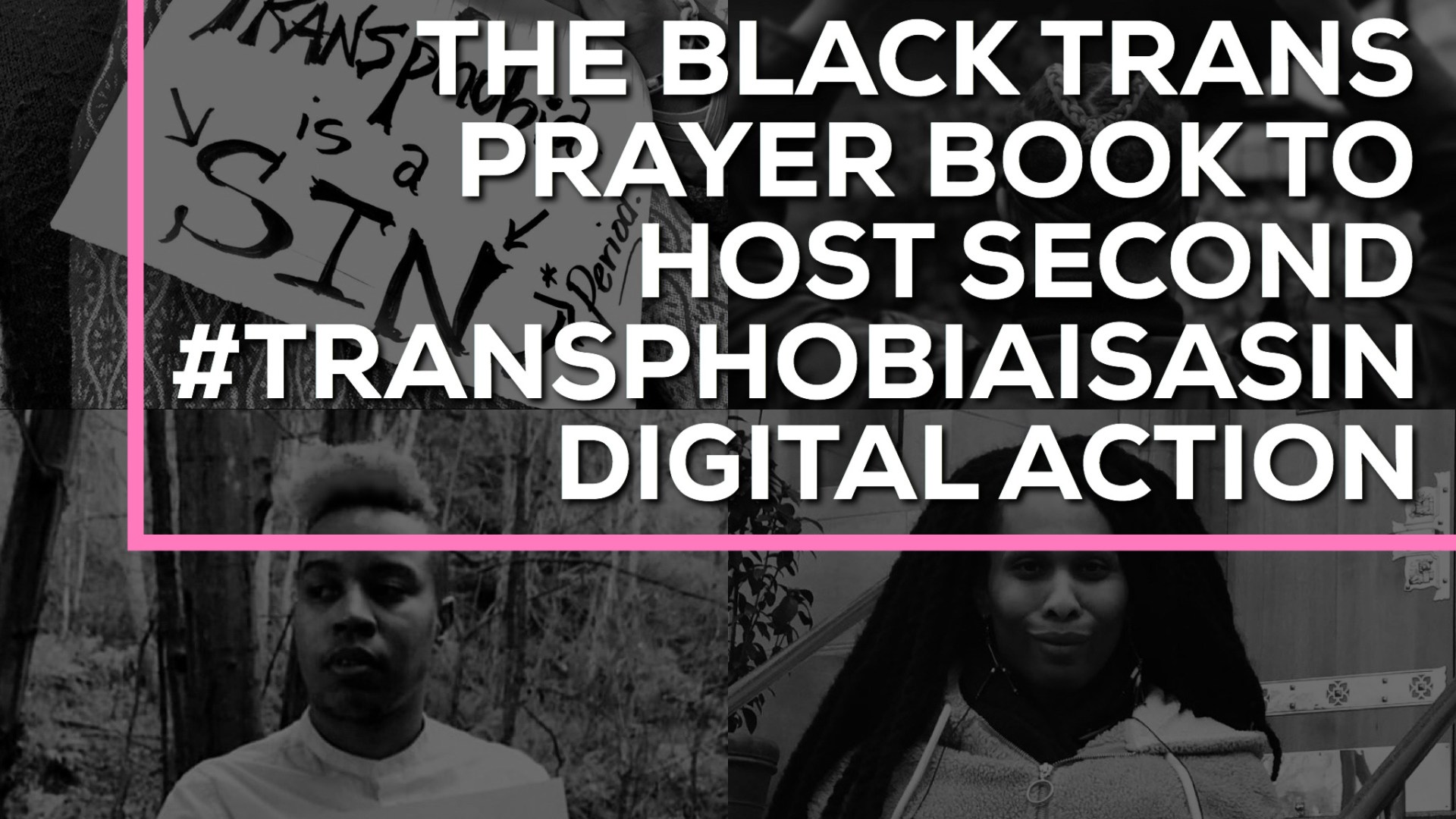 Last year, over 600 people from at least 6 countries on 3 continents participated in the inaugural digital media action #TransphobiaIsASin. Both a call to action and effort to amplify the issue of religious-based violence that Transgender people experience, #TransphobiaIsASin is proof of the power of social media.

Inspired by the work both J Mase and Lady Dane are doing with the Black Trans Prayer Book, an interfaith a book of prayers, meditations, poems and stories that center the spiritual realities of Black trans people, #TransphobiaIsASin is direct response to the trauma Trans people have experienced in religious settings. I reached out to J Mase III, who I know from my old stomping grounds in Philadelphia and even worked with him on my first digital media actions called “Start Rhyming, Stop AIDS” almost a decade ago, to find out more about #TransphobiaIsASin.

Louie: How did the idea of a digital actions/social media campaign come about?

J Mase III: There was a day when we were talking to a group of other Black & Brown Trans folks and someone said, “Oh, I could never support a project like that because I have too much religious trauma.” And we were like, “That is exactly the point.” We have been doing this project BECAUSE Black & Brown Trans folks have religious and spiritual based trauma they do not deserve and should have tools to heal from. This action gave us space to engage more Trans folks and solidarity partners on our right to disrupt and heal from religious and/or spiritual based violence and harm. What we know is that religious violence turns into familial violence, domestic violence, sexual violence and political violence. Disrupting that, means cutting off white supremacist and transantagonist theologies at the root. This is one way we have been working to do just that.

Louie: There was a great response last year, what are your hopes for this year’s action?

J Mase III: This year, and every year, for us it is about holding religious institutions accountable and saying you cannot keep causing harm to Trans people. In every religious group I have ever worked with, there is a consistent belief, that we are more than just our physical selves. No one captures that more than Trans people, who are given language for their bodies by cis people, and say no to that. We are given a path, and we manifest a new one. We want more Trans folks to know they have a right to healing, and being cared for, and we want religious institutions to stop lying about who Trans people are and spearheading the frameworks that cause physical, mental and sexual violence against us. We want to change how folks define who is worthy.

Here some questions and answers for anyone interested in participating.

When does this year’s #TransphobiaIsASin takes place?

This Wednesday, January 15th on all social media platforms

What is the purpose of the campaign?

To call attention to, and disrupt, the religious violence trans people experience everyday.

Anyone and everyone who is invested in reframing the conversation around trans people in faith spaces and ending religious based violence against trans people.

How do I participate?

First step: Take a picture of yourself with a sign with one of the following lines:

Second step: Use the hashtag #TransphobiaIsASin