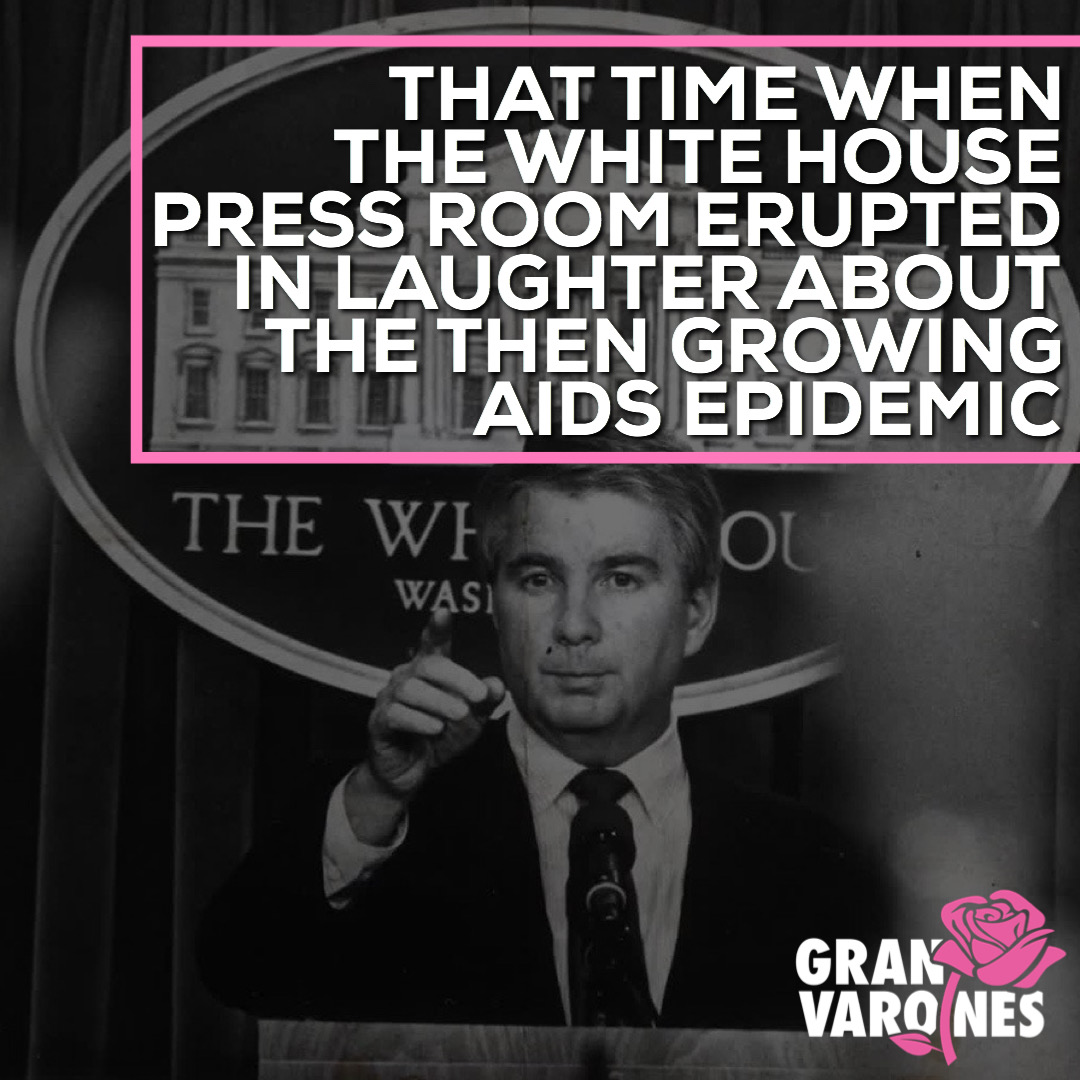 a few days ago, i logged into this very account and saw that a mutual posted a meme that read, “900 people get coronavirus and the whole world wants to wear a surgical mask. 30 million people have AIDS but still nobody wants to wear a condom.” at first, i thought, is this a hot take that is so hot that even my poz ass doesn’t get? but after a minute or so, i’m like, “nah. this is stigmatizing trash.” sadly, i wasn’t surprised.

social media and even a substantial amount of the press coverage about the covid-19 (coronavirus) has been anti-asian and xenophobic as fuck! hell, it was also even been a called a “hoax” by tr*mp. of course, none of this is surprising because AIDS history has taught me that people in power and those who write about that power, have at one point willfully minimized, disregarded and laugh about AIDS and the growing deaths of gay men.

in an october 15, 1982 white house press briefing, as the aids epidemic was growing already claiming 853 lives, journalist rev. lester kinsolving asks deputy press secretary larry speakes if then president reagan has any knowledge of aids – then referred to as “the gay plague.” this was the first public question about aids posed to the reagan administration. the question is met with laughter and disregard by both the deputy press secretary and reporters.

by 1984 the aids epidemic later became one of the most devastating pandemics in human history. all during the first term of reagan’s presidency. he was re-elected in an historic landslide victory. this was two years after a member of his administration laughed about AIDS. reagan himself would not utter the word “AIDS” in a speech until 1987. by then more than 20,000 americans had died of AIDS.

history repeats itself over and over.

so my question is are you laughing and making jokes about coronavirus that are intentionally or unintentionally reinforcing stigma? are you just straight up being anti-asian and/or racist? are you letting those in your family and intimate circles do these things? this kind of interrogating and examination is critical because what history tells us it that stigma and hate spread faster and kills more than most viruses.