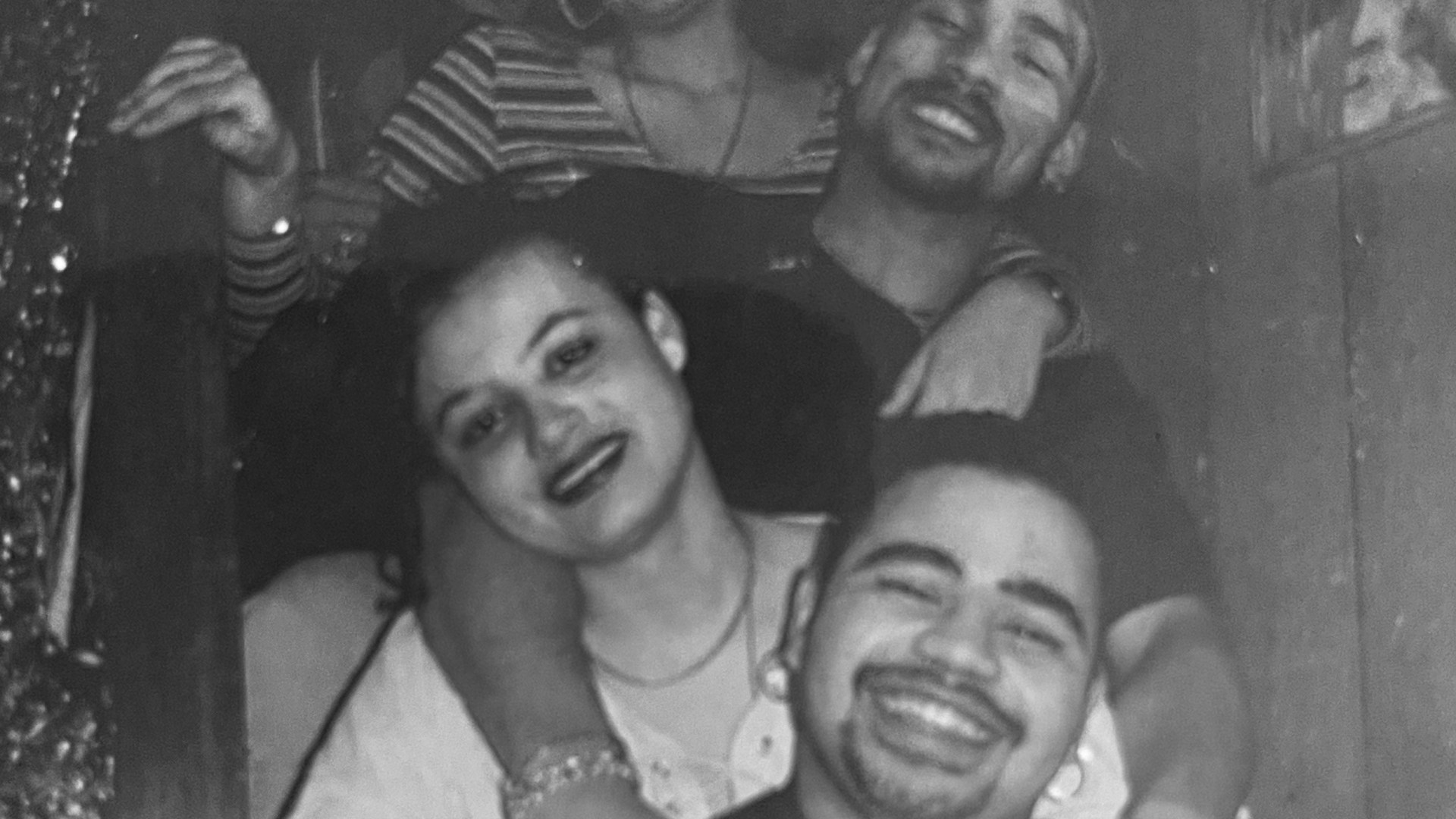 We didn’t grow up celebrating Noche Buena. My mother didn’t bake cookies and we didn’t drink coquito. Chyle, I didn’t even know what a Parranda was until I was well into my 20’s. My mother, who was essentially estranged from her family, didn’t have any traditions to pass down. So Christmas and every damn holiday were like Tuesdays and Thursdays – we just got through them. The saving grace was that we got through them together.

So when my mother moved out of the house right before Christmas in 1993 to live with her boyfriend, I struggled to get through the holidays alone. I could have gone to a family member’s house but my brothers and I seldom felt welcomed so I just stayed in bed that entire day. I know this because I still have my diary from that year and this is my entry at 8pm on December 25, 1993.

“I didn’t feel good today so I just laid in bed. Today was not a good day. I got some Chinese food and watched tv all day. I just ironed my red pants. I am wearing them with my red suede vest that Marilyn stole for me from Kmart. That’s my homegirl. I wonder what she is doing. I am going to get dressed and dance. I finally learned some new choreography.”

I remember dancing, which typically meant that I was performing an entire one-man concert to Janet Jackson songs in my bedroom, when my friend Oscar called to ask me what I was doing. Of course, I didn’t tell him that I felt like shit, alone and sad – I was too ashamed. I like to believe that he knew because he said “Bitch, what you doing? I am on my way to pick you up.”

It wasn’t long before he was at my house. To my surprise, he was with Jose. Just a year earlier, I was in love with Jose. Or at least I thought I was. We were actually pen pals for a few months before he dumped me via letter. And at 17 years old, I thought my heart would never heal. But I digress. After an uneventful reunion, we wound up at our mutual friend Vicky’s house. She had the house to herself. We spent the entire night laughing, dancing and singing to our favorite songs. I am sure I danced the Janet “If” routine because I did that shit everywhere I went. It was my one cool trick.

I remember feeling like I finally belonged with the “cool” kids. Vicky, Denise, Jose and Oscar, were not only best friends, but they all went to school together and summer camp. Chyle, they even worked together McDonald’s. They did everything together. They were legit the Puerto Rican “Save By The Bell.” So my being with them, on that lonely holiday, meant the world to me. It was my introduction to “chosen family.” It would be this memory that would help me set the foundation of what I wanted my chosen family to be and to feel like. Well, minus the “Save By The Bell” overtones. Even I have my limits.

It was one of the last times we would all be together. Maybe the universe knew that this night had to be documented because Vicky had just a few more shots in her kodak disposable camera for us to capture our time together in a photo. I cannot remember who shot the photo or who’s idea it was for us to pose on the steps.

As the year ended, we all drifted apart and slowly fell out of touch. Jose moved to Puerto Rico. Denise moved to New York a few months later and I have not seen either one of them since. Vicky passed away a few years later. Oscar and I tried to hang on to our friendship but time and life proved to more than we could handle.

As an adult, I have accepted that the holidays are always hard for me. I am a parent now and I don’t have those “traditions” to pass down to my son. I don’t bake cookies but I have friends that do. I don’t make coquito but I have friends that do. While I don’t celebrate Noche Buena, I do have Christmas dinner with my cousins, my aunt and my nieces. I still have never been part of a Parranda but my cousin blasts Reggaeton as we all dance around the house. I still struggle with not having traditions to pass down to my son but it becomes easier every time my son reminds me of what we did the year before. He reminds me that our tradition is simply being together.

I share this story because it is my hope that if you are feeling alone, isolated and down, please reach out to your friends. I also hope that our friends will check in and reach out to those of us who may not have “families” to spend the holidays with. It is crucial that we remind each other that we are loved and that family is what we make it.

Holidays will always be hard for me. I will always struggle to redefine them. And that’s okay because now I am no longer as afraid to reach out friends and ask “bitch, what you doing?”