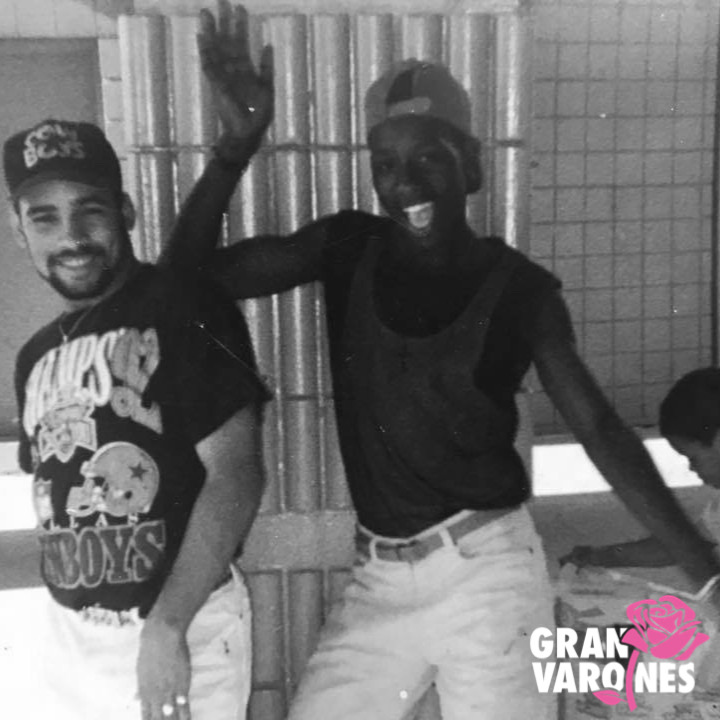 chyle, we didn’t have a car so didn’t take day-trips out of the city, we took them to the franklin mills mall, philadelphia’s largest mall – via public transportation.

anyone who grew up in philly in 1990s, knows that catching public transportation to franklin mills (now called philadelphia mills) was an excursion in itself. we had to catch one bus to el train and then ride the el train to the train terminal and then catch another bus to the mall. that shit took at least 2 hours. but that’s what made going to that mall special. it was our opportunity to travel. we didn’t go often but chyle, when we did, we planned that trip for an entire week. what we were gonna wear and what time we gonna leave. obviously, by the looks of this picture, we wore our sunday’s best.

this photo was taken on july 18, 1993, right outside of the mall. you can see my younger brother alfredo in the back already planning how he gonna break his new toys. somehow, i was a fan of the cowboys. i am sure it must have been the color scheme cuz i have never watched an entire football game. get up into my gold rings. i am wishing i wore the outfit robert had one cuz it was lit af.

we took damn near the whole family. my brother ray, alfredo, tony and nicholas – who also brought candy, his girlfriend at the time, along. i remember buying toni braxton’s debut album – on cassette from sam goody. i remember the day being and feeling beautiful. it was a perfect day.

this was our last trip to the mall together as a group. nicholas and i already seldom did anything together and after this day, we would only hang out when there something to process. robert and i traveled right every record store in the city. often times with my younger brothers in tow because i was always babysitting.

i am so grateful that we had a disposable camera that rare day we were all together to capture a few photos. it serves a visual reminder that we were there and we are will always be here.