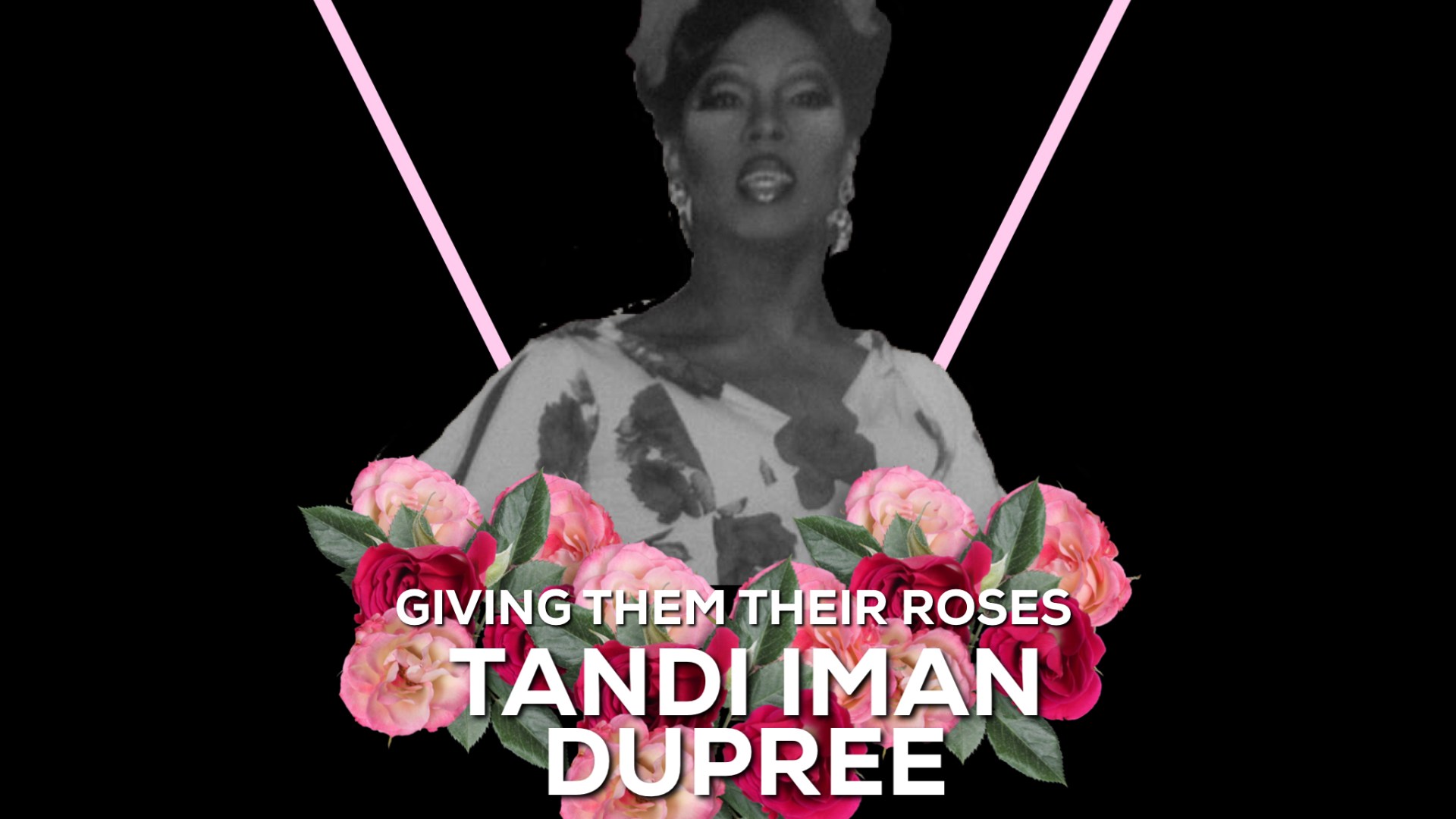 the most iconic drag performance entrance and possibly one of the, if not, the most influential, did not take place on “rupual’s drag race.” in fact, it took place long before most folks even imagined a reality show about drag queens.

miss tandi iman dupree was born on august 13, 1978 in memphis, tennessee. after serving as co-captain of her high school majorette squad, tandi began to make a name of herself when she began competing at local club performing high energized routines that she choreographed.

miss tandi would later take her act from the club to the pageant circuit. she traveled to texas, florida, atlanta and washington, d.c. working to build her profile before competing in the black miss america pageant.

snatching the crown at the black miss america pageant was tandi’s dream. so when she competed in 2001, she was not pulling any punches – especially for the performance category.

it was at this pageant that miss tandi cemented her place in drag performance history when she literally descended from the sky and into a full split as – in heels! performing bonnie tyler’s 1984 hit “holding out for a hero,” miss tandi, dressed as wonder woman left the audience in complete awe. legend has it that miss tandi broke her heel during the landing but still managed to give the performance of a lifetime.

despite the performance being nothing short of impeccable from start to finish, miss tandi finished fourth in the pageant.

miss tandi iman dupree never saw her dream of being crowned miss black gay america. she died from complications of HIV on december 31, 2005. she was just 25 years old.

miss tandi’s impact continues to show up in pop culture. in a 2012 episode of glee, a character performers a full split while singing “hero.” miss tandi was also given a tribute nod during an episode of rupaul’s drag race all stars 5.