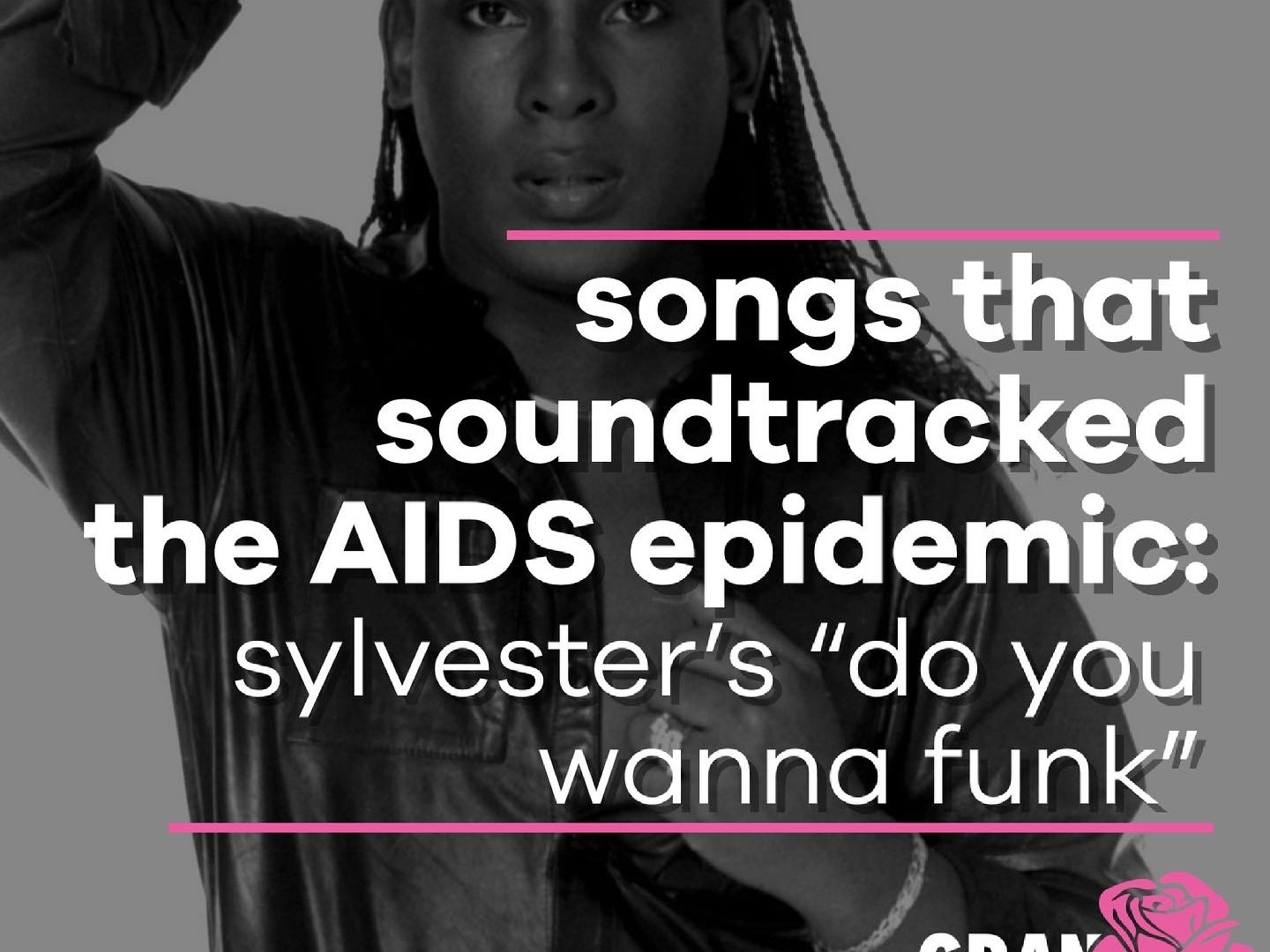 sylvester was more than the beloved literal queen of disco, he was a prophet, a visionary, and a savior. literally. sylvester believed that god was found on the dance floor and sylvester’s ability to transform a stage performance into a full-on religious experience, was proof that god herself said, “let there be sylvester!”

sylvester set international dance floors on fire in 1979 with the now-classic “you make me feel (mighty real).” originally penned as a mid-tempo piano gospel-tinged ballad, it was queer electronic-music-pioneer patrick cowley, that transformed the song into a pulsating synth masterpiece that not only cemented sylvester and patrick as legends but laid the groundwork for electronic dance music that still dominates pop culture today.

god said, “let there be sylvester!”

in early 1982, months before the new york times published the first mention of the term GRID (gay-related immune deficiency), patrick was admitted into the hospital for what was still then being called “gay plague” or “gay cancer.” his health was quickly deteriorating and when he began to demand to be allowed to die, sylvester was called by friends to minister to patrick. sylvester held patrick’s hand and begged him to live. sylvester reminded patrick that his work wasn’t done and that the world was waiting for another of their magical collaborations. “get your ass up out of bed, so we can go to work.” sylvester’s words were anointed! patrick was discharged from the hospital days later.

god said, “let there be sylvester!”

after being nursed back to a sibilance of health, patrick got to work on producing the song that would not only usher in his brand of Hi NRG music to mainstream radio, but helped remind the world why sylvester was the undisputed queen. sylvester, was the proverbial phoenix that rose from the ashes of the so-called fiery death of disco in 1979.

released on july 4, 1982, almost a year to the date of the first published report about AIDS in the new york times, “do you wanna funk” became one of sylvester’s biggest international hits, peaking inside the top 10 in several countries throughout the world. a year later, the song would garner mass exposure when it was featured in the 1983 box-office hit “trading places” starring a then-up and coming eddie murphy.

written by sylvester and produced by patrick, “do you wanna funk” is one of the few enduring gay anthems written, produced, and performed by queer folks. the handclaps, the cowbell, and sylvester’s celestial vocals over the pulsating beats that command the body to gyrate are proof that god can be found on the dance floor.

by September 1982, after the advocacy of queer activists, the CDC began to use the term AIDS in place of the homophobic and scientifically incorrect “GRID.” news media eventually followed. sadly, the hysteria and anti-gay rhetoric largely influenced by the terms GRID, gay cancer and gay plague, continued to inform the media coverage and the political response to AIDS.

on november 12, 1982, sylvester was literally about to perform in “heaven” – the name of the night club in london, when he got word that his longtime friend and collaborator patrick cowley had died of complications of what was now being called AIDS. he was just 32 years old. there on heaven’s stage, sylvester performed “do you wanna funk” and dedicated it to his friend patrick.

sylvester died of complications due to AIDS on december 16, 1988. he was 41 years old

sylvester’s soaring falsetto and patrick’s influential productions continue to soundtrack the queer club experience. their legacy continues to tell the stories and history of AIDS that we must never forget. in 2021, “do you wanna funk” was featured in the HBO max drama “it’s a sin,” a show about the early years of the AIDS crisis in london.

god said, “let there be sylvester” and so it was.