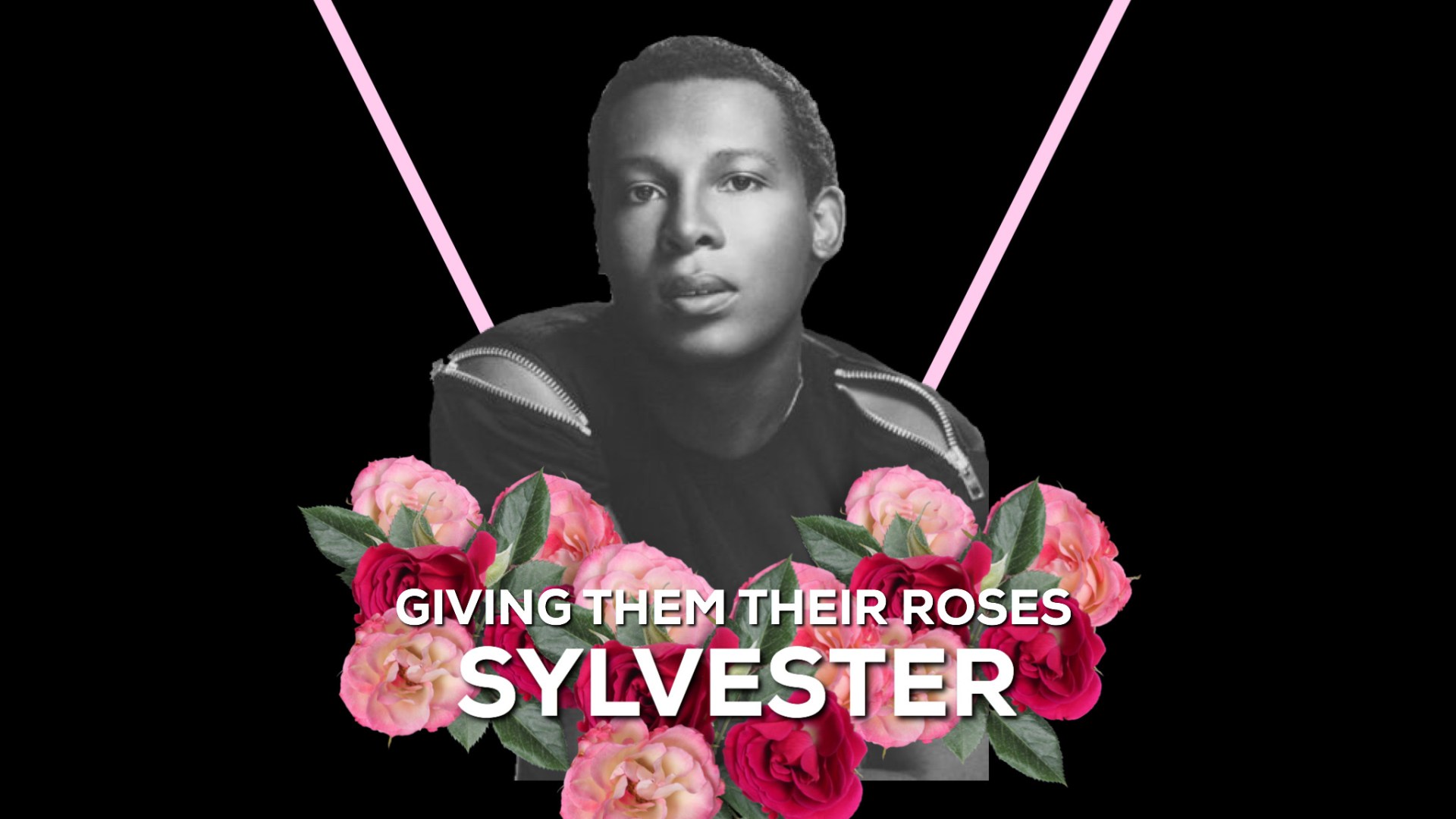 sylvester, believed that god was found on the dance floor. his live performances were a revival and his lyrics were that of anointed sermons, “you are a star. you only happen once.”

proclaimed the literal queen of disco during the genre’s peak in the late 1970’s, sylvester set both the world and dance floor on fire with the release of the now classic “you make me feel (mighty real).” originally penned as a mid-tempo piano gospel ballad before electronic music pioneer patrick cowley transformed the song into a pulsating synth masterpiece, “you make me feel” not only catapulted sylvester into global stardom in 1979, but laid the foundation for electronic music that can be heard in pop/dance songs by lady gaga and dua lipa.

by the start of the 1980’s, disco music, which had always been rooted in black and queer culture, was driven underground. sylvester signed with the san francisco-based gay-owned megatone record label, and continued to collaborate with cowley. their partnership resulted in several club hits including the unapologetic and influential “menergy” (1981) and “do you wanna funk” (1982).

released on july 4, 1982, almost a year to the date of the first published report of AIDS in the new york times, “do you wanna funk” became sylvester’s biggest hits since “you make me feel” peaking inside the top 10 in several countries. sylvester was literally performing in heaven – a night club in london on november 12, 1982, when he got word that his friend and musical partner patrick cowley had died of what was still called gay-related immune deficiency (GRID).

as stigma and hysteria of AIDS tightened its grip on the consciousness of america for the better part of the 1980’s. sylvester’s music and soaring falsetto continued to the soundtrack the queer club experience during a time when the last dance was literally the last for many.

sylvester released his final album “mutual attraction” in 1986 and scored his final top 20 r&b hit with the pulsating dance song “someone like you.” the song’s accompanying music video was directed by and featured world renowned choreographer debbie allen. on december 31, 1986, sylvester appeared on the late show starring joan rivers to promote “someone like you.” during his sit down interview, joan noticed and commented on the wedding band on sylvester’s hand. “who are you married to?” joan asked. on live tv, pre-marraige equality movement, sylvester answered, “rick.”

during this same appearance, sylvester mentioned AIDS and the importance of taking action and raising awareness. he also let miss joan have it when she asked, “what did you say when your family found out you wanted to be a drag queen?” sylvester responds, “i’m not a drag queen. i’m sylvster!”

in sept of 1987,  sylvester’s husband, rick cramner died due to AIDS complications. the night after rick’s death, sylvester performed at the victory party for the 1987 softball world series. he sang his now legendary cover of patti labelle’s “you are my friend.”

sylvester was invited to serve as grand Marshall for the June 26, 1988 San Francisco gay freedom parade. he declined and chose to march as part of the people with AIDS contingent. the crowd did not immediately recognize sylvester but once got word got around that the gaunt person in the wheelchair was their beloved beloved diva, the crowd fell silent. then they began began to cheer and shout “sylvester! sylvester!”

on december 16, 1988, sylvester, the black queer visionary who bent gender, musical genres and time, became an ancestor when he died of AIDS complications. his mother and sister were by his side.

more than 40 years after sylvester changed the sound of pop music and redefine the gender norms expected by pop music performers, his legacy helped set the path for artists like rupaul and boy george as well as laid the foundation of what later become house music. in 2015, sylvester was inducted into the dance music hall of fame.

in late 2020, Amazon released “love me like you should: the brave and bold sylvester,” mini-documentary “about sylvester’s life.