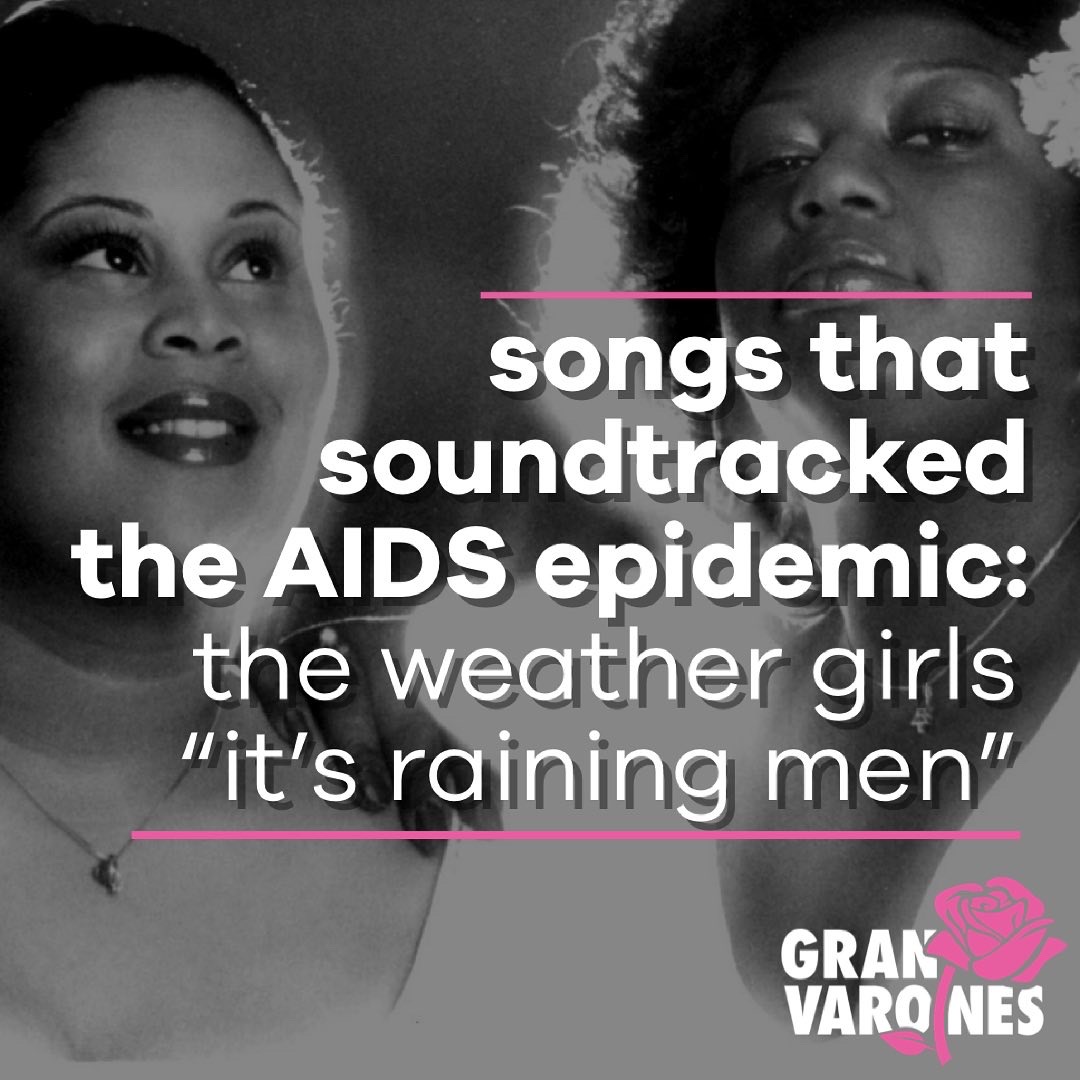 what would the world’s dance floor sound and feel like if it weren’t for gay anthems? how would we bond, survive plagues, discover liberation, and dance? how might we forget about our broken hearts, if we did not have a gay anthem, blasting in the background of our lives? “it’s raining men” by the weather girls, is one of those songs.

martha wash and izora armstead began performing in the late 1970s as two tons o’ fun, the backing vocalists for disco legend sylvester. by 1980, the duo struck gold on their own, releasing a pair of commercially disappointing albums. it wasn’t until the group teamed up with oscar award-winning songwriter paul jabara, producer of donna summer’s “last dance” and her duet with barbara streisand, ““no more tears (enough is enough)”, that martha and izora’s gay cultural iconism was cemented.

written and produced by paul jabara and then-musical director for david letterman, paul shaffer, “it’s raining men” was offered to donna summer, cher, barbara streisand and diana ross but they all turned it down. they all believed that the song was too outrageous (code for SO DAMN GAY!), a sentiment was shared by many. it was then that jabara called up martha and izora to record the song as the weather girls.

released in september 1982, just as the queer-led Hi NRG and nu-disco sound were emerging,  “it’s raining men” was an immediate club hit, topping the billboard dance chart by that december. the song would also become a moderate crossover hit in March 1983 when it peaked at #46 on the hot 100. martha and izora’s vocal performance helped the song garnered a grammy nomination for best r&b performance by a duo in 1983.

in hindsight, “it’s raining men,” along with miguel brown’s 1983 anthem “so many men, so little time” thematically serves as a sonic glimpse into the window of the sexual revolution of the 1970s and the world that was beginning to emerge, as AIDS began its assault on gay men. the very men that rained from the sky, were now ascending back into the heavens. and soon after that, there would literally be so many men with so little time.

ten years later, almost to the date that “it’s raining men” was initially released, writer paul jabara died of complications due to AIDS on september 22, 1992.

“it’s raining men” has endured the test of time. while rupaul (with martha herself) and geri halliwell have released cover versions of their own in 1988 and 2001, martha and the izora’s version reigns supreme and serves as proof, that gay anthems help us to survive plagues.