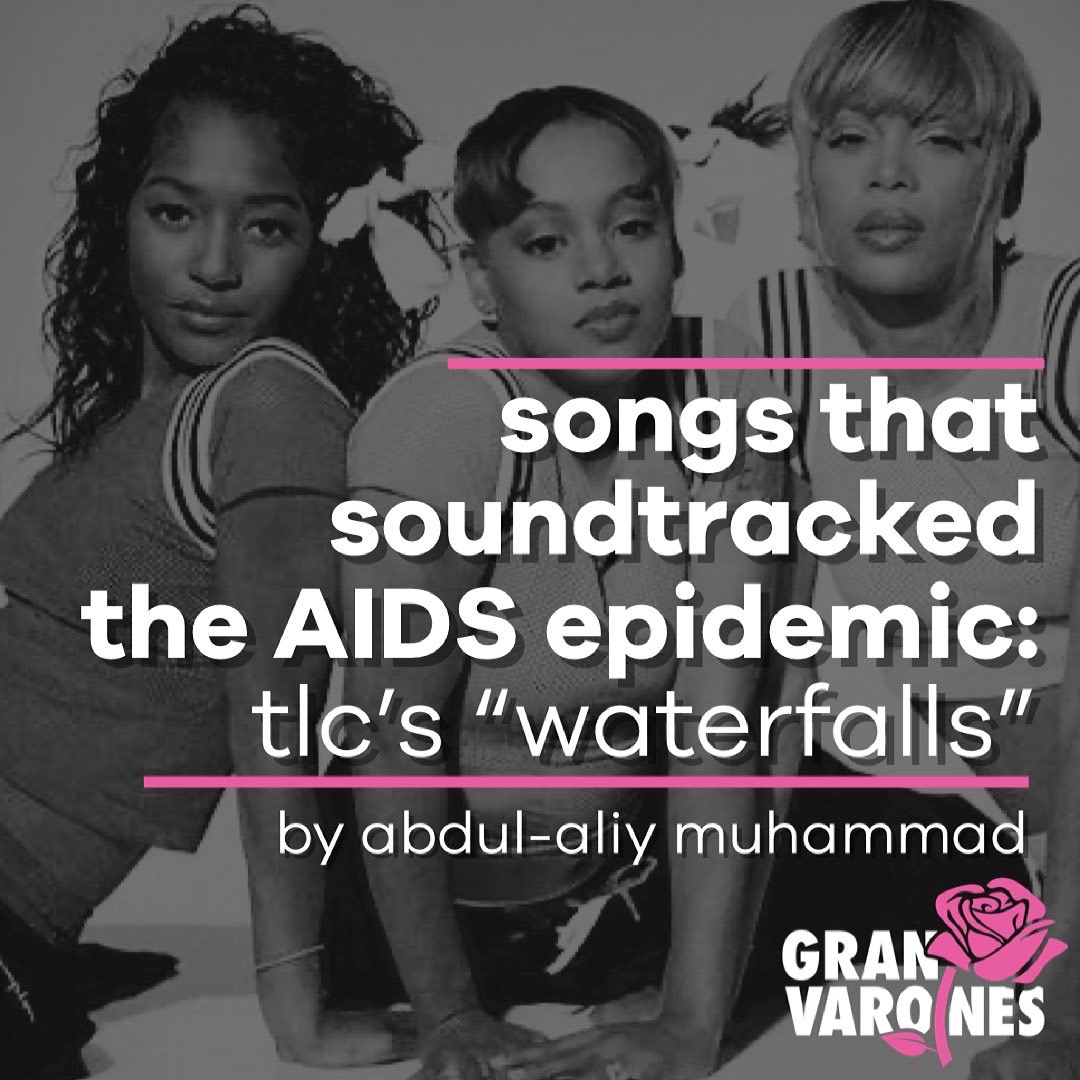 In 1995, Black people made up 49% of the AIDS-related deaths that year. This is insurmountable grief, personal loss and was an eradication of so many cultural memories, wiped away by the government’s lack of response to a virus. This was and is a form of genocide through anti-Black medicine’s creation of “lack of access.” This is also a testament to the destructive force of stigma, placed on Black bodies, on HIV+ bodies, on sick bodies. The idea that the one who seroconverts (becomes HIV positive) is to blame for the disease is also embedded in our culture.

When TLC made their musical debut in early 1992, the trio wore condoms on their bright colored clothes as a fashion and political statement. When asked why, by reporters, the group responded: “When kids see the condoms, they ask why do we wear condoms and talk about condoms? That brings up the issue of safe sex. The point is to make condoms something kids aren’t afraid of or ashamed of.” The group would continue to raise awareness about safer sex and HIV. TLC would enshrine their commitment to safe(r) sex with one of their most memorable productions, a few years later.

TLC released “Waterfalls” on May 29, 1995, it was the third single released from their 12x platinum sophomore album CrazySexyCool. The song was a force in music, hitting the top 10 in several countries, and reaching #1 on the Billboard Hot 100 for seven weeks in the summer of 1995. The horns, the syrupy vocals of T-Boz and the dialectic of Left Eye’s flow and Chili’s tender backgrounds, will be forever engraved on the Black cultural production of the 90s.

The song’s accompanying music video was an iconic pop-cultural moment upon its release. The visual features the trio transforming into the landscape of the water beneath them as they danced is powerful imagery. “I’ve seen a rainbow yesterday, but too many storms have come and gone.” This line holds the kernel of truth propagating through the minds of those missing the loved ones ravaged by this still ongoing pandemic. There were indeed too many storms, too many names, too many of us lost.

Here is the burn, the song also ascribes the responsibility of structural and historic dispossession to a person’s purview.  Jacques Pépin names colonialism and resource starvation as the conduit from which HIV was able to quickly propagate through populations of Léopoldville, in the Congo. This was 20 plus years before HIV would be discovered. HIV is the burden of systems, not of people.

I must confess, though I struggle with its shame-filled lyrics around lust and intimacy, I can’t resist naming this song as a bop. I’m not mad at TLC, all our faves traffic in HIV-phobic language and it was the messaging of prevention organizations that pushed the narrative of personal responsibility over structural reasons people are made vulnerable to the virus. I just hope that in our futureHood, we hold tight to those considered diseased, and we collectively whisper to them “it’s not your fault.”

Abdul-Aliy (They/Them) is a Philadelphia born writer, organizer and cofounder of the Black and Brown Workers Co-op. In their work they often trouble ideas of medical surveillance, bodily autonomy and Blackness. Follow them on Twitter at: @mxabdulaliy. Cash App: $dulle