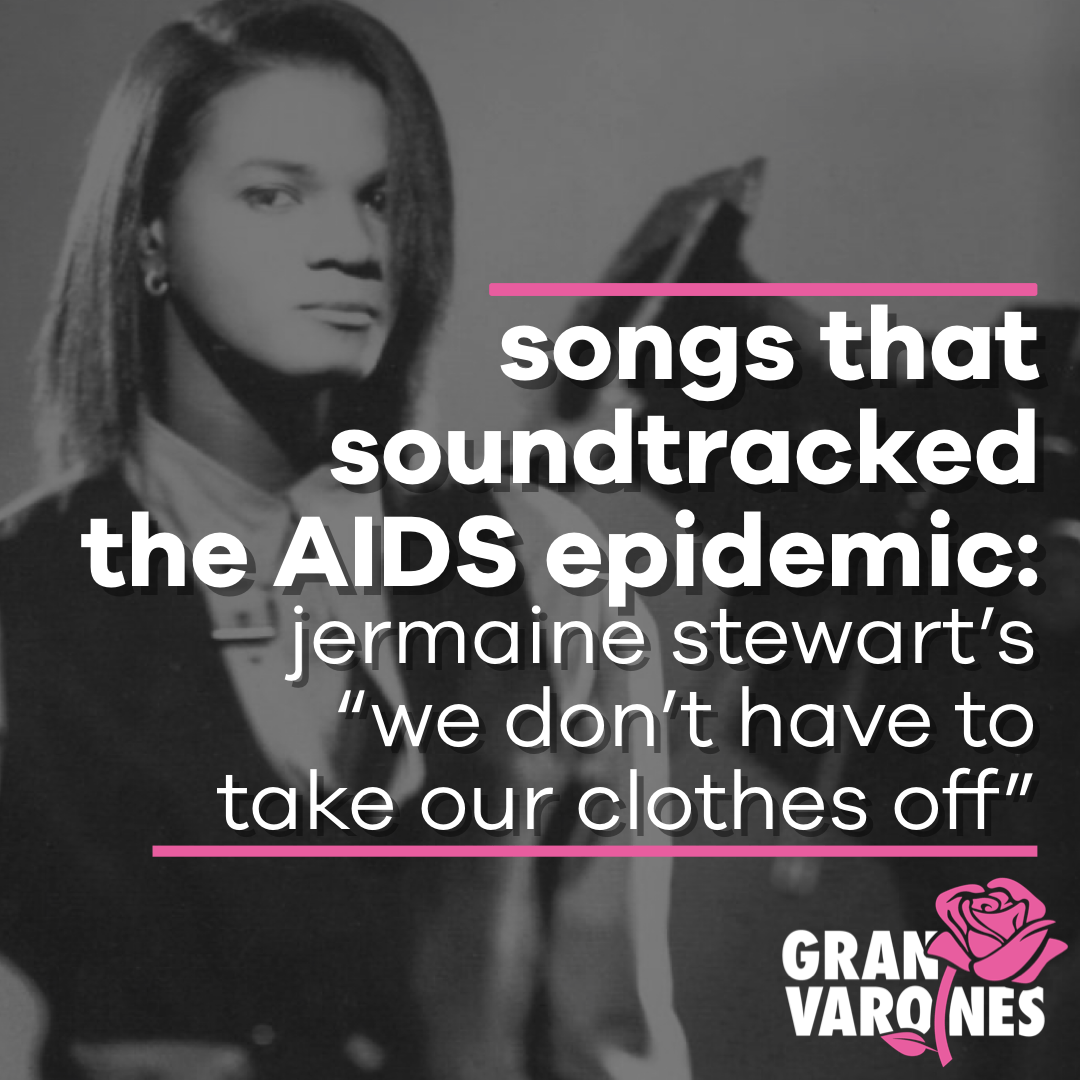 in january 1986, the CDC reported more people were diagnosed with aids in 1985 than all of the earlier years combined. even as health experts were predicting that the number of diagnoses could double within the year, the US was still without a coordinated effort to address the AIDS pandemic. this coupled with the hysteria fueled by the homophobic narrative by mainstream news outlets and in the absence of medical options, the world leaned into morality.

released in may 1986, an entire year before president reagan delivered his first major speech on aids, “…clothes off” was the lead single from stewart’s sophomore album “frantic romantic.” the bubbly and bouncy pop song was heralded by many, especially mainstream media outlets, as a theme song for the growing abstinence only movement that was fueled by the hysteria around AIDS. but if you listen to the song with a queer lens, one that honors sex as communion, a way to connect and be tender with each other, you can hear a plea for survival for community left on their own to survive.

“the night is young, so are we
let’s just get to know each other, slow and easily, oh
take my hand, let’s hit the floor.
shake our bodies to the music.
maybe then you’ll score”

jermaine’s sweet vocal delivery–who was an out gay man–along with the song’s overarching theme about the yearning for more than a one night stand, beautifully flips gender norms. in pop music, it is typically women who demand intimacy over sex in songs but in “…clothes off,” it was Jermaine who reminds his date that he is “not a piece a meat.” The song is a queer conversation about sex and how to be tender with each other during a time when the AIDS epidemic was reshaping everything about our lives.

“we don’t have to take our clothes off” exploded at pop radio reaching #5 on the billboard hot 100 in august 1986.

on march 17, 1997, jermaine died of complications caused by HIV. he was just 39 years old. his burial site was left without a tombstone or even a grave marker for over 17 years until a tombstone was anonymously paid for by a fan in 2014.