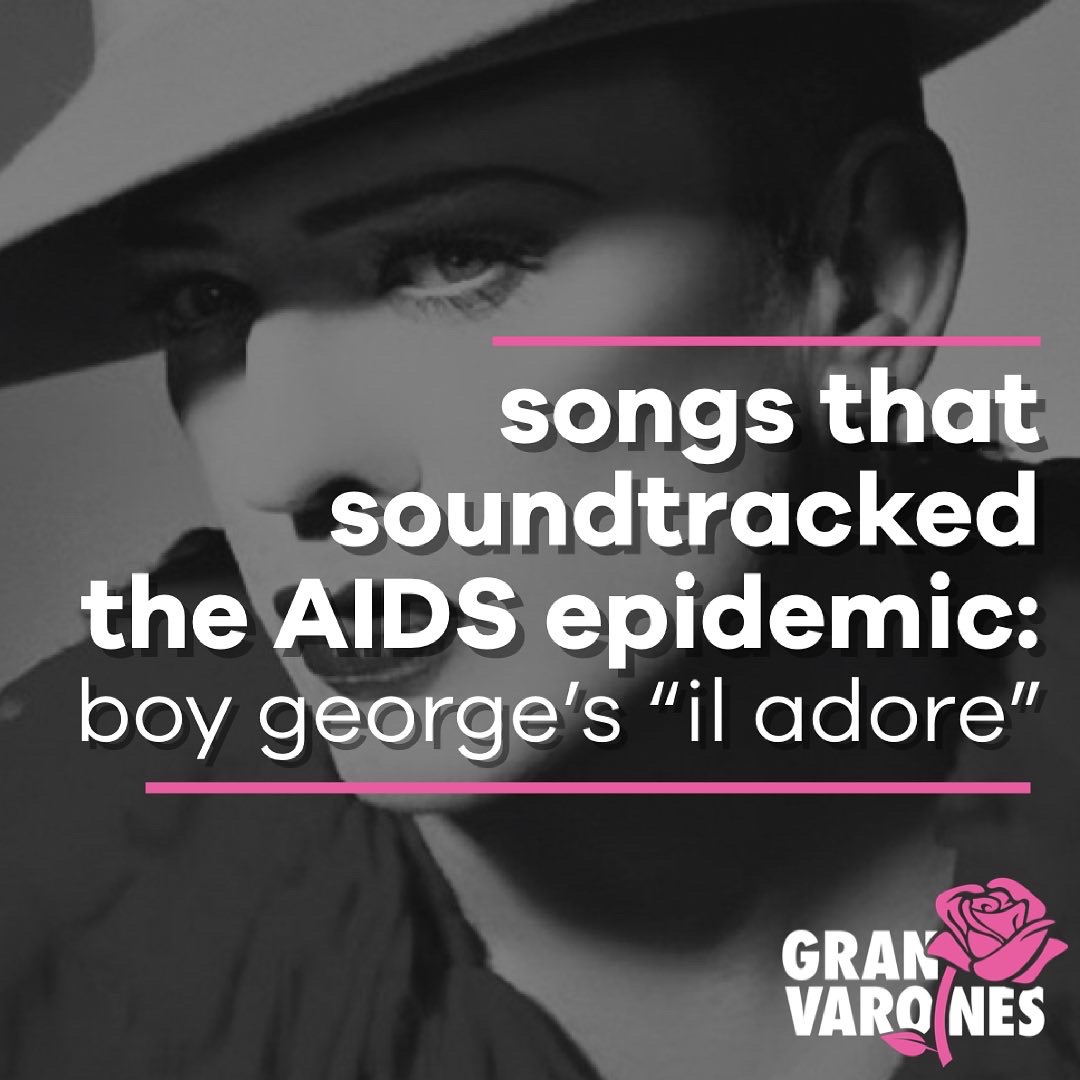 in the early 1980s, boy george was one of the world’s most popular musical figures in the world. as lead singer and creative force of the british band culture club, boy george captured the world’s imagination with his flamboyant and provocative gender expression. but it was the group’s brand of soul-influenced pop that catapulted the group to the top of the chart in several countries. MTV was still in its infancy when boy george quickly became a phenomenon stateside helping culture club to score six top 10 singles on hot 100 between 1982 -1984.

boy george’s meteoric rise coincided with the then-emerging AIDS epidemic. when culture club’s first single “do you really want to hurt me” entered the US singles chart in december 1982, news media outlets had just begun using the term AIDS over the stigmatizing GRID (gay-related Immune Deficiency). when the group was at its peak in 1984, the AIDS mortality rate was over 75 percent. and by the time the group imploded in 1986, the number of reported AIDS diagnoses topped 29,000.

george’s success as a solo artist was marred by scandal and addiction but his compositions continued to prove that his artistry and genius could not be denied. and this is so profoundly evident in his 1995 single “il adore.”

“Mother clutches the head of a dying son
Anger and tears, so many things to feel
Sensitive boy, good with his hands
No one mentions the unmentionable
But everybody understands
Here in this cold white room
Tied up to these machines
It’s hard to imagine him as he used to be”

originally entitled “stevie,” george wrote the song after the death of his friend stevie. in an 1994 interview with POZ magazine, george stated the song about stevie dying, being in the hospital with his family and his friends. george said it’s “really about the two different sides of Stevie…How his parents saw him and how we saw him. It was really just my experience of Stevie’s death.”

released as the second single from his 1995 “cheapness and beauty” album, “il adore” is one of the most moving and heartbreaking songs written explicitly about the AIDS epidemic. lyrically the song illustrates the impact the death of a loved one has on those left behind.

“Laughing, screaming
tumbling queen,
Like the most amazing light show
you have ever seen,
Whirling, swirling
never blue,
How could you go and die
what a lonely thing to do”

“il adore” would later be used to great effect in “taboo,” the stage musical based on the lives of boy george and performance artist and fashion designer leigh bowery, who died from AIDS-related complications at age 33 in 1994.

my emotional attachment to “il adore” is linked to my witnessing my uncle’s battle with AIDS. in the late 1990’s he began to lose weight. we knew what was going on, but the family was still reeling from my aunt blanca’s death, just a few years earlier. in 1997, i watched my father deteriorate. i knew exactly what i was witnessing. no one spoke a word.

when my uncle jose died of AIDS complications in 2001, there was no funeral. at least i don’t remember. my grandmother cared for him until the end. his name was seldom ever spoken again. not because of shame but because the weight of the pain was too heavy for our tongues.