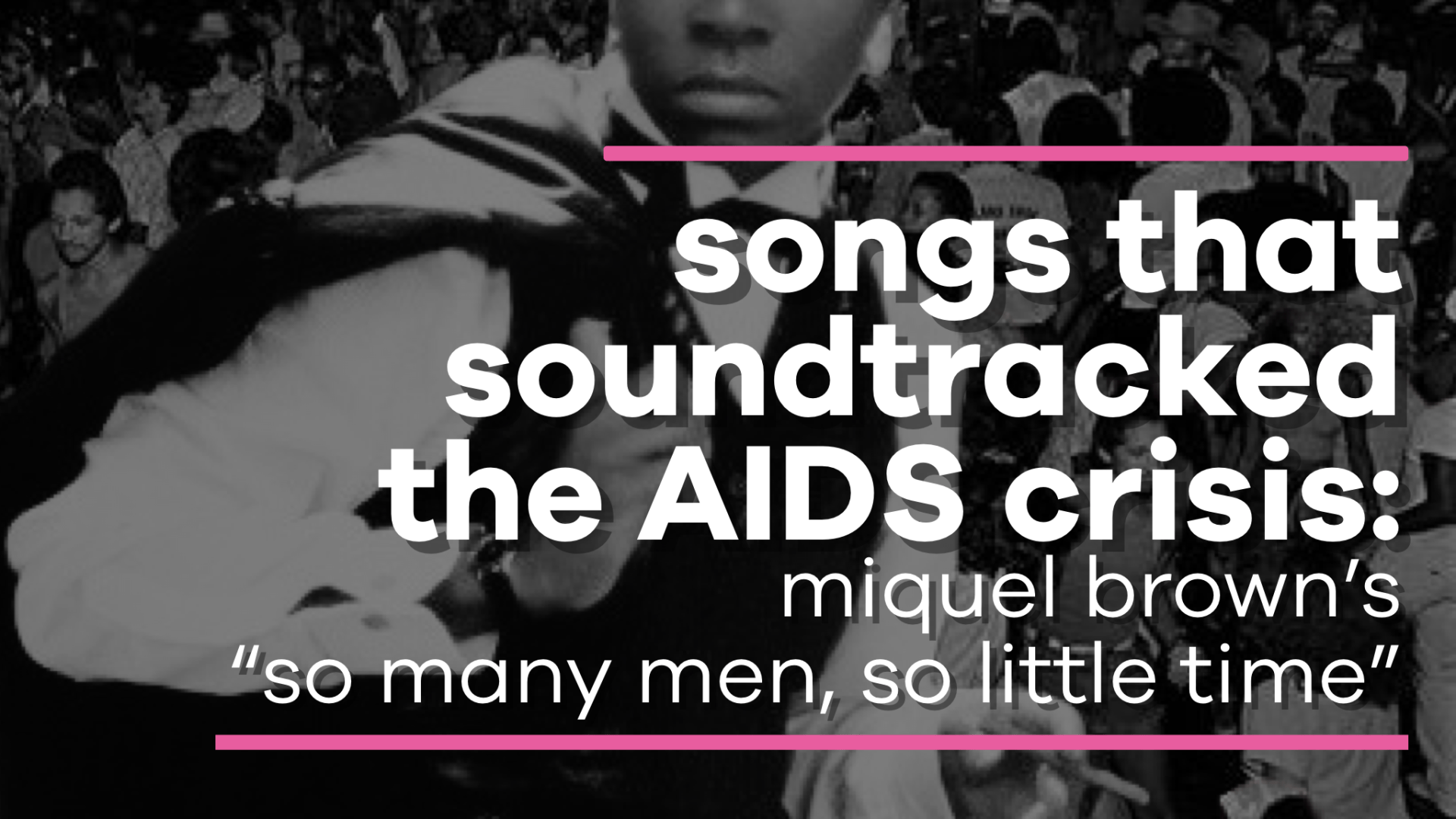 On March 14, 1983, Larry Kramer published his now historic essay entitled “1,112 and Counting” in a bi-weekly gay newspaper, The New York Native. The blistering essay, which also served as an urgent call to action from everyone, especially gay men, began with the warning, “If this article doesn’t scare the shit out of you, we’re in real trouble. If this article doesn’t rouse you to anger, fury, rage, and action, gay men may have no future on this earth. Our continued existence depends on just how angry you can get.” For many gay men, it was this essay that officially sounded the alarm in the queer community about an outbreak that later became known as the AIDS crisis, but up until September 1982 was GRID (Gay Related Immune Deficiency), or more colloquially “gay cancer,” or “gay plague.” Kramer’s “1,112 and counting” was a sobering reality that without any action, so many would have so little time.

Some have described the years between 1969 and 1981 as the most sexual libertine era of the Western World since Rome. The sexual revolution that emerged, particularly for gay men after the 1969 Stonewall uprisings, brought about new ideas of sexuality, identity, and bodily autonomy. After decades of sexual repression, gay men were living, loving, and fucking with abandon. This was reflected in the sexually charged club culture that flourished during the explosion of disco music in the 1970s and continued through the Hi NRG movement of the early 1980s. Songs like Boystown Gang’s “Cruising,” Sylvester’s “Do You Wanna Funk” and “It’s Raining Men” by The Weather Girls captured the essence of that time but it was Miquel Brown’s 1983 hit “So Many Men, So Little Time” that not only sonically painted a visual of the moment but also unintendedly served as a grim warning of what was to come.

“It’s morning, I open my eyes
And everything is still the same,
I turn to the guy who stayed last night
And ask him, ‘What’s your name,’
It seems to happen more and more
I love those men one and all
Each new one I meet makes my heart skip a beat
When I see them so strong and tall”

Co-written and produced by British DJ Ian Levine, “So Man Men, So Little Time” awkwardly sits at the nexus of the sexual liberation that followed Stonewall and the avalanche of AIDS that had already begun to call the future of gay men into question. Released in June 1983, mere months after Kramer’s fierce call to action, the song seemed out of touch with the reality and impact of the growing AIDS crisis. Performed by Canadian Vocalist Miquel (pronounced Michael) Brown, “So Many Men, So Little Time” was a pulsating and electrifying dancefloor romper that was an unapologetic celebration of sexual abandon and queer sexuality. And its accompanying music video which featured several men working out at a gym dispelled any notion that the song was about anything else.

Levine was inspired to write the song years earlier after he read the text “So Many Men, So Little Time” on a t-shirt during a night out at a Los Angeles queer nightclub several years earlier. Levine thought it would make for a great song title and when Hi NRG music began to emerge in the UK in the early 1980s, the song was brought to fruition.

“So really who cares about love
How ants to feel taken away,
For fifty-two weeks of every year
There’s a new man every day,
It’s too hard a choice to make up my mind
So many men can turn on my light
Don’t want true love, don’t want friends
Just give me the bodies tonight”

A month before “So Many Men, So Little Time” was commercially released, the pioneering safer sex pamphlet “How To Have Sex In An Epidemic” was released. Conceived and written by Michael Callen and Richard Berkowitz, both living with AIDS, “How To Have Sex In An Epidemic” was written by two gay men for gay men who engaged in sex with multiple partners. Language in the pamphlet was candid and provided ways to have safer sex tips that were community-centered, pleasure-based, and empowering to people living with AIDS, before the major modes of HIV transmission were identified by the CDC.

“So Many Men, So Little Time” was recorded on a shoestring budget of $2,000 but went on to sell an astonishing two million copies worldwide. Despite the backdrop of AIDS and its impact on queer nightlife, “So Many Men, So Little Time” has endured as a memorable song during a time when an AIDS diagnosis was tantamount to death. By the end of 1983, AIDS diagnoses were reported in 33 countries with over 2,100 deaths reported in the US alone.

Singer Miquel Brown would go on to release a few more dance hits including “He’s A Saint, He’s A Sinner” but none were as memorable as her signature song “So Many Men, So Little Time.” In 2014, over three decades later, Miquel Brown’s daughter Sinitta, who herself scored a string of cheeky hits in the UK in the 1980s and like her mother has a huge queer fanbase, covered “So Many Men, So Little Time.”

While “So Many Men, So Little Time,” was somewhat out of sync with the seismic shift of queer culture and politics due to AIDS, the song topped dance charts around the world in the summer of 1983 and remains a notable song of the Hi NRG genre. The success of “So Many Men, So Little Time” also serves as documented proof that even in the darkest of times, reprieve and abandon could always be found on the dance floor under the bright lights of a disco ball.