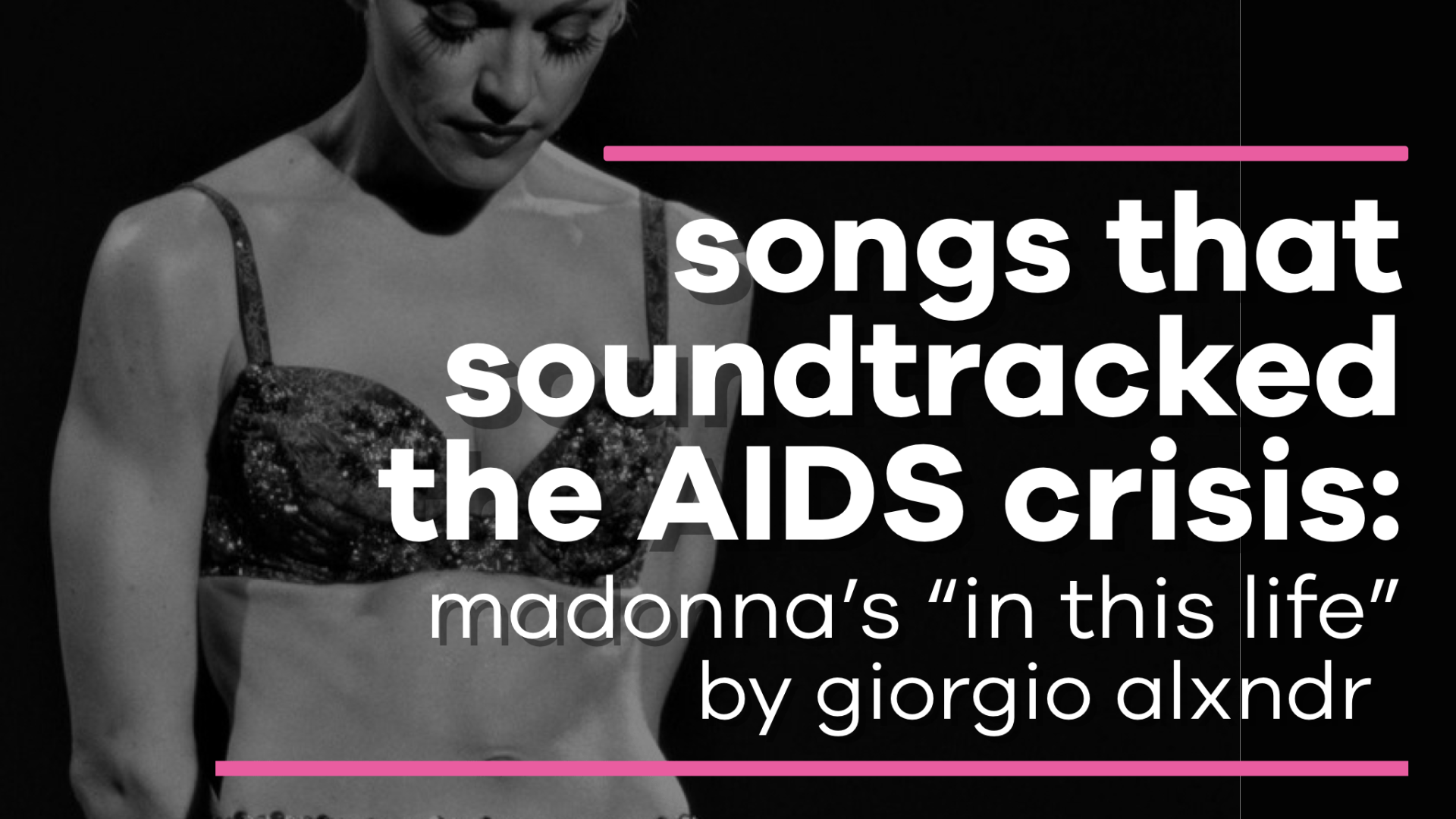 Picture it! America 1992. AIDS becomes the number one cause of death for men 25 – 44 years old. Activists are still in a fierce battle with big pharma and the US government to provide access to HIV drug trials. And the moral panic about sex, women’s bodies, and AIDS that infiltrated the American consciousness during the Reagan Presidency is still lingering. This was the America that found Madonna, arguably one of the world’s biggest pop stars, navigating the backlash of her SEX book and her album “Erotica.”

Madonna’s fifth album “Erotica,” was released on October 20, 1992, and tackled social issues such as racism, homophobia, and AIDS. while these issues were still taboo upon the album’s release, it was the album’s unapologetic exploration of sex that sparked the intense and in many ways manufactured backlash that nearly sent Madonna’s career into a tailspin. Charles Aaron from Spin Magazine noted that the album is a brave comment on the chilly, tragic detachment of sex under AIDS.

Producer Shep Pettibone shared on his Erotica Diaries “I was confident that it was a great compilation of songs, but I was wondering how people would react to it. It was definitely a different album for her in that it was a dance/pop album, instead of a guitar-laden pop album designed just for top 40.” It indeed was more than just a great compilation of songs but a work of art. The Andry Warhol-inspired artwork was a perfect fit and statement for “Erotica.”

“Erotica” produced two top 10 hits, the title track, and the glorious Disco/House gem “Deeper And Deeper.” One of the album’s highlights was the moving and vulnerable ballad “In This Life.” Written and produced by Madonna and Shep Pettibone, “In This Life” is about the death of two of Madonna’s friends to AIDS. The song’s first verse is a remembrance of Martin Burgoyne, a good friend, and former roommate. The second verse addresses the loss of Christopher Flynn who was her dance teacher and mentor. The emotionally driven track includes piano chords that are an interpolation of George Gershwin’s “Prelude No. 2,” to create a sense of dis-ease. The orchestra was performed by the New York Philharmonic.

Madonna would include the song on her 1993 tour The Girlie Show which opened with the following speech: “This next song I wrote about two very dear friends of mine who died of AIDS. And though you don’t know my friends, I’m sure each and every one of you tonight knows someone or will know someone who is suffering from AIDS, the greatest tragedy of the 20th century. For all of you out there who understand what I’m talking about: Don’t Give Up!”