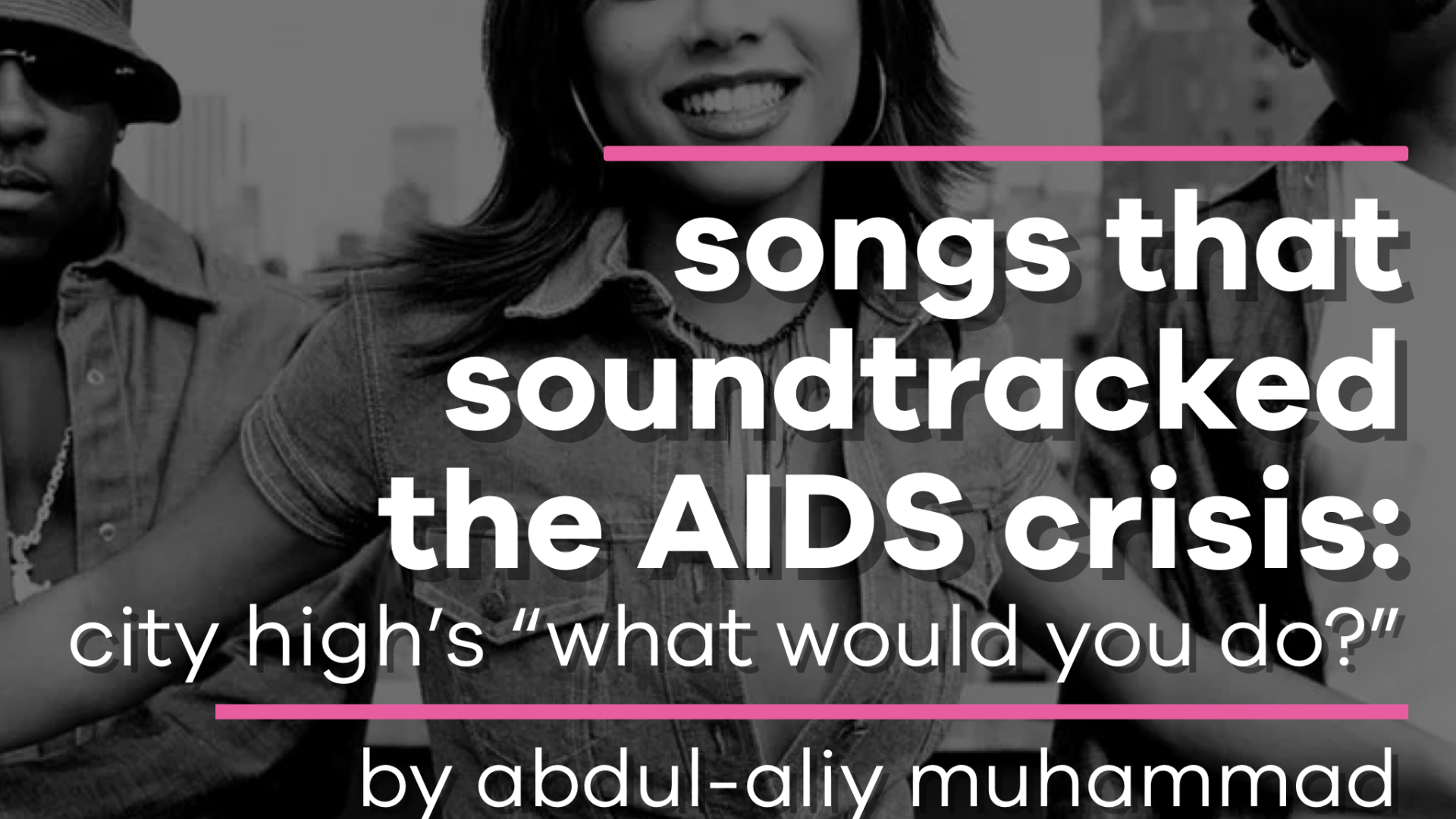 What would you do, if you knew that many of the songs that captivated older millennials and Gen Yers were rife with vitriolic judgment? The very bops that defined how we understood our relationship to the world, would now be “Cancel Culture” fodder, and rightfully so. In 2001, such a song transfixed us. Let’s examine the short-lived R&B trio City High’s debut single “What Would You Do?”

City High was a group that originated in Willingboro, New Jersey. Signed to Booga Basement Records, a now-defunct imprint of Fugee member Wyclef Jean. Composed of Claudette Ortiz, Robbie Pardlo, and Ryan Toby. Ryan was featured in Sister Act 2: Back in the Habit, where he leads a chorus in singing a deeply sweet rendition of “Oh Happy Day.” The movie featured former Fugee Lauryn Hill, also from Jersey. It was these minor connections, along with the group’s cautionary tale of “What Would You Do?”  that lead to City High/Fugees comparisons.

Released on Tuesday, May 27, 2001, the song opens up with a story about Lonni, a stripper who according to this “true story” went to Junior High School with Robbie Pardlo, one of three members of the group. Robbie narrates the story about taking Lonni outside after he went to a party and saw “about 5-6 strippers tryna work for a buck.” Among the workers was Lonni, who he suggests he disrupts from working to scold her outside. He asks her “why you up in there dancing for cash, I guess a whole lot changed since I’ve seen you last?”

“What Would You Do?” was a massive hit on pop radio peaking at eight on Billboard’s Hot 100. I remember incessantly playing this song at 17 years old, I couldn’t help but belt out the chorus sung by Claudette “What would you do if your son was at home, crying all alone on the bedroom floor ‘cause he’s hungry?” Claudette, the voice of Lonni on the track, goes on to say that she does sex work to provide for her child and that the father of the child is using “rock” cocaine or commonly called crack. Lonni is practically accosted at her job by a former classmate and has to defend her decisions as a single mother to a man.

Instead of listening to Lonni, Robbie says “Girl, you ain’t the only one with a baby” leading her to share more about the traumatic experiences she has experienced including the mention of family rape. This doesn’t deter Robbie from berating her, even after she shares deeply vulnerable information about her life and the ways she survives. She asks him “what would you do?” and tells her he’d “get up on” his feet and “stop making tired excuses” and that if his “mother can do it, baby you can do it.”

It is truly unbelievable, listening back to this song, how many ways Lonni’s humanity is disregarded and how she is blamed and made to feel bad for surviving through so many violent and traumatic experiences. It’s really none of Robbie’s business why Lonni chooses to strip, but in his mind, he thought it was ok to disturb her night and lecture her. Mind you, he provides no material resources to her, doesn’t ask her how he can be supportive, nor does he inquire about the potential need for childcare. Basically, Robbie represents an expression of the worst forms of behavior toward Black women.

This song was such a visceral hit that it even garnered a 2002 Grammy nomination. The problems embedded in the rudiments of this song show us that thematic material like this was just as easily written then and arguably today. There are however more challenges to this framework of thinking, given the demands of sex workers that their labor is recognized and terms like misogynoir help us understand how misogyny targets Black women. Cultural battles underpinned the music industry at the time, it was the year of Missy Elliot’s Get “Ur Freak On” and Jay Z’s “Girls Girls Girls.” In 2001, there was another happening while City High played on radio and their corresponding video was in heavy rotation on BET and MTV.

The crisis of medicine access was bubbling over. Emily Bass writes about this in her book “To End A Plague – America’s Fight To Defeat AIDS In America.” She writes that “Racial disparities in rates of HIV diagnoses were widening at the precise moment that the antiretroviral cocktail became available.”  Bass continues that in “1996, when AIDS ceased to be the leading cause of death for all Americans, it remained the number one killer of Black Americans.” This is five years before “What Would You Do?” was released.

In the 21 years since “What Would You Do?” was released, the song’s sentiment still reverberates across all social media platforms in the form of “What would you do if a crush told you they were living with HIV?”

What do we do when we are inundated with stigma-filled bops? We talk about them, understanding that ultimately we are all socialized in a world that creates carceral patterns in all of us, and our choice of language and how we speak about each other are heavily influenced by how we are taught to perform the norm to get by or survive. It becomes a problem when our survival projects onto others who survive how they must, through all the violence of our structures and systems. So, if you have a Lonni in your life, mind ya bizness!

Written by: Abdul-Aliy Muhammad (They/Them). Abdul-Aliy is a Philadelphia-born writer, organizer, and co-founder of the Black and Brown Workers Co-op. In their work, they often trouble ideas of medical surveillance, bodily autonomy, and Blackness. Abdul-Aliy is also a Gran Varones Positive Digital Arts Fellowship Mentor.