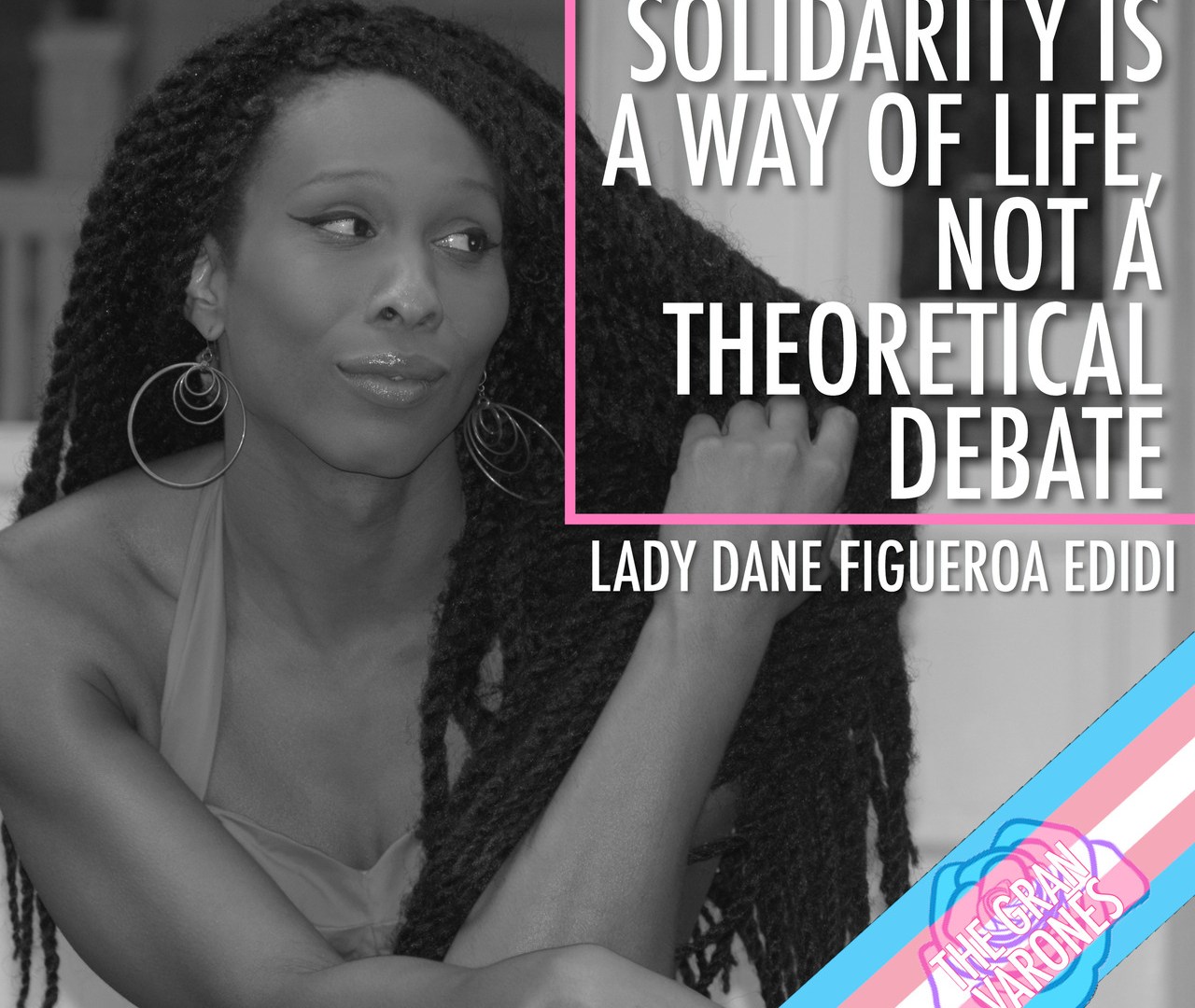 Trans people of color have been targeted by white supremacy since before 1442. I have often written about the connection between colonization, white supremacy, and transphobia as well as transphobia’s direct link to the genocide of Indigenous people across the globe by colonizers.

The same system of white supremacy colonizers used to attempt to rewrite the truths of science to justify the brutalizing and killing of Indigenous peoples, is the same exact system they are using now. So, it comes as no surprise that an administration of white supremacist and Nazi sympathizers would try to uplift a bill that would in essence attempt to control the laws of science to justify their state sanctioned violence once again. White supremacy is predictable, and its tactics are not only tired, and violent but the same they have been using since white people birthed it.

But I ask, what would make an administration like this believe that they could get away with attacking Trans people with no repercussion? The answer must be that they are aware of the transphobia (spoken and unspoken) that exist in the fabric of this country.

Cis people still control the access of Trans People and given that transphobia is ingrained in the fabric of this Country, we cannot have conversations about the successes within representation and there have been many in just this year alone, without also discussing power dynamics which once again places cis people as judge and jury and makes Trans people subject to their whims.

So, let’s talk about the incredible year we have had with Trans representation. “Pose”, the breakout darling of all of our hearts, boasted the largest cast of Trans People of Color to date on any television screen. The CW purposefully has the first Trans superhero scheduled to appear on network television show. Yance Ford became the first Trans filmmaker to be nominated for an Oscar, while snagging the Emmy, and Daniela Vega’s star turn in “A Fantastic Woman” helped to garner the movie to an Oscar Award.  Multiple novels, poetry collections, academic tomes, and biographies by TGNC Authors, authors such as Venus Selenite,  Xemiyulu Manibusan Tapepechul, Kay Ulanday Barrett, Akwaeke Emezi just to name a few.

We cannot have conversations about visible Trans people without also discussing those who are not and cannot be visible. Trans people are still disproportionately affected by structural oppression. While we marvel at Trans celebrities and gag at their brilliance, we must also acknowledge there are living breathing Trans people (including many of these Trans celebrities of Color) still suffering from the effects of structural oppression.

And I ask the question, how do you show up for Trans people when we are not the latest headline?

Some cis people will say “We got out there”. “We protested beside you”, “we stood against this human right violation” and I reply to them what good is your protest if your praxis is lacking.

Cis people, you must do more, and this includes having to do more than simply vote in what is seen as Trans interest. We must remember while discussing legislation is important, the law has no emotion and we are often subject to the interpretation of it by cis judges.

If the fabric of this country is to change, the way in which you engage Trans people have to reflect the way you say Trans people should be treated.

One of my major concerns is we are living in an era where people have a pension for a microwave engagement with human rights. The next hot button issue takes precedent over a holistic approach to liberation.

How many of us can name what happened to our girls and if our cries for bringing them back didn’t die out the minute a new headline hit the press? How many cis people who claimed to “stand with the trans community” actually have trans people in leadership positions in their companies or organizations? How many are dedicated to, not only, listening to but also paying a thriving wage to Trans people of color? How many are invested in holding the education system accountable to end bullying not only by other students but the system itself? How many are dedicated to investing in the works, dreams and manifestations of Trans Artist? How many apologized to Trans women of color who have been warning us this was coming? How many are willing to offer reparations for the privileges they enjoy privileges paid by Trans People’s oppression? How many are willing to learn new ways of being in community with Trans People? How many “cis allies” are willing to move from a reactionary place that centers them as cis saviors of the Trans community to comrades willing to risk what is comfortable for what is right?

Solidarity is a way of life, not a theoretical debate. It is found in action, not simply intent!

Dubbed the Ancient Jazz Priestess of Mother Africa, Lady Dane Figueroa Edidi is a Nigerian, Cuban, Indigenous, American Performance Artist, Author (Yemaya’s Daughters, Brew, Baltimore: A Love Letter, Wither, Remains: A Gathering of Bones, Keeper, Bone, The Blood of A Thousand Roots, Incarnate, and For Black Trans Girls Who Gotta Cuss A Motherfucker out When Snatching an Edge Ain’t Enough: A Choreo Poem, Solace), Teacher, Choreographer, Oracular Consultant, Spiritual Life Coach, Priestess, Speech Writer, Writing Coach, Advocate,  Healer,  playwright (For Black Trans Girls, Guilty,Absalom, and Klytmnestra: An Epic Slam Poem which will be receiving a world premiere at Theater Alliance in May 2019). She is also is the book writer and lyricist for Roaring the Musical, which is about a Black Trans Singer and her family in the 1920s Harlem.

In 2015, Lady Dane received an emerging Leader Award for her work with the D.C. Trans Community and is the GLBT History Project’s 2018 receipt of the Mujeres en el Movimiento Arts Award. She is the first Trans woman of color to be nominated for a Helen Hayes Award (2016), in DC to publish a work of Fiction (Yemaya’s Daughters (2013)), and chosen for Theater Alliance’s Hothouse Festival, having her play Absalom read at the Kenney Center’s Prelude Festival.