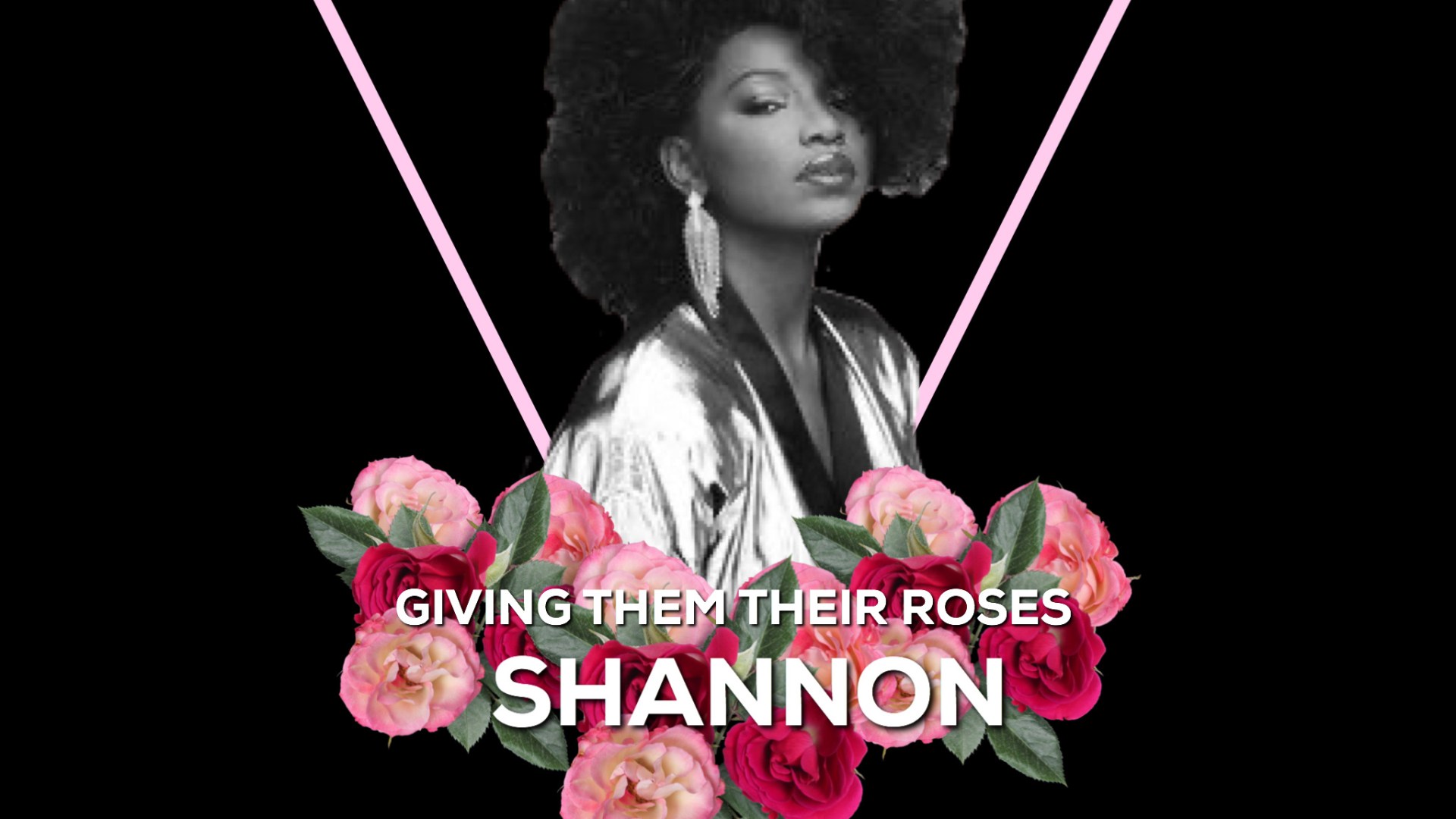 as a kid in the early half of the the 1980′s, i’d watch as my mother and her gay friends shuffle through a crate of vinyl records to choose a song to dance to. one of those songs was “let the music play” by shannon. my mother’s friend, josie, a Black gay man who looked very similar to “leroy” from the 1980 film, “fame” would dance and lip-sync as i watched in awe. i remember being so captivated by his presence and by the sound of percussions and the hypnotic hook. i am sure that my musical pallet and my incessant need to lip-sync songs was and still is informed by these memories.

in 1983 the state of dance music and its future was on shaky ground after the homophobic and racist driven disco backlash of 1979. high energy dance songs like sylvester’s “do you wanna funk” were regulated to dance clubs. particularly, Black, latinx and queers clubs. but that all changed after shannon.

by 1982, after the homophobic and racist driven disco backlash of 1979, in 1983, shannon auditioned for chris barbosa, a bronx raised puerto rican who was experimenting with pop, dance and latin sounds. shannon landed the opportunity to sing the barbosa penned song entitled, “let the music play.” the song widely regarded as the song birthed the freestyle genre. the song was an immediate hit reaching #1 on the dance chart, #2 r&b and #8 on the hot 100. the song would also go on to become an international smash reaching top 20 in several countries.

shannon’s follow-up single was the equally slammin’, and in my opinion one of the greatest pop songs in history, “give me tonight.” the song topped the dance chart and peaked inside the top 10 on the r&b chart. “give me tonight” and it’s iconic glitchy break section, cemented shannon legacy as the “mother of freestyle music.”

by the time shannon released “my heart’s divided,” her third consecutive #1 dance record in the spring of 1984, no one knew what to call her sound. was it r&b? was it pop? was it dance? people simply called it the “shannon” sound. it was this sound that fellow dance legends lisa lisa and nayobe would build on to create the sound that we now officially call freestyle.

shannon quickly followed up here debut album with the release of “do you wanna get away,” her 1985 sophomore album. after the release of a few more singles and two more albums, shannon asked to be released from her contract and took an extended break from performing. in 1997, after almost a decade away, shannon teamed up with producer todd terry and notched another #1 dance song and UK top 20 with “it’s over love.”

a few years ago, i saw shannon live at a freestyle concert. she greeted the crowd with “look at what i created. i did this!” she got a standing ovation.