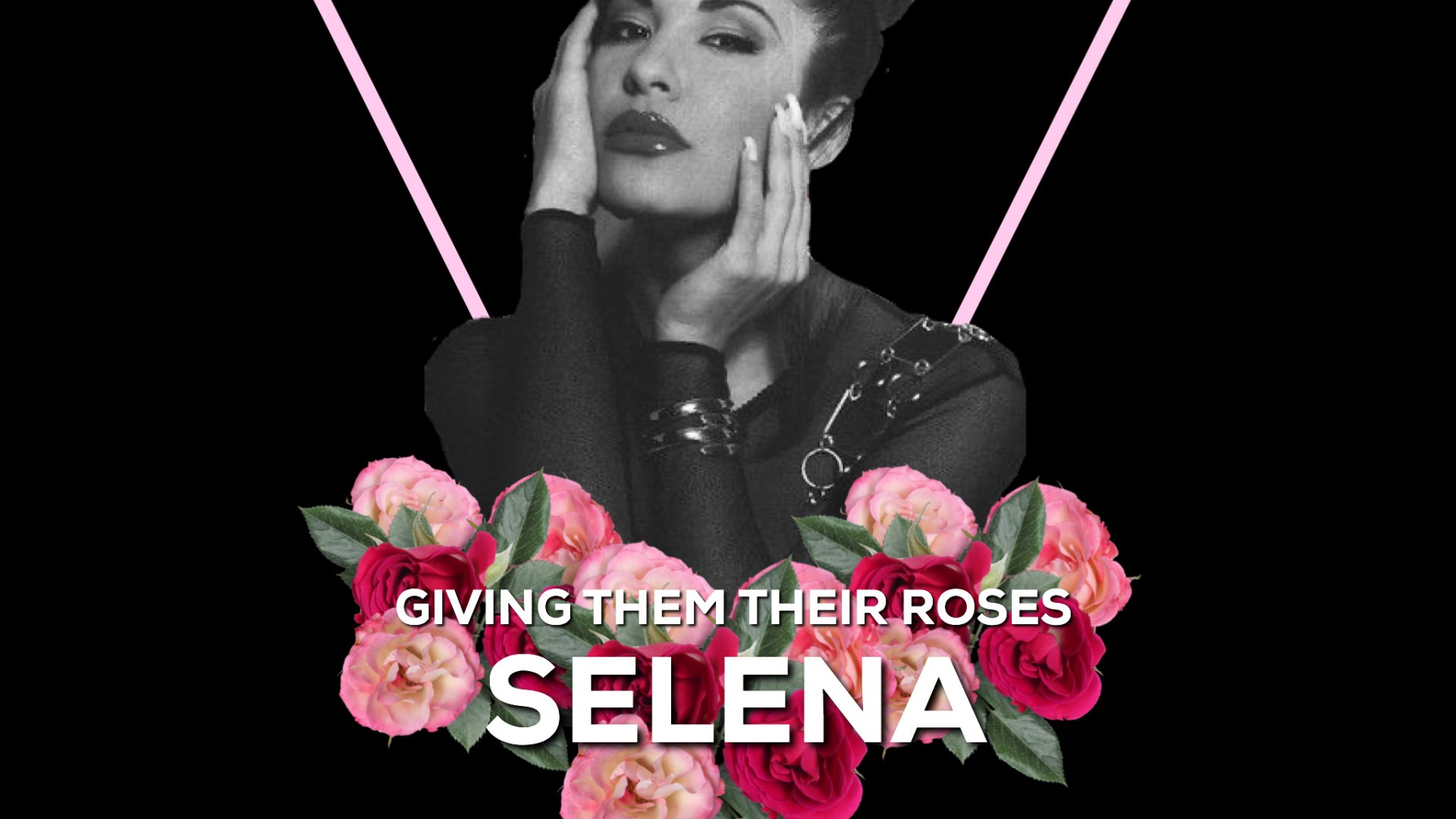 My love for Selena would begin as a young brown boy growing up in Tucson, Arizona. As a first generation Mexican-American, and child of immigrant families, her story of embracing her Chicanaroots is what mirrored most in my life. From my earliest of memories, all I know is singing and dancing like Selena, mimicking her moves, perfecting her vocals…even putting a bandaid on my finger and tying my tshirt into a bra. I never felt freer as a kid than when I was blasting and dancing to her music in the living room when no one was home. If you haven’t guessed by now, I was an incredibly unapologetic and unconsciously Queer child. Me and my brother, who is also Queer, would get up in all the Selena drag and perform, then rush to take it all off when our Mother pulled into the driveway. Selena has always been a part of my family’s life…So much so that my Nana would record Selena’s TV appearances in between home family videos on VHS.

I am a “deep cuts” Selena fan. Before my birth in 1990, she already had many years in the game. Her 80s Tejano music is some of my absolute favorite and probably the most slept on. Watching Selena y Los Dinos evolve from kids with cute matching outfits to full fledge flashy performance attire, modern choreography and sophisticated sound is nothing short of astounding to witness. She truly had an immense love for music. I find myself now as an adult watching her live performances and still in awe of her volcanic talent. Seeing her incorporate famous 80s fashion, big hair, huge shoulder pads, and freestyle dance moves into her Pop/Tejano music has me screaming at my TV! Her “Running Man” was just so fresh!!! She was even brave enough to attempt the “Moonwalk”, and even covered both Michael and Janet Jackson songs, as well as many other 80s top 40 jams. You’ve got to Youtube her singing “Girlfriend” by Pebbles, and any performance of “Enamorada De Ti” will give you all the life!! Whew!!!!

Selena would eventually grow into a massive household name for some Latinx folks in the early 90s. I’ve recently converted all of my family’s home VHS videos to digital, and it was so funny to hear her music in the background at family gatherings as early as 1993. She is undoubtedly the reason that I myself love to sing, why I love to dance, and the reason I grew up feeling like I wasn’t the only Pochx in the world, shit, she taught me most of the Spanish I know today!

It brings me great joy to see that while she was still here with us that she knew how much she was loved. She frequently snatched all the trophies at award shows, and we can’t forget about that Grammy! Her image is now beyond the words legendary and iconic, but meteoric and phenomenal. I still can’t wrap my head around her passing. It’s been 25 years, and I am now about to turn 30, I still weep for Selena as if I somehow knew her personally. I’m so pissed at what could have been. Before her death, she was working with the likes of Dianne Warren and David Morales, both famed and highly coveted and respected musicians. She was going to be a massive star, I just know it. Today her legacy lives on, no Quinceanera, sweet 16, wedding, or even backyard junta is safe from a Selena cumbia. Whenever I go to live music shows where artists perform her music, I cheer with excitement because I never got the opportunity to cheer for her, like I do with all of the other divas I stan for. Her voice, image, laugh, smile, entrepreneurship, hard work, creativity, passion and determination has been and always will be an inspiration to all who love her, and to those who will be introduced to her in the generations to come.

Happy Birthday Selena, we love and miss you so so much. Today I celebrate as I sing and dance in my living room for you, and we are together, siempre.