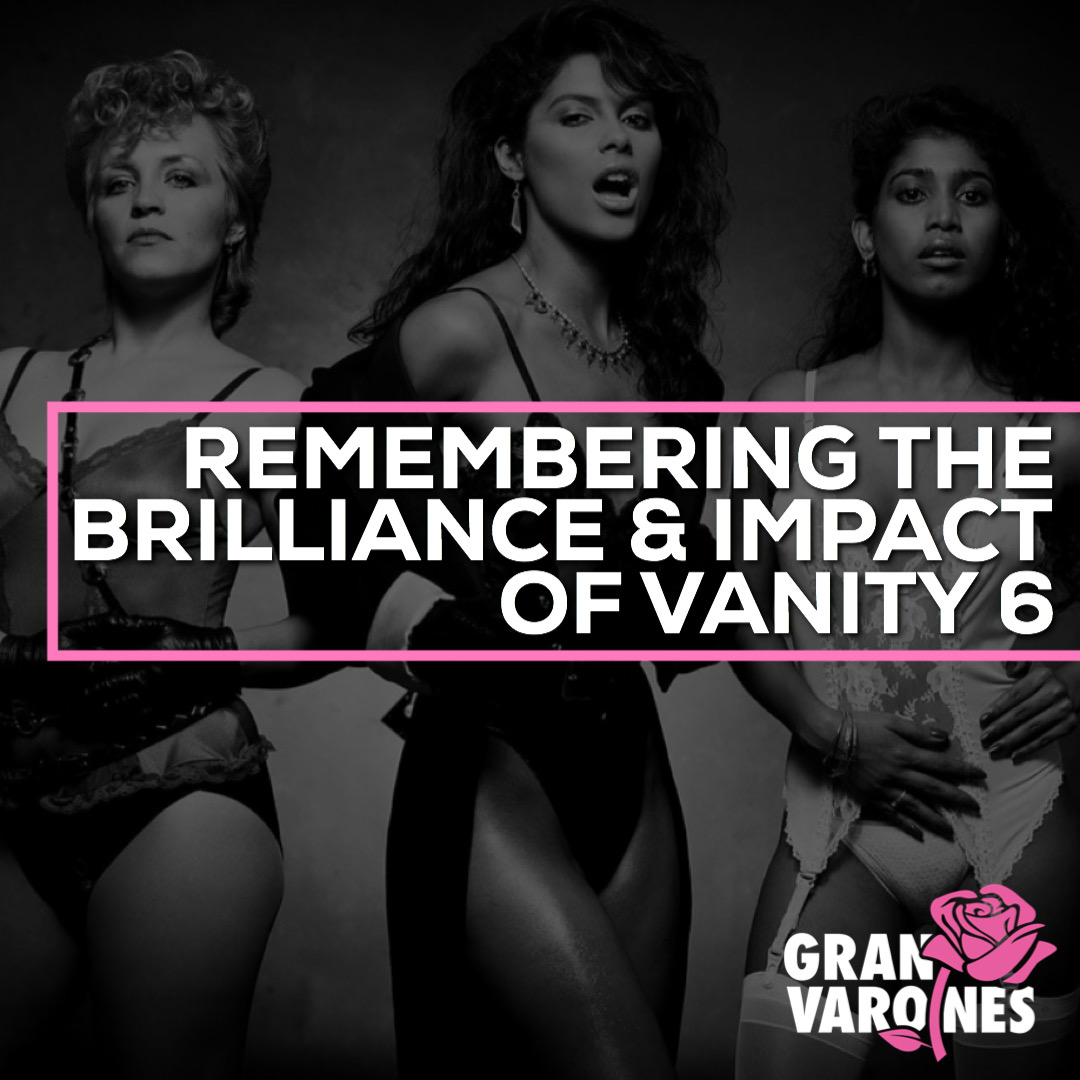 girl groups have long been around since the turn of the 20th century. from the boswell sisters who were hit on the vaudeville circuit of the 1920’s and the andrew sisters, one of the most successful singing groups of 1940’s. but it wasn’t until Black girl groups like the chantelles, the shirelles and later the supremes, arguably the most successful girl group in history, that the girl group blueprint was cemented in music and gave way to several other legendary and iconic groups like en vogue, destiny’s child and prince’s greatest love offering vanity 6.

conceptualized by prince, vanity 6 was originally called “the hookers” until prince met denise matthews in january 1981. after a few tweaks and a line-up change, denice was christened “vanity” and the group was renamed vanity 6.

garbed in lingerie and high heels, vanity 6 picked up where labelle left off in the late 70s in shattering the mold and expectations for girl groups. where vanity 6 lacked in vocal abilities, they made up with style, charisma and audacity. their presentation and provocative songs were unapologetically sex positive long before that was a term in our lexicon. and like labelle, this made them goddesses among young gay boys like myself.

their self-titled debut dropped in august 1982. written and produced by prince – the album boasted songs that were quirky, funky, poppy and sexual and simply fuckin’ brilliant! their first single, “he’s so dull,” a new wave pop gem, gave us he’s still living with his mama teas 17 years before TLC’s “no scrubs.” it wasn’t until the release of their second single “nasty girl” that vanity 6 solidified their place in girl group history.

released in september 1982, “nasty girl” was an immediate club hit peaking at #1 dance and #7 on the r&b. the synth-funk track proved too raunchy for mainstream radio preventing it from even charting on the hot 100. despite its limited crossover success, “nasty girl,” is one of the most enduring songs of the ‘80s having been heavily sampled on britney’s “ima shed this “girl next door” image” 2001 single “i’m a slave 4 u.” beyoncé incorporated the song as part of the “blow” mash-up during her “formation” tour and most recently, janell monáe sampled the song for her 2018 song “i got the juice.”

after the release of their third single, “drive me wild,” denise “vanity” mathews exited the group before they were slated to record their sophomore album and appear in prince’s 1983 magnum opus movie “purple rain.” denise signed with motown records in 1984 and continued to perform under the vanity moniker and scored a minor hit with “pretty mess.” the underappreciated song was dealt with the subject matter of having a lover ejaculating on your dress – decades before beyoncé referenced the monica lewinsky dress scandal in her 2015 “drunk in love” single. the two remaining members continued on and were joined by apollonia kotero in 1985, eventually going by the equally as sexy but less charismatic apollonia 6. their sole hit was “sex shooter” which was featured “purple rain.”

vanity 6’s only album remains a remarkable body of work that perfectly encapsulates a time when r&b music was re-emerging and reimagining itself after the so-called “death” of disco. vanity 6 left a significant impact on music, pop culture and forever changed the landscape for girl groups and paved the way the globally successful pussycat dolls.