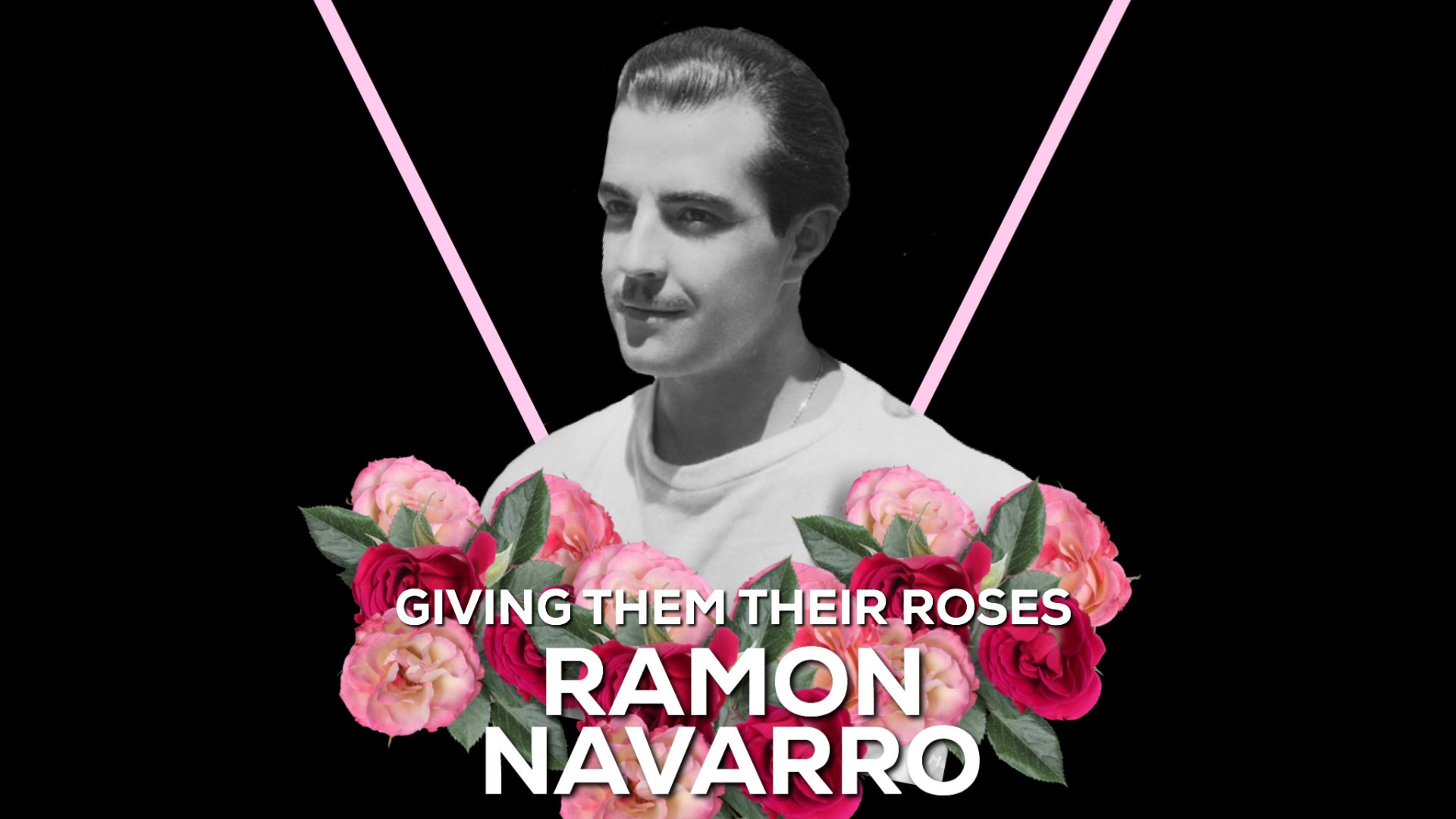 known as the “latin lover” (yeah, hollywood’s been using that trope even before talking movies) that made hearts of women (and secretly, men) go a flutter, ramon novarro was one of hollywood’s biggest stars during the golden era of silent films in the 1920’s. here appears in over 50 movies including the 1925 blockbuster original movie of “ben-hur.”

born josé ramón gil samaniego on february 6, 1899 in durango city, ramon got his break when director rex ingram casted him in the 1923 film “sacramouche.”

In 1925, ramon was elevated to the hollywood elite after the release of the silent movie epic, “ben-hur.” the film was promoted using the “the picture every christian ought to see!” tagline. this made him the most popular leading man in silent films.

as his popularity grew, so did the public interests in his love life. unlike many of his closeted gay peers, ramon refused to enter what was then called, “lavender marriages.” studio sanctioned relations, lavender marriages served to “protect” gay actors from being outed. ramon was in a committed relationship throughout much of the 1920’s with his publicist herbert howe.

as silent films era gave to talking films and what is now considered the golden age of hollywood, ramon’s acting career began to decline in the 1930’s. ramon, who spoke with an accent could not be struggled to land successful roles. ramon retreated from acting barring the occasional cameo.

on october 30, 1968, ramon was found bludgeoned to death in his hollywood home. he has been tortured, murdered and robbed by two men whom her hired through an escort service. when media got word if the details surrounding ramon’s death, much of the narrative was rooted in the “shock” that one of america’s most adored leading men was gay.

ramon’s murderers were tried and found guilty. they served less than a decade in prison.

ramon novarro exitsted during a time when queerness intensely patrolled and punished. he still managed to live life on his own terms – even in the systematic restrictions of homophobia. while his tragic death has dominated his legacy, we remember his legacy as someone who dared to be more than just america’s “latin lover.”