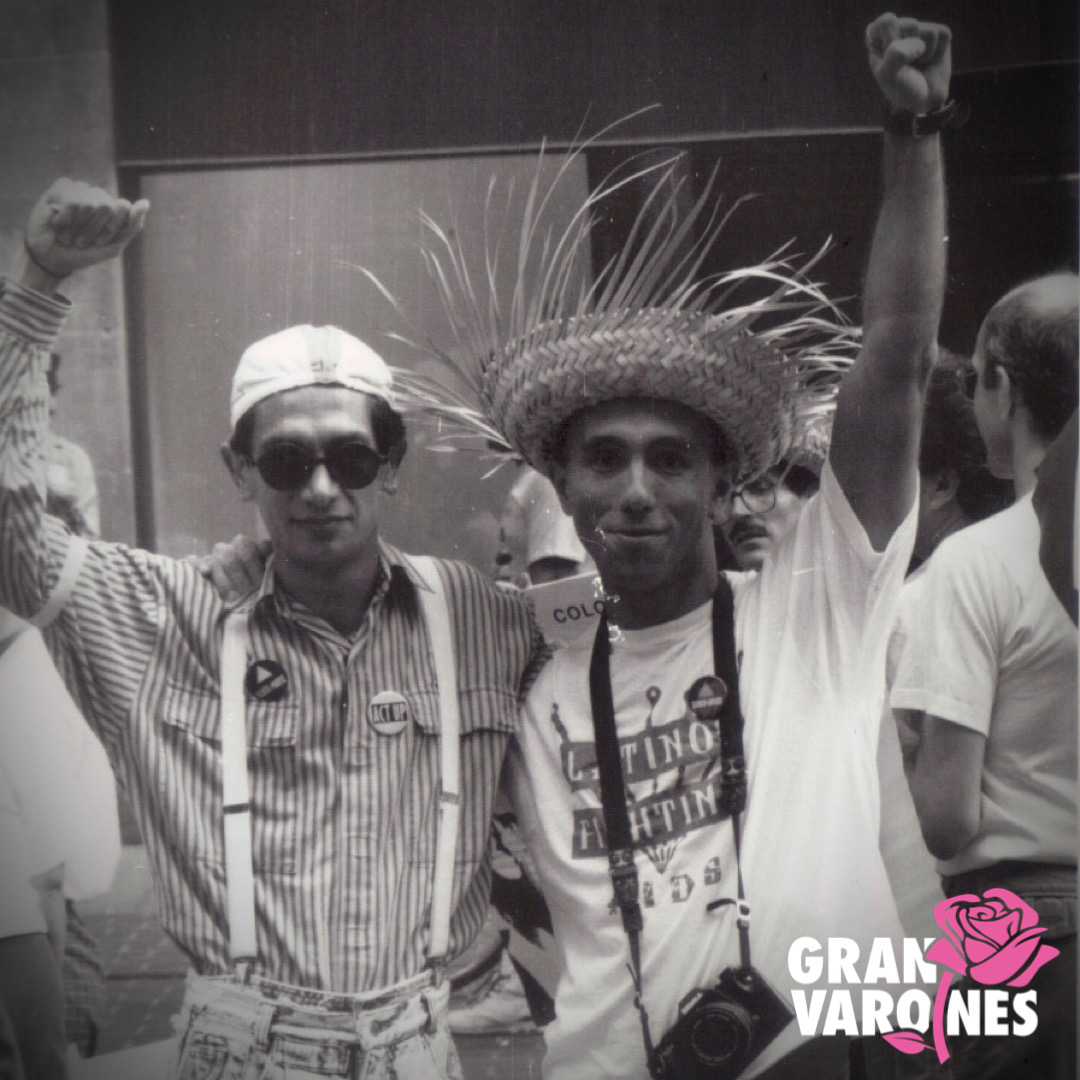 by 1990, AIDS had become the third leading cause of death for people ages 25-44. puerto rico had the highest per capita of new HIV infections and while AZT, the first medical treatment for HIV had been on the market since 1987, it was still widely unavailable to people living with HIV on the island. this often meant that puerto ricans in dire need of basic or life saving treatment had to migrate from the island to US cities such as new york or philadelphia only to be met with racism, homophobia and care systems unwilling and/or unwilling to provide adequate treatment and care.

GALAEI, formerly known as the gay and lesbian latino aids education initiative, was founded by david acosta in 1989 in philadelphia. the act-up puerto rico chapter was established in the summer of 1990. these two events helped to galvanize the emerging latinx AIDS activism in philadelphia. so when they were “invited” to participate in the 1990 puerto rican day parade, against the usually pageantry of such events, the collective amplified the voices of people living with AIDS.

on this day, national puerto rican day parade that takes place in new york, we raise up those who marched 30 years ago in philadelphia. and even as they endured threats and a slew of homophobia and aids-phobic slurs, their presence helped to shift the ground that i now walk on. i know this because when i was diagnosed 15 years ago, the barriers to care that many who marched and laid their lives on the line, were not as present for me. i am alive because of them. and i could not be more grateful.