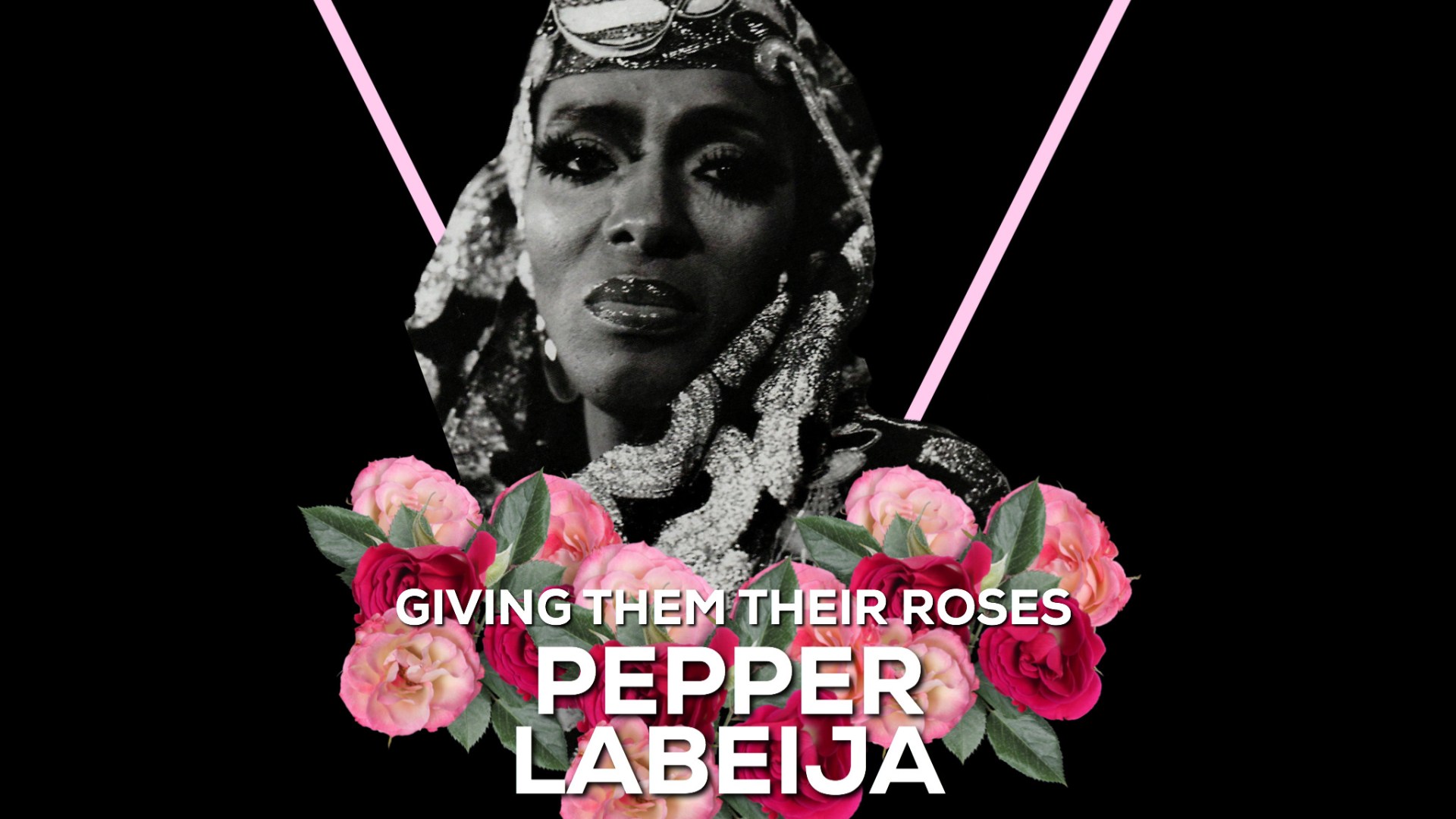 blessed are those who mother the children the world left alone to mind themselves. blessed are the queens who build a queendom for these children to survive and thrive. pepper labeija was both mother and queen and on this #mothersday weekend, we speak her name.

born on november 5, 1948 in the bronx, new york, pepper became the mother of the house of labeija (pronounced la-BAY-zha) in the 1982 after the founding mother, crystal labeija died.

under pepper’s leadership, the house continued to pave the way both drag and ballroom culture. the family structure that has long been the foundation of black and brown ballroom houses was created by the house of labeija and pepper played an integral part of this.

pepper and the house of labeija rose to mainstream prominence when they were featured in the 1990 documentary film, “paris is burning.”

pepper spent most of her life providing refuge for black and brown trans and queer young people during and after the height of the aids and crack epidemic. like many of the house mothers of her time, pepper helped to cultivate a space where black queer and trans people could live out their fantasies and those fantasies included a universe without homophobia, transphobia and racism.

in a new york times tribute printed on may 26, 2003, douglas martin wrote, “pepper was the last of the four great queens of modern harlem balls; angie xtravaganza, dorian corey and avis pendavis all died in recent years. these four exuded a sort of wild expressionism that might make las vegas girls seem tame.”

happy mother’s day, pepper! thank you for all of the new earths you helped to create when ours was burning down.