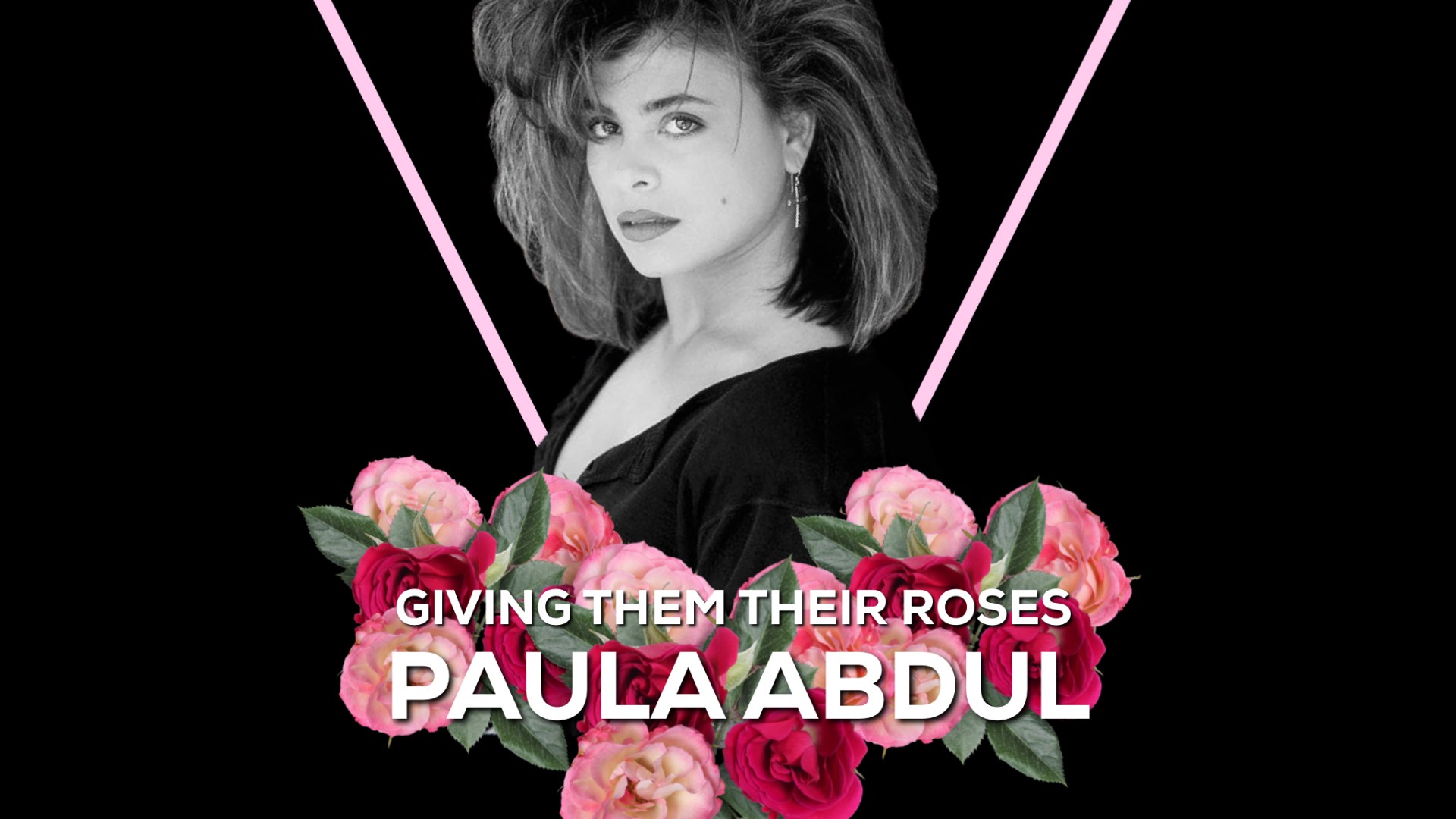 in the late 1980s, paula abdul’s popularity rivaled that of her contemporaries, janet jackson and madonna. paula had gone from being an LA lakers cheerleader to an in-demand choreographer that helped catapult janet jackson’s first three music videos from her 1986 breakout album “control” to legendary status. it wasn’t long before paula herself became an r&b/pop diva and MTV music video phenom.

by the start of the 1990’s, paula was on a non-stop streak of hit singles on both the hot 100 and r&b charts including four chart-toppers — “straight up,” “forever your girl,“ “cold hearted” and my son’s favorite “opposites attract.“ the multi-format success of these singles helped her 1988 debut album “forever your girl” reach sales of over 17 million worldwide becoming one of the most successful debut albums in music history.

her 1991 sophomore effort “spellbound,” was on the same trajectory with its first two singles  “rush, rush” and “promise of new day” topping the hot 100. unfortunately, the insidiousness of anti-fatness by mainstream media outlets interrupted the album’s momentum.

the “promise of  a new day” music video became a source of manufactured controversy upon its release due to the elongation effects of the screen. the video was infamously parodied by the fox sketch show “in living color.”

titled “promise of a thin me,” the skit ridiculed paula’s vocal abilities, her body and alleged the effects in the “promise” video were used to make her appear taller and thinner. the anti-fat skit further fueled the body-shaming commentary about paulla that was already dominating tabloid magazines.

things would all come to a head on september 5, 1991. paula was part of the star-studded roster of performers that included mariah carey and prince at the mtv video music awards. in another effort to address the critiques that she lip-synced during performances, paula opted to sing live while performing a high-impact dance routine of “vibeology,” a song that was set to be her next single.

the performance, which included a play on gender presentation with paula performing in masculine drag and dancing closely with women dancers before stripping into a glass-covered leotard, was immediately declared by critics as “disastrous.” anti-fat and misogynistic jokes about paula’s body were made by radio personalities and numerous news outlets.

the gravity of the backlash was so immense that virgin records postponed the release of “vibeology” and instead released another ballad, “blowing kisses in the wind.” while the song would peak inside the top 10, it disrupted the momentum of the album. the innovative pop/house track “vibeology” was eventually released as a single in late 1991 and every ally reached a peak at #16 on the hot 100.

at the end of 1992, paula went on a hiatus to prioritize her physical and mental health. she released her final album to date in 1995. she successfully reemerged in 2002 as one of the original judges on the reality TV talent  “american idol.”

for decades, some referred to paula’s 1991 VMA performance as the moment her career died. we know that not be true as paula continues to be and do legendary things including championing LGBTQ issues and raises awareness about eating disorders and mental health. don’t sleep on miss paula. she is not only a survivor but a pop music legend who has sold over 53 million records.

like janet, jody watley, vanessa williams and pebbles, paula abdul’s music was the backdrop of my early teen years. while the hood was literally surviving the war on drugs, AIDS and the crack epidemic, it was r&b/pop divas that served as a source of solace for queer boys like myself caught up in the intersections of that violence.