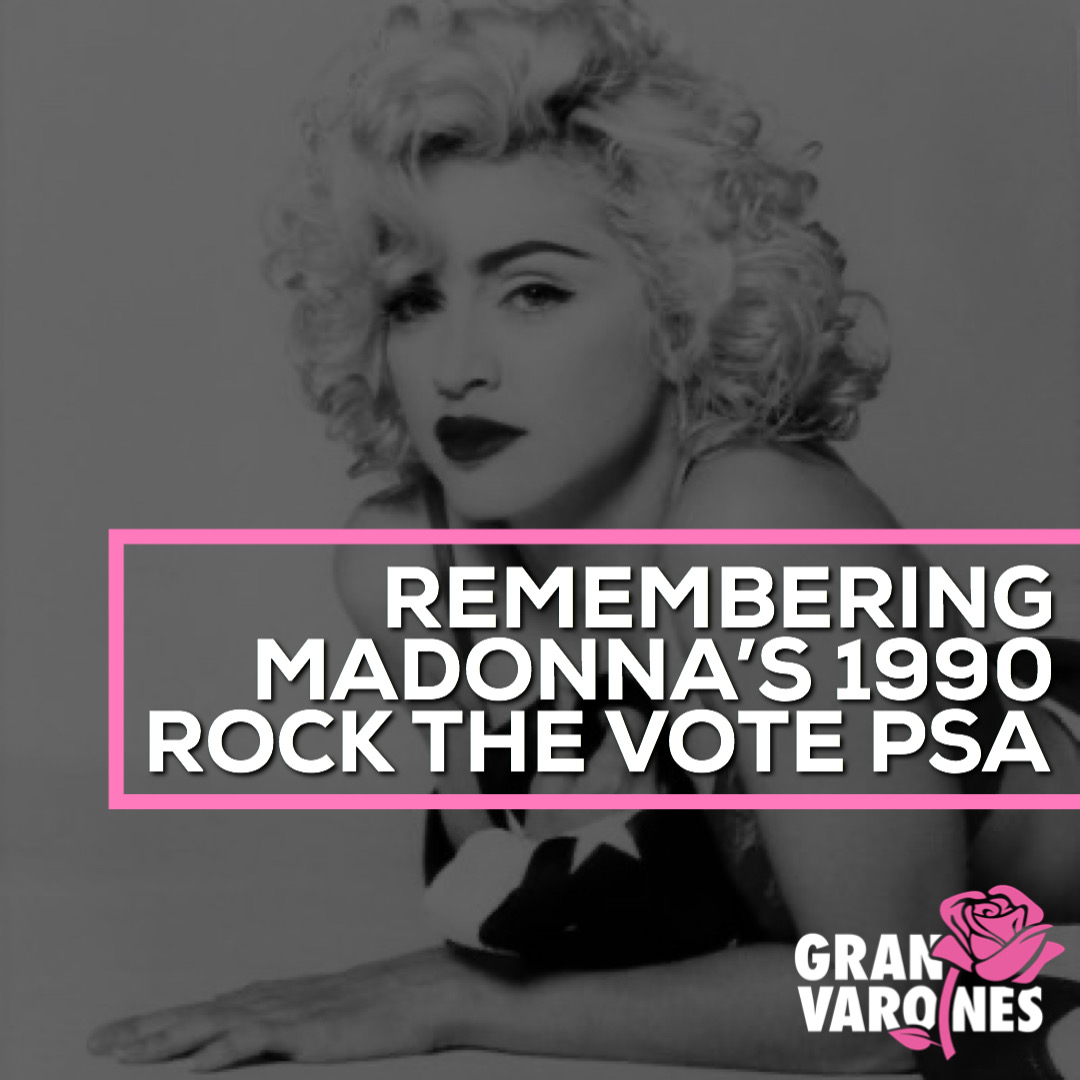 there is a lot of history between 1990 and 2020. a lot. when the rock the vote campaign kicked off in the fall of 1990, mtv was still a channel that played music videos. not only did mtv actually play music videos but they played them all day and night.

george h.w. bush was half-way into his second year of his presidency. the aids epidemic was continuing to grow and the war on drugs, aka the war on black and brown poor people, was raging. AND donald trump was on the cover of playboy magazine. yeah, we were living in complete hell in 1990.

in an effort to re-set the culture and political landscape, rock the vote partnered with mtv to produce a series of cool – and quirky – PSAs designed to inspire young people ages 18-24 to vote.

this madonna rock the vote PSA featuring dancers and ballroom icons josé and luis xtravaganza was the first of many that were in heavy rotation at mtv. of course, the PSA was considered controversial as the queen of pop was featured dancing with two latinx fed gay men while wearing a bathing suit while draped in the american flag. as a young boy, i loved it. i wasn’t yet able to vote in 1990 but it did i was left with the impression that my vote did count.

also, can we talk about the groovy and dope ass rock the vote PSA featuring new york-based dance group deee-lite? after scoring a world wide hit with their 1990 funk-psychedelic track, “groove is the art,” deee-lite leveraged their break-out success to amplify environmental justice and voting rights. their 1992 rock the vote PSA was their second and features lead singer lady miss kier giving us 60’s futuristic glam as she dances to “vote, baby, vote,” a song that was featured on the group’s sophomore album.

30 years later, rock the vote continues its effort to draw young people to the polls through community-based efforts. my prayer is that the quirky, wild and outrageous rock the vote PSAs will return. in the meantime, if you are in california, north carolina, virginia, massachusetts or texas – today is #supertuesday – if you are able to, get out and vote.