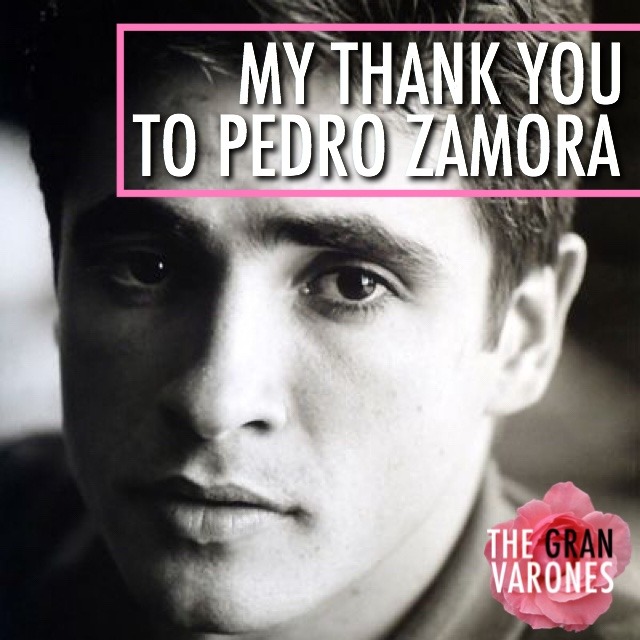 Pedro Zamora (February 29, 1972 – November 11, 1994), was one of the earliest stars of reality TV. He was also one of the first out Latino gay men living with HIV in popular media. Diagnosed when he was a junior in high school, Pedro became a hero. This is for him.

In 1994, a friend of mine (who we will call Lionel) asked me to accompany him to a clinic in West Philadelphia to get the results of his HIV test. Back then, HIV tests were not rapid – it took an entire week to get your results; a week of assessing and reevaluating every decision you had made up until that point. I remember feeling privileged that he had trusted me enough to ask me to go with him. It never occurred to me that Lionel would test positive. We were young teens already fighting daily battles to survive. My thought – my wish – was that we would be spared.

The visit didn’t last long. Honestly, I don’t remember much, besides being given condoms by the nurse. The nurse was gentle and kind. We put the condoms in our pockets and walked out. We made small talk on our way back to the car when we ran into another friend. We joked and decided that we would get lunch: a fish platter.

As we were waiting for our food order, Lionel whispered, “We are dying.” I paused and replied, “Here you go! What the hell do you mean?” He stated again, “We are all dying. Every day.” The realization that my friend was HIV positive immediately hit me. I remember telling myself “Don’t break. Keep a straight face.” Thank God I listened to my instincts because my other friend broke into tears and damn near fainted as Lionel disclosed that he was HIV-positive. My immediate response was “We will beat this. I promise you.” That’s what I said, but I knew (at the time) that I was lying. I knew that our conversations about the future would be no longer.

Later that night, I tuned into MTV’s “The Real World.” This was long before reality TV was a “thing.” While already into its third season, “The Real World” was still groundbreaking to me. I was immediately mesmerized by cast member Pedro Zamora. I was in complete awe that there was a Latino gay man on TV! I picked up the phone and called Lionel and told him to turn to MTV. We watched that episode while on the phone. We watched every episode while on the phone. There was something about the will, courage, and love that Pedro possessed that supported me in supporting Lionel. Pedro inspired us to have conversations about HIV with friends. Pedro shattered the myth that only white gay old men were impacted. Pedro reminded us that life does go on.

While watching the season finale, it was announced that Pedro had succumbed to HIV. My stomach sank. Lionel and I began to cry. I knew that we were not crying just for Pedro but for what would eventually happen to him. I knew there was nothing I could say. I no longer believed what I had initially said months earlier “We will beat this. I promise you.”

We managed these feelings and fears without adult support. We navigated shame without support groups. We continued to be teens doing teen things with a heavy secret; a secret that we shared only with Pedro. Now Pedro, our single hope of inspiration was gon.

in 1996, I was working as a peer youth educator at a local Latino AIDS organization in Philadelphia, when the news of a breakthrough in HIV treatment was announced. Suddenly there was hope. The promise I had made to Lionel two years earlier now seemed possible. Suddenly, the conversations about the future returned.

Looking back, I know for a fact that we would have not survived those years without the inspiration Pedro Zamora provided us. He sustained us so that Lionel could make it. Pedro – in his indirect way – served as both mentor and big brother. So on this day, in celebration of his birthday, I speak his name. We thank him for the love and possibility he provided then and the light he continues to provide us.

Thank you, Pedro, we are Gran Varones because of you were.