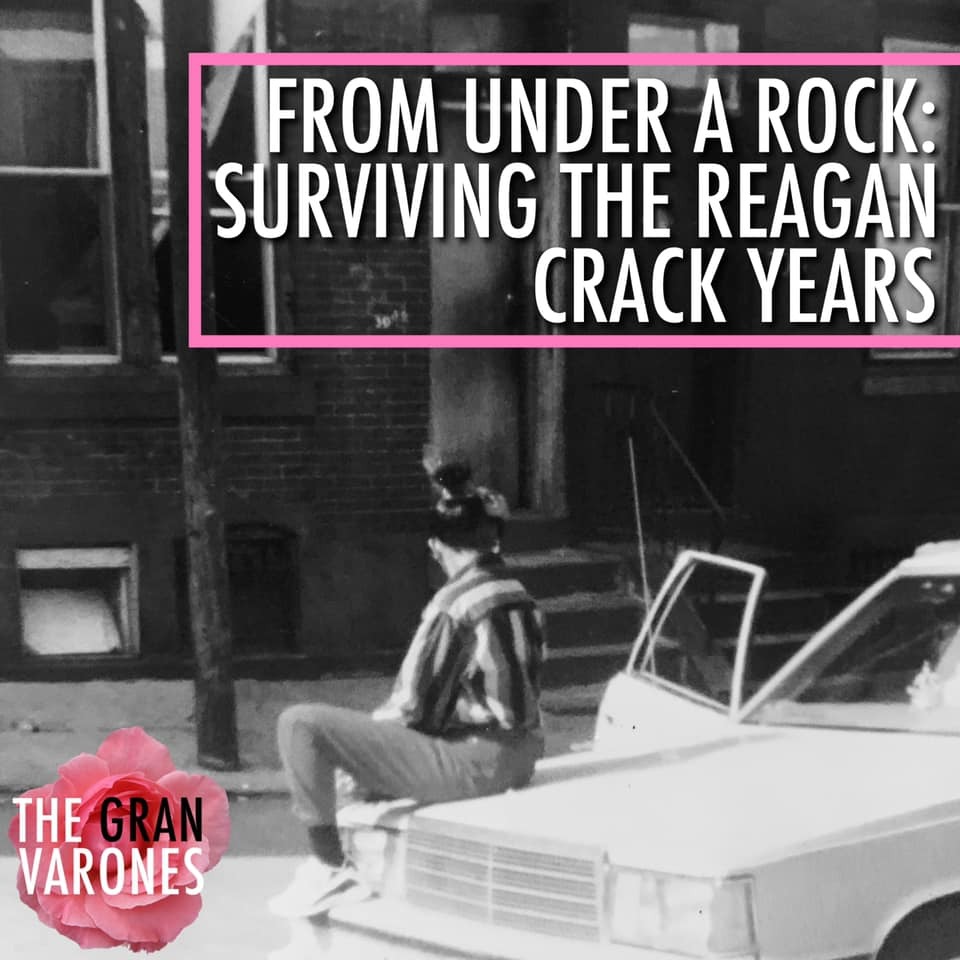 My mother began smoking crack in the summer of 1986. At that time, it was widely known as “crack rock.” I was 9 years old and I already had mastered the art of secrecy. I didn’t call it art or survival; it was just life under the “rock.” I learned many things that summer that would forever change me.

The greatest lesson I learned was not to be ashamed of my mother. Trust me when I say that this was no easy task during a time when life was polarized by dichotomies of “clean” or “dirty,” “crack head” or human.

These lessons sustained our sanity. These lessons fortified me, along with millions of black and brown families in the 1980s and ‘90s, tried to survive life under the “rock.”

Being the oldest child, I was charged with ensuring that my brothers were fed and taken care of. While I resented the responsibility, it provided me a kind of access to my mother that my brothers didn’t have. After coming down from her high, she would wake me from my sleep to play board games with her at 2 a.m. She would tell me about how AIDS had stolen her friends and how bad she missed them. She would tell me that I was the “good” one and it was my responsibility to keep my younger brother Nicholas out of trouble. We talked about pretty much everything – except life under the “rock.”

It was difficult for anyone in my neighborhood to call someone else’s mother a “crack head” without quickly being reminded that their mother too was a “crack head.” So, the insults had to be more specific; hairs had to be split: “Well at least my mother didn’t sell the TV.” “Well at least we have food in the house.”

My brothers and I were lucky in this sense. Our mother had done neither and so we found solace in that. I believe that this alone helped us to survive with whatever dignity we had left as I watched the will to live disappear from the eyes of other kids living in and being surrounded by crack addiction.

As noted by the U.S. Sentencing Commission, more than one thousand stories about crack appeared in the press in 1986, with NBC reporting over 400 reports on the crack “epidemic” alone. The media coverage was instrumental in shaping the nation’s perception of those who struggled with and/or were directly impacted by crack addiction. This perception has since been inherited by a new generation of HIV advocates and activists, who only associate the Presidency of Ronald Reagan with his failed response to AIDS. But those who survived the Reagan years also associate that time with the government’s swift and violent response to crack that stole the lives and promise of many, deliberately destroying black and brown families.

Thirty years later, the conversation about addiction has shifted dramatically. The same government that demonized, dehumanized and then criminalized people like my mother now urges us all to remember that people struggling with addiction have a disease and require love, patience and treatment. This reminder comes just as the face of addiction is now that of white affluent youth struggling with heroin addiction. This compassion, while critical and necessary, was not made available to black and brown communities that struggled with the presence of crack. I will venture to say that this approach is still NOT available to individuals who still struggle in the shadows of a crack addiction.

Yes, it is important that we evolve as a society and it is equally important that we make amends with ourselves for allowing this to happen on our watch. Even more importantly, we cannot validate our evolution without a true account of what happened, who it happened to and why it happened in the first place.

I have come a long way from the small room I shared with my mother and brothers. I no longer have to check spoons for burn residue but I no longer have family to bear witness to the atrocities we survived.

My mother struggled with addiction until her death. My brother Nicholas was murdered in 2001. I sometimes struggle with survivor’s guilt. This is not uncommon for those who have survived war. Every day, I am learning to reconcile my survival with the sacrifices my mother and brother made for me to live life out from under the “rock.”

Atonement is often the last act of any complete apology. As a nation, how do we atone for the heinous behavior of the government during the Reagan years? It’s simple: We don’t ignore the heroes of my generation. Instead, we honor the legacies of my mother and every mother who provided light in darkest days of the war raged on our families. We memorialize them like we would the heroes who were lost in battle.

[originally published in the body]