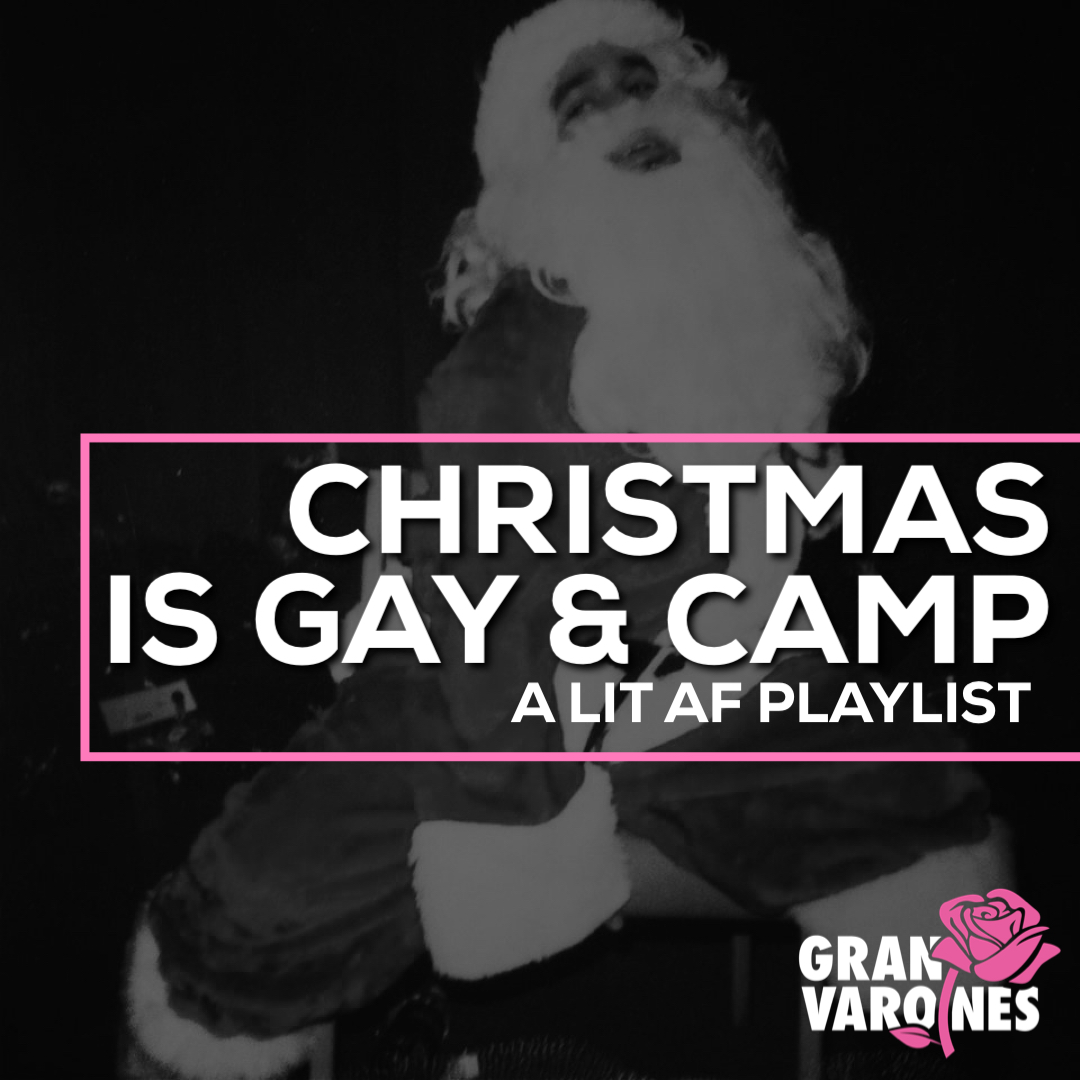 i love, love, love the holiday season. yes, it is about peace, love and blah, blah, blah. i enjoy and believe in those things but what i love most about this holidays is the music. why? well, for starters, most christmas pop songs are campy af! they are outreagoeus and generally are songs about a man who brings you gifts. or that other man who was reportedly born the month of december. so here is a few of my favorite christmas songs. enjoy!

in celebration of this joyous season (minus the season depression that exists in the background), here are a few of my favorite christmas songs. enjoy!

the weather girls | dear santa (bring me a man)

the only version of “little drummer boy” that matters. grace jones’ performance of the song on the 1988 christmas special of the very campy kids show “pee-wee’s playhouse.” sadly, this can only be streamed on youtube.

the queen of christmas mariah’s “all i want for christmas is you” dominated the holiday season every year. however, i am still holding our for the world to discover the celebratory remix of her rendition of the classic “joy to the world.”

rupaul featuring michelle visage | i’ll be home with bells on

in 1997, rupaul released his first christmas album “ho, ho, ho.” it served as the basis for his christmas special on then vh1 talk show, “the rupaul show.” like the album, the special was queer and campy as hell. and of course, included her friend and partner in crime, michelle visage.

kylie minogue makes music for the gays. mama knows her lane and we love her for it. “100 degrees,” featuring her sister dannii, is a disco-tinged holiday song that would work even during pride season.

how extra was destiny’s child in 2001? well, they added an extra day to christmas. based on the classic “7 days of christmas,” probably the oldest holiday in history (goes back to as far as 1780!), “8 days of christmas” served as the lead single from their 2001 christmas album of the
same title.

the pointer sister | santa claus is coming to town

arguably one of the most dynamic girl groups in music history, the pointer sisters sang back-up for sylvester before their pop breakthrough in the early 1970s. their version of “santa claus is coming to town” was featured on the 1987 charity album “a very special christmas.”

wham! was one of the most successful groups of the 1980’s even though their output, while prolific, only last half a decade. their 1985 sad gay boy holiday song “last christmas” is more popular now than it was 35 years ago.

lil nas x is one of the most exciting and innovative artists to emerge in the past few years. while he has yet to match the success monstrous hit “old town road,” he continues to break new ground with each new music video. and his recently released “holiday” is no exception.

cannot have a gay ass christmas list without the living bounce legend that is big freedia. “make it jingle” is best played immediately after mariah’s “all i want for christmas” because it keeps the energy going and deserves all of the streams.

so i made a cute lil gay ass christmas playlist for y’all to shake y’all asses to or to have a mini holiday turn up at your desk.