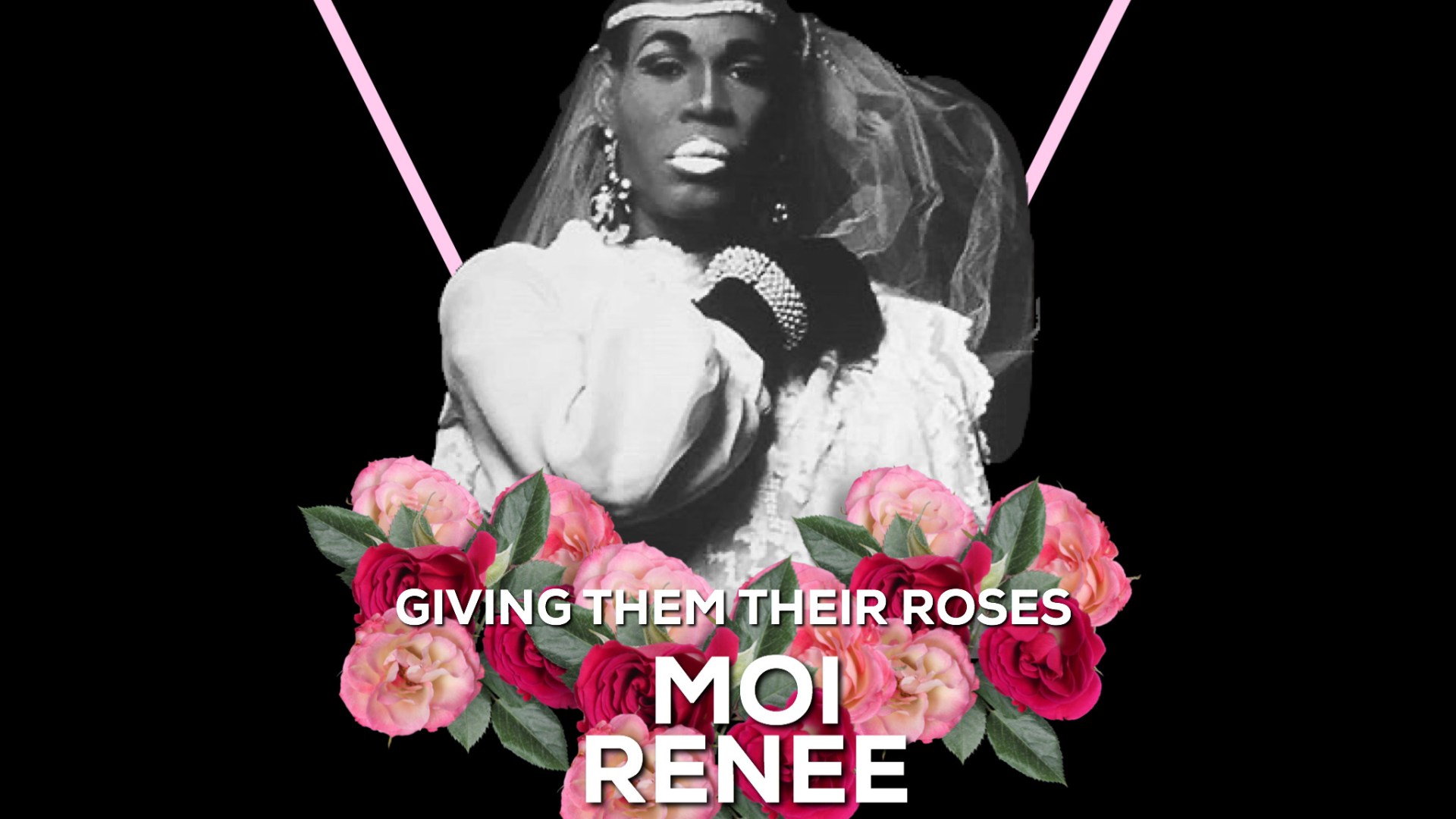 in 2007, two years after the launch of youtube, a video of the late great moi renee performing their now legendary underground house song “miss honey” was uploaded bestowing a blessing that the world desperately needed but did not and still does not deserve.

moi renee was born in jamaica before moving to new york city in the late 1970s. by the early 1990s, moi renee was studying dance at alvin ailey while also quickly becoming a fixture in the new york queer club scene. moi renee’s vibrant camp style and drag made them one of the most popular performers and personalities at the now-defunct club shelter.

in 1992 moi renee released “miss honey” which was produced by franklin fuentes. the track is now categorized as a ballroom track but during its initial release was considered a “bitch track” – an early subgenre of house music. other bitch tracks include franklin fuentes’ “tyler moore mary” (1995), ralphie rosario’s “la puta” (1995), junior vasquez’s “if madonna calls” (1996) and one of the early baltimore house jams frank ski’s “tony’s bitch track.” (1992).

moi renee did not live long to witness the mass celebration of their performance of “miss honey.” moi renee died in 1997. “miss honey” has since been remixed numerous times with a new generation of queer party goers shouting as they dance, “i know you hear me calling you, miss honey!”