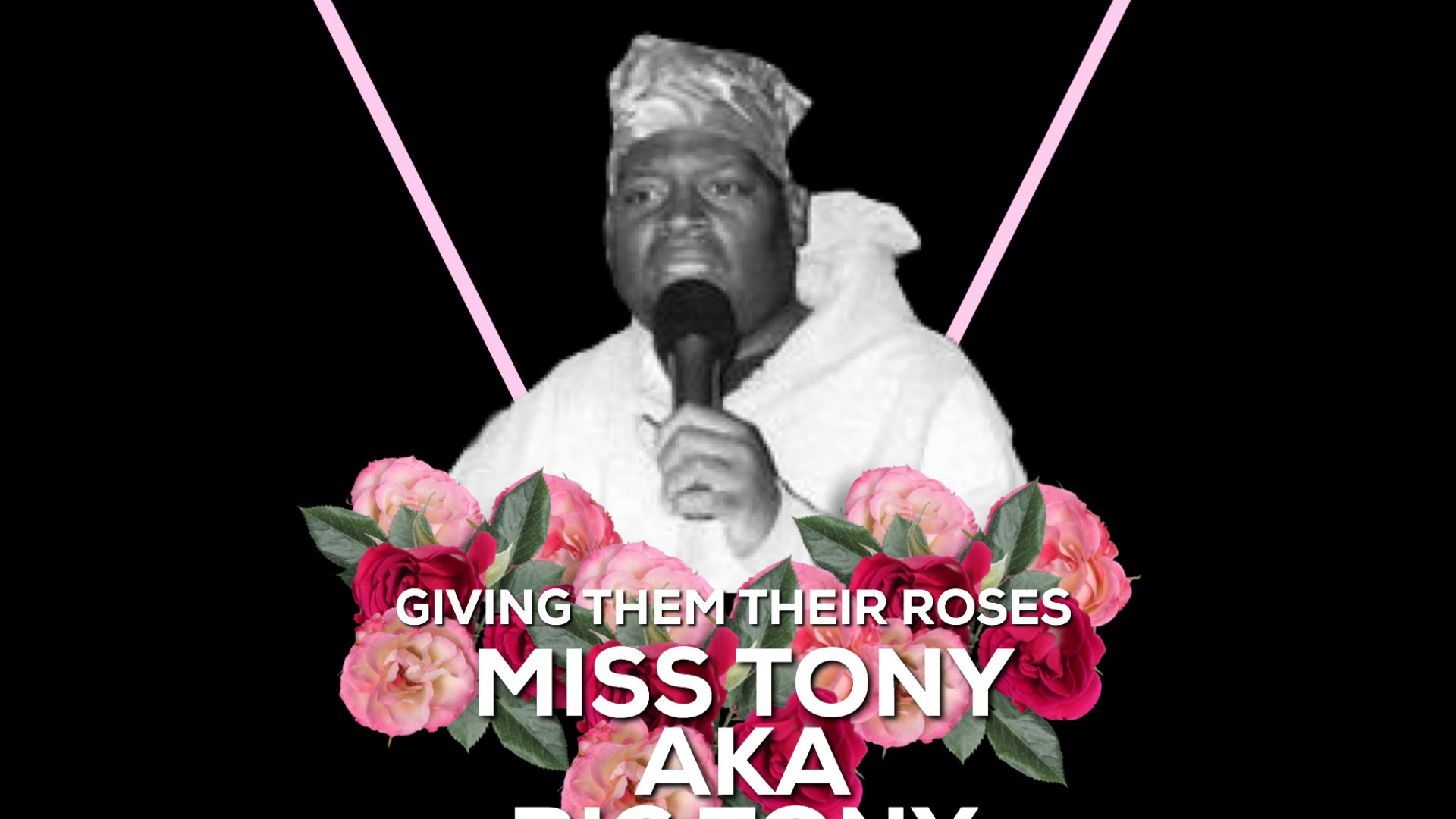 if you grew up dancing at $2 house parties in the 1990s on the east coast, then you might have instantly recognized the refrain “there’s some whores in this house” that starts off hip-hop queens cardi b and megan thee stallion’s summer juggernaut hit “WAP.”

by 1994, the baltimore club sound, which is a mixture of hip-house, breakbeats, samples, quick edits and dj call and response, rose to prominence. one of the breakout stars was a 6 foot, 350 pound Black drag queen who had the entire city dancing his beat.

anthony boston aka miss tony was one of baltimore’s most influential club personalities. in addition to being a fixture of the baltimore club scene as a voguing and charismatic master of ceremonies, he was a co-host of the big fat morning show on baltimore’s hip-hop and r&b station 92Q WERQ-FM.

miss tony linked up with frank ski in 1991 and their collaboration resulted in the 1992 bitch house track, “tony’s bitch track.” the song was a hit locally and in new york city queer clubs. throughout his recording career, miss tony (later big tony) released some of the genre’s most enduring songs including “pull ya gunz out,” “how you wanna carry it” and “living in an alley.” the latter helped set the blueprint for the more melancholy and emotionally vulnerable baltimore club sound, notably highlighted in the now iconic “dance my pain away” by rod lee.

in 1999, anthony boston retired “miss tony” changing his stage name to simply “big tony,” after becoming a born again christian. some of his longtime followers questioned his decision and his alliance to the queer community. in an interview with the baltimore sun in 1999, tony said, “i’m not saying the gay community is bad. those are the people who love and remember me.”

anthony boston aka big tony and big tony died of kidney failure on april 11, 1999 leaving behind a legacy and discography that an entire new generation of young club goers are discovering. in 2017, his song “living in an alley” was featured in the HBO film “the immortal life of henrietta lacks,” based on the book of the same name.