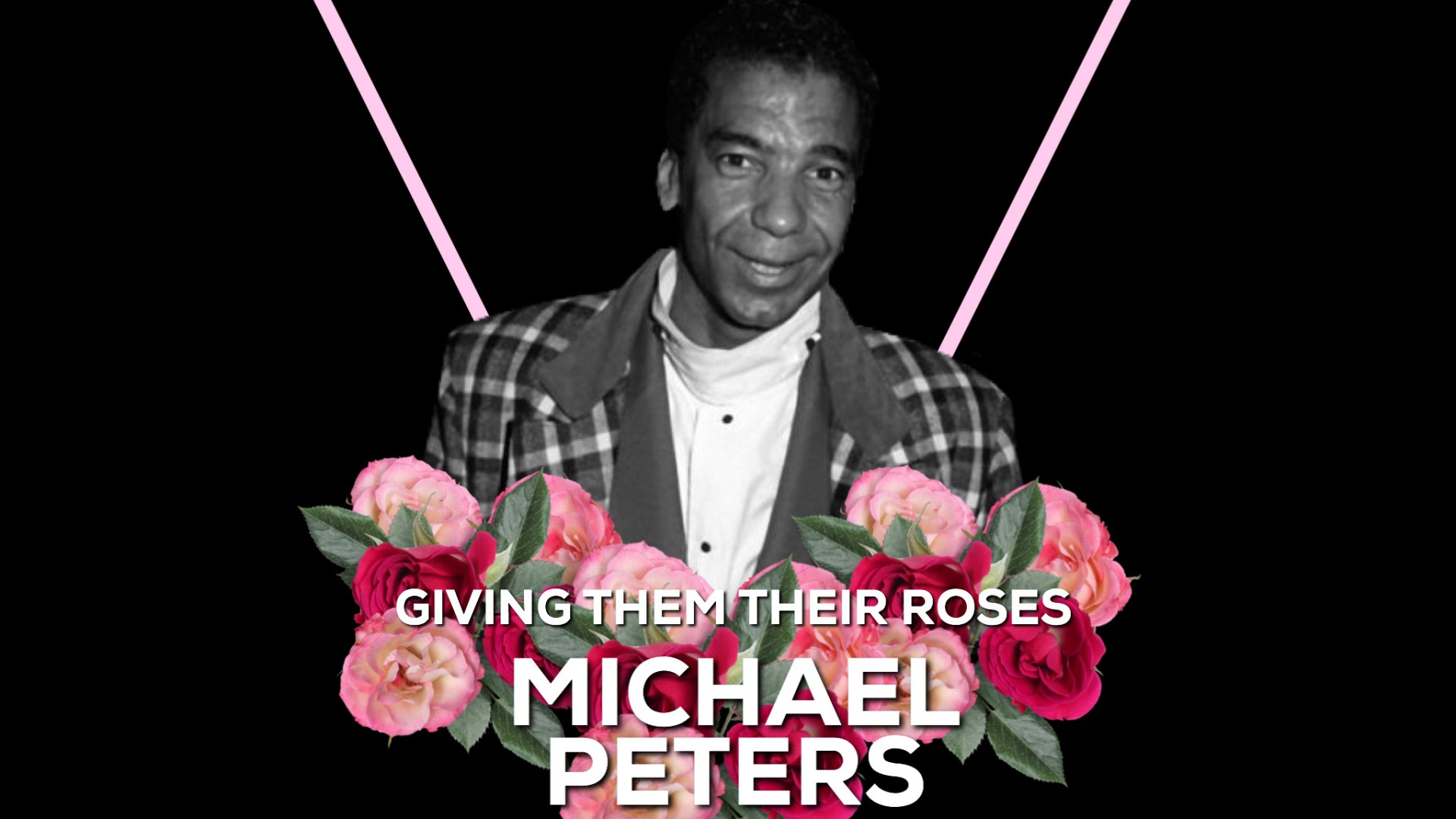 on august 11, 1985, the original broadway production of the musical “dreamgirls” closed after over 1500 performances. the six-time tony award-winning musical was such a phenomenon that nearly everyone involved became stars in their own right. one of those people and probably the most unsung, is the late great choreographer & director, michael peters.

born on august 6, 1948 in brooklyn in new york city, michael peters began his career as a featured dance met in several broadway shows before going to do stage cabaret shows for lola falana and performances for donna summer. by the mid-1980s, he was the most influential choreographer in entertainment.

by 1979, michael scored his theatre breakthrough when he choreographed his first broadway show, “comin’ uptown,” an all-black reimagining of the dicken’s classic, “a christmas carol.” the show closed after just six weeks, however, it caught the attention broadway pulitzer prize-winning, michael bennett. the two would team up to dream up the staging for “dreamgirls.”

on december 20, 1981, “dreamgirls” opened on broadway at the omperial theatre. the predominantly black musical was an instant smash and made loretta divine. jennifer holiday and sheryl lee ralph household names. in 1982, “dream girls” nominated for 13 tony awards, winning six, including best choreography.

as “dreamsgirls” was winding down on broadway, michael peters was to redefining the then-emerging music video art form with his work on michael jackson’s 1983 groundbreaking music video “beat it.”

it was peters’ staging and choreography for michael jackson’s “thriller” music video, arguably the most influential video in history, helped to establish jackson as a pop icon. by 1984, peters was hired to choreograph for the likes of pat bannetar, lionel richie, and the incomparable diva herself, diana ross.

later in his career, peters oversaw the choreography for several films in the early 1990’s including, “what’s love got to do with it,” “sarafina!”, “the five heartbeats”, and the iconic final number in “sister act 2: back in the habit.”

throughout his career, michael advocated for choreographers demanding the art form was respected and honored in all areas of entertainment. he even campaigned for an academy award category for best choreography.

on monday, august 29, 1994, the creative visionary, award-winning, and much beloved michael peters died from complications of AIDS in los angeles. he was 46 years old. his impact on the performance arts and the music video art form is ever-present.