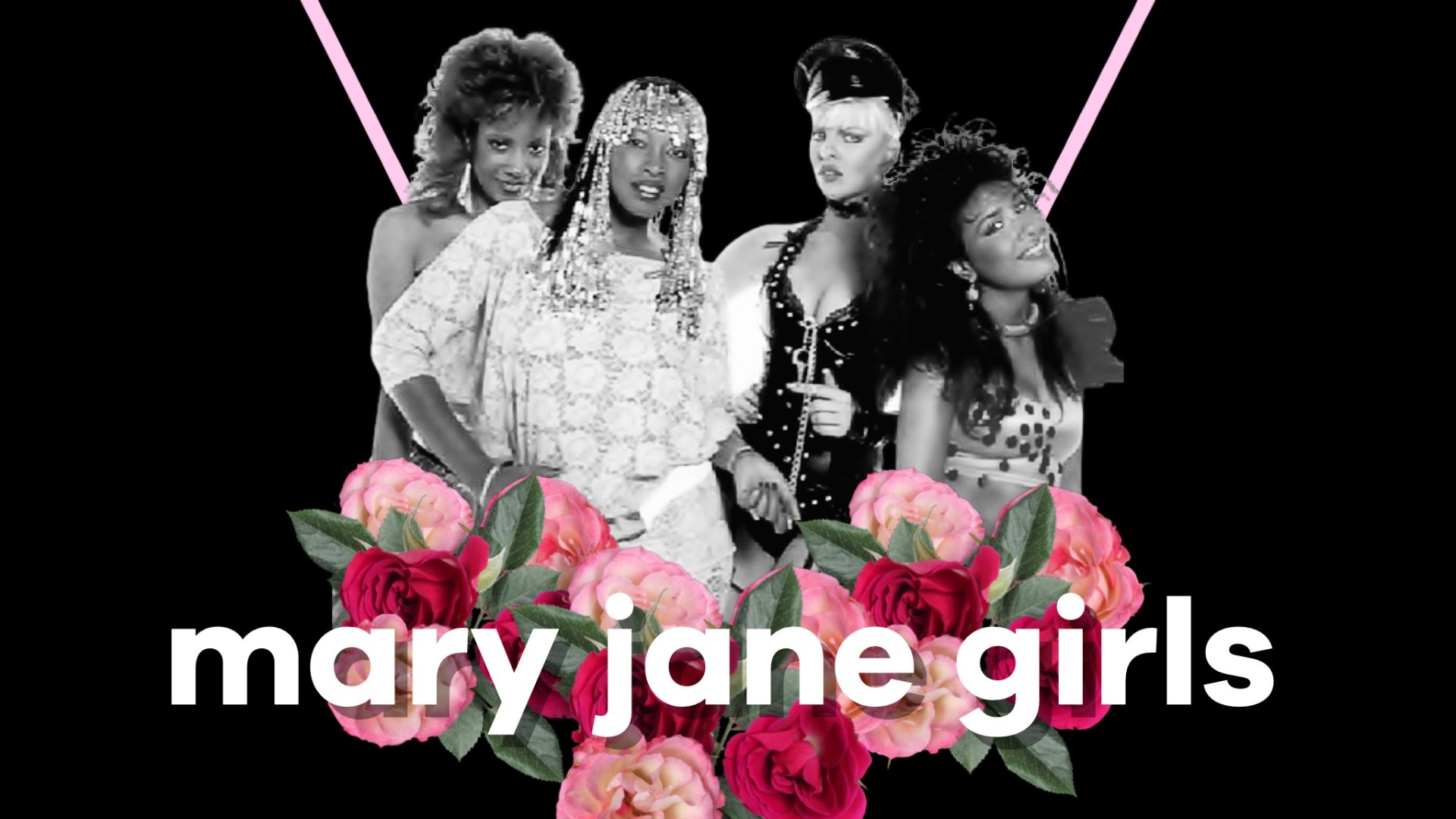 the pointer sisters, sister sledge and vanity 6 were my earliest introduction to the miracle that is the girl group genre. as a young child trying to make sense of societal demands to be “rougher,” girl groups captured my imagination with their style, choreography, and essence while commanding me to just be…me. and none left me as fascinated as the mary jane girls.

the mary jane girls were the creation of late-great funk icon rick james. named after rick james 1978 top 5 r&b hit “mary jane,” the group was signed to motown records in 1983 and immediately charted three songs into the R&B top 30 in 1983 including their bow classic “all night long.”

it wasn’t until the release of their sophomore album  “only four love” that the group exploded into the mainstreaming consciousness. written, produced, and arranged by james, the pulsating pop/funk dance song “in my house” served as the album’s lead single.

released in october 1984, “in my house” featured vocals from jojo, the group’s lead singer, and studio session singers maxine and julia waters. while the other three members sang lead on a few songs, they mainly contributed to the group’s style and appearance. the combination proved successful at both radio and video outlets. and for little queer kids like me, their audacity to be both campy and sexual – even if i didn’t have the language to describe it – were a wink to queerness. this was evident on the album track “leather queen.”

the group garnered additional media attention after “in my house” was included on the “filthy fifteen list” of “objectional” songs compiled by the parents music resource center. other songs included cyndi lauper’s “she bop,” vanity 6’s strap on ‘robbie baby” and madonna’s “dress you up.” the alleged innuendo of “in my house” was lost upon me because as a kid, i literally thought that they were inviting someone into their house.

the mary jane girls went on to score a pair of additional hot 100 charting hits including the bangah “wild & crazy love” before getting caught up in rick james’ legal battle with motown records. the group was dropped from the label in 1986 and their third album was shelved.

i LOVED the mary jane girls and often performed their songs acapella it in the alley by our house with my late-god sister atiya and penny, the white from down the street. we tried our best to recreate their choreography – to the utter dismay of my mother. while she was hella supportive, i am sure watching her year-old son gyrate in front if other kids who sitting on crates left her bewildered.

the mary jane girls dominance at radio was brief but their impact remains ever-lasting. “all night long” has been sampled by several artists including LL cool J, groove theory, and mary j. blige. “in my house” was featured promonently featured in the pilot episode of the FX TV show “pose.” some might call it a stretch but i stand by my opinion that they ushered in the assortment template in girl groups that the spice girls rode to global success. don’t @ me.