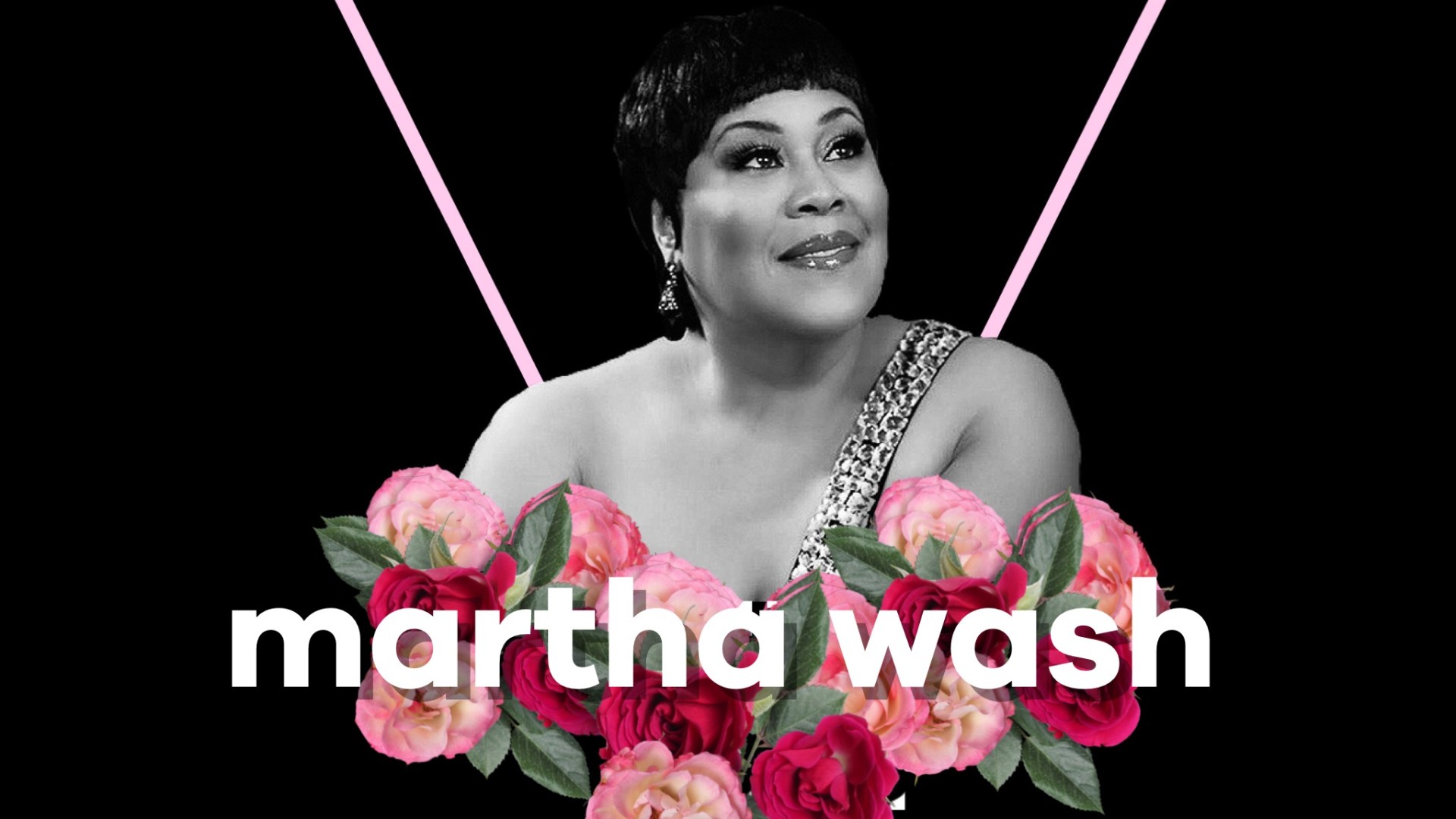 martha wash is one of the greatest vocalists in music history. and i would wager my mariah carey cd collection (which at this moment is 250 plus of cds, cassettes, and vinyl) that you have shaken your ass to a martha wash record.

in the late 1970s, marta got her break into the pop music world when she and izora armstead began performing as two tons o’ fun, the backing vocalists for disco legend and dance music luminary sylvester. by 1980, wash and armstead struck out on their own, releasing a pair. dance favorites but commercially disappointing albums. it wasn’t until the duo teamed up with “late night with david latterman” musical director paul shaffer and oscar award-winning songwriter paul jabara that martha’s place in gay anthem history was cemented.

released in september 1982 under their new moniker the weather girls, just as the queer-led Hi NRG and nu-disco sound were emerging,  “it’s raining men” was an immediate club hit, topping billboard’s dance chart by that december. the song would also become a moderate crossover hit in march 1983 when it peaked at #46 on the hot 100. martha and izora’s vocal performance helped the song garnered a grammy nomination for best r&b performance by a duo in 1983.

by the mid-1980s the weather girls had parted ways and martha was making a name for herself as a renowned studio session singer. with the advent of MTV in 1981 shifting the focus from vocal talent to image, martha was unable to land a solo deal. however, her voice would be prominently featured on and often times uncredited, on several pop hits that were fronted by thin women. these songs included rebbie jackson’s 1984 hit “centipede” where martha’s voice is featured on the song’s hook. in 1989 martha’s uncredited lead and background vocals were used on seduction debut pop hit “you’re my one & only (true love)”. but it was in 1990 that uncredited vocals launched two of the 90s most commercially successful dance acts.

in 1990, italian-house dance outfit black box released the single their debut album “dreamland” which featured several tracks including the international successful hits “everybody, everybody,” and “strike it up.” a thin model was featured on the group’s artwork, music videos and fronted the band lip-syncing martha’s vocals during live performances. sadly, that was not the only time martha’s was heard but not seen.

in early 1991, new york-based dance group c+c music factory topped the US hot 100 with the jock jam genre creating “gonna make you sweat (everybody dance now).” unfortunately, while martha’s vocal is prominently featured on the track, she was not listed on the song’s credits. and like black box, someone else was featured in the song’s music video miming wash’s vocals.

martha successfully sued black box, c+c muisc factory, and several record labels and by the early 1990s was finally releasing music as a solo artist in music videos that featured her. it is her advocacy that led to federal legislation making vocal credit mandatory for all albums and music videos.

in 1993, martha finally released her self-titled debut album. released on RCA records, the album produced two dance club chart top singles including “give it to you” and the stirring gospel-tinged “carry on”. the song was a testimonial of all that she survived both personally and professionally. it also served as a love letter to her lgbtq fans who were building community out of immense loss during the height of the AIDS crisis.

martha wash remains one of the most beloved performers and vocalists in the LGBTQ community across multiple generations. she has championed lgbtq rights and was one of the first singers in the early 1980’s to raise awareness around HIV/AIDS.

miss wash is now 68 years old and hosts her own youtube show, “10 minutes with martha wash.” today, we celebrate her resilience and existence.