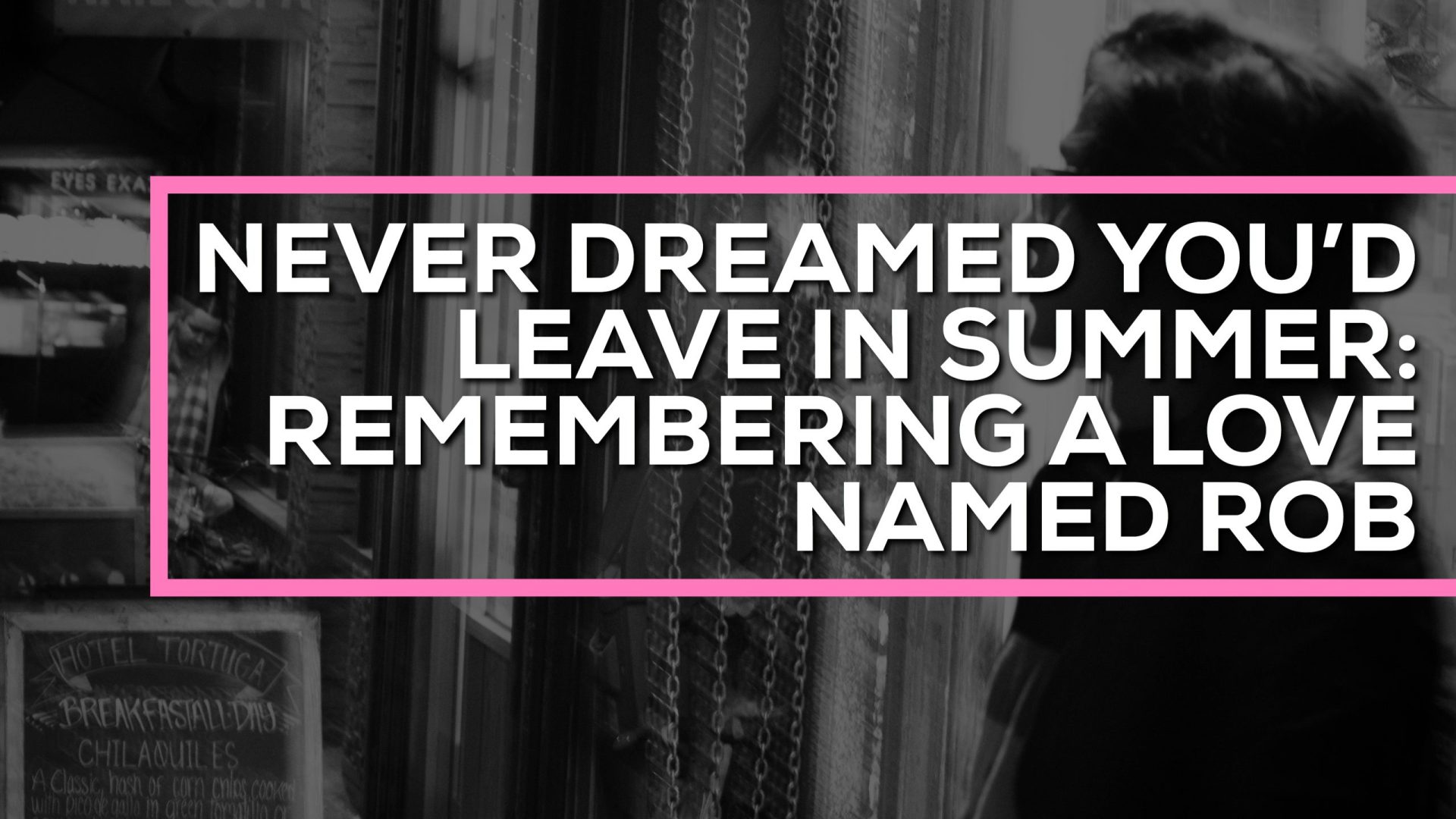 his name was rob. he was 26. i met him in the bronxm4m aol chat room. it was 2005 and that was still a thing. his screen name was br0nxprynce. we connected immediately during our chat. dude was funny as hell. for a week, we chatted while i was at work and all through the night while i was at home. mariah’s “emancipation of mimi” was a few days from being released and i remember trying to convince him to buy it. i actually did that with all my friends. i actually had a mariah album release party but i digress.

the thursday after the album was released, i called out of work and caught the train to new york. he picked me up and we hung out all day. we talked about life, dreams and how much he needed to buy mariah’s album. lol we kissed and i remember feeling “wow. latino dudes do like me.” i still had some issues to work out.

during our makeout session, he took off his shirt and immediately said, “i know, i’m skinny. don’t worry, i have always been that way.” i thought it was a weird thing to say but didn’t think much of it because i too had body image issues. so we continued to makeout. eventually, i had to get back to philly. so the magic we shared had to be put on hold until the next time. i was hoping they’d be a next time.

that following saturday, he and chatted i on the phone. he mentioned something about his bestfriend betraying him. i asked how so and he simply said “i don’t want to talk about it but he said something he shouldn’t have said.” i didn’t press the issue. he said he would call me back later that night.

i didn’t see him online.

a few weeks later he messaged me asking how i was doing. i was short with him and simply said “fine. you?” he said “not feeling well. i think i have a cold.” i remember thinking “good. that’s what you get for playin’ me.” he tried to continue the conversation but i wasn’t into it. i was too scared to be charmed by him again.

we had a mutual friend in the aol chat room. i told the mutual friend of my feelings and how i was hurt by rob. the friend was surprised because he had known rob to be a really sweet guy. but he said “you know how dudes are anyway. fuck him.”

the summer past and in late august, i was watching “family guy” when the mutual friend called me. we started chatting about our summers and what we had done. he then asked if i had ever spoken to rob again. i said “no. our last conversation was online and it was as short one.” he then said, “i’m sorry to tell you this but he passed.” my heart dropped. my body felt hot and i was filled with dread. i asked how – knowing what he was going to say. he said “complications of hiv.” i hung up the phone and ran to my computer and messaged br0nxprynce: “hey! please respond to this asap!”

it just didn’t make sense to me. if he had died, why was his aol account still up? why would he universe allow me to message him? i could not wrap my mind around it.

i spent the following week reliving and recounting our conversations, our words. why didn’t he tell me? surely, he knew that i would be ok with it. why didn’t i seek clarity!? why did i assume shit!? gawd damn!