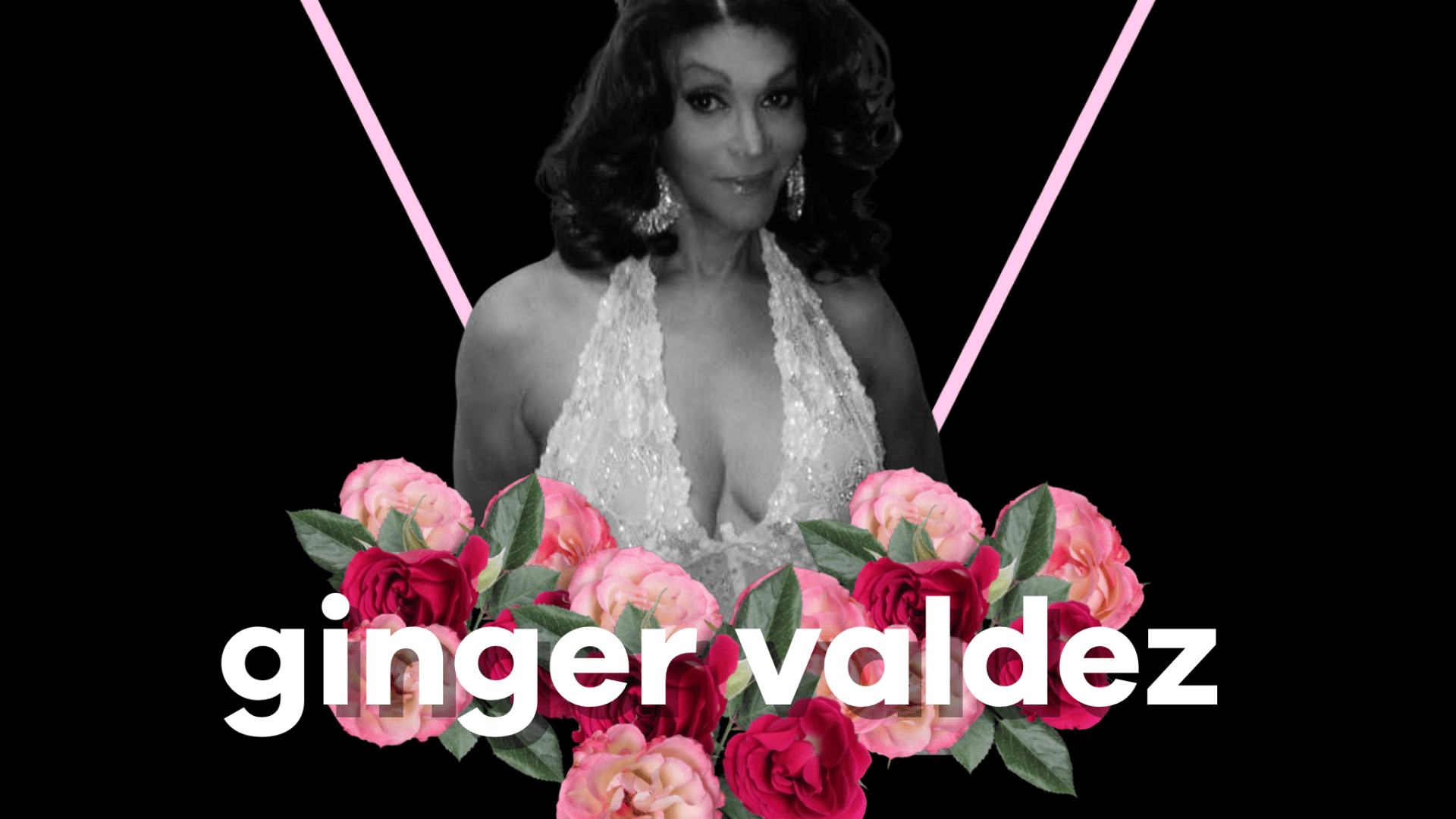 La Mujer Boricua! Lisa Isadora Valdez was born in la isla del encanto Puerto Rico on September 23, 1958. Most people will know her by her stage name of  “Ginger Valdez.” She began performing in Puerto Rico when it was still illegal to walk around looking like the “opposite” sex. She fought with police, has been arrested, and worked her way into the hearts of many over the years. She later moved to Manhattan, New York, where she became part of the cast at La Escuelita, legendary Latinx club for drag & transgender performers.

While Ginger was living in New York, Ms. Ketty (who had been a childhood friend of hers & an icon in the female impersonation art) invited Ginger to perform in Chicago as a guest Master of Ceremonies at the Legendary Baton Show Lounge. This would inspire Lisa to move to Chicago.

Her work in HIV prevention began in her early days in Puerto Rico and, as she continued, landed her a gig to work with The Chicago Department of Public Health. She is a true beauty queen who has competed in pageants such as Miss Continental and has also won several crowns in her lifetime. Ginger has been a mentor to many people working in the field and in the pageant community. She was featured in the documentary “I Am The Queen” as the pageant coordinator for The Caciqua pageant (Miss Paseo Boricua), which highlights the Latina transgender community of Chicago.

Ginger has been living with HIV since August 1985 and is a prime example of resistance, persistence, and motivation. In 2020, the “Lisa Isadora Cruz TransChicago Empowerment Center” opened in the heart of the Puerto Rican community of Humboldt Park. It was named after Ginger by The Puerto Rican Cultural Center for her contribution to people who fall under the trans umbrella.

Nowadays, Ginger is known legally as Lisa Isadora Cruz, a process she pursues as part of a program at Mayor Daley Center that caters to trans experience individuals that desire to change their names legally.

We honor her, love her, and cherish her. And in her own words, remember this: “I Am The QUEEN”