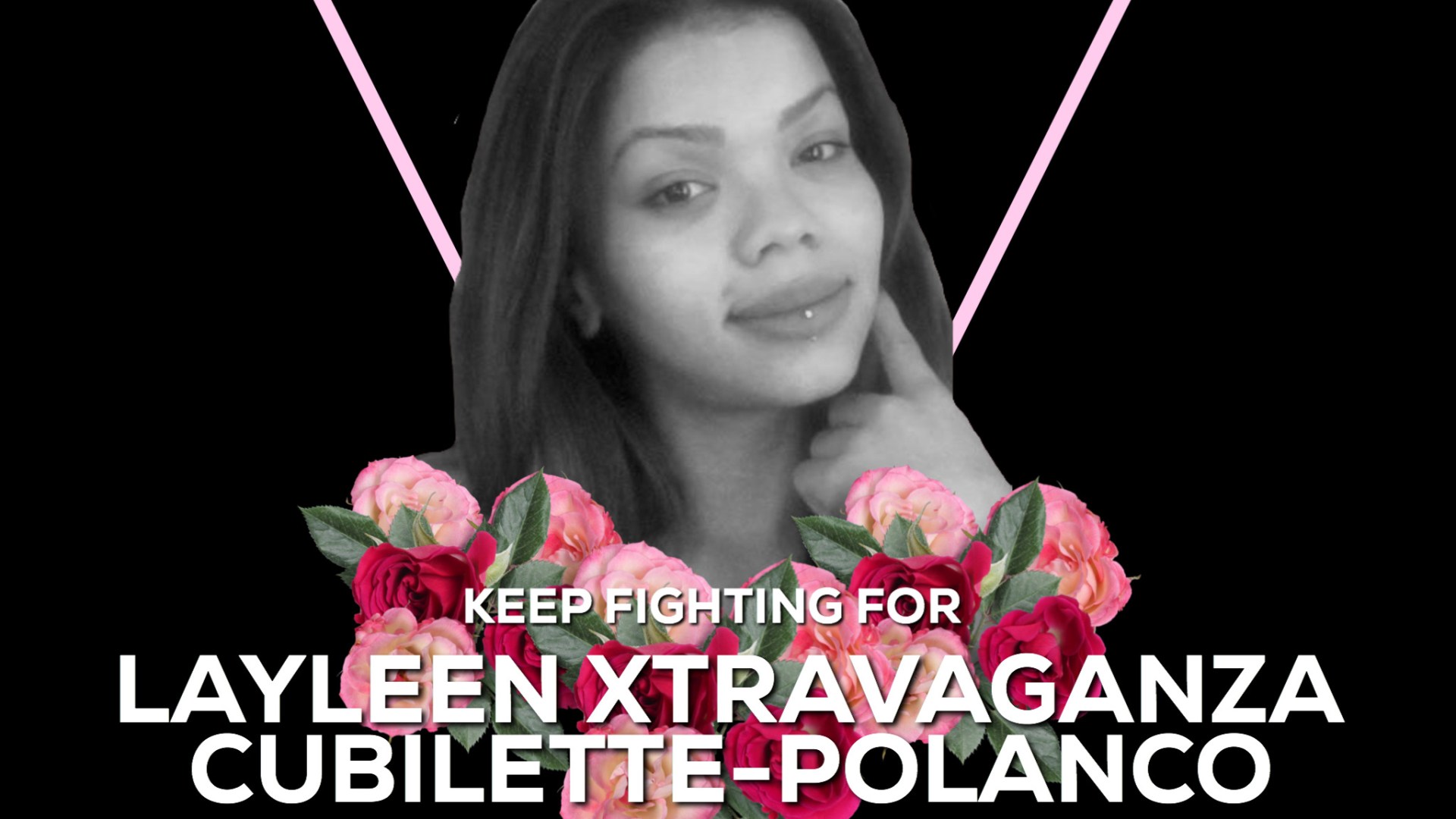 layleen xtravaganza cubilette-polanco was a fixture in the new york city’s ballroom scene. she was a member of the legendary house of xtravaganza. she was loved by family, friends and community. her sister describes her as the light of any room and the most loving person in the world. layleen’s life mattered.

it has been over a year since layleen was found dead in her cell while being held in solitary confinement at riker’s island. autopsy reports determined that layleen died due to an epileptic seizure. but layleen, who should not have been placed in solitary confinement because of her extensive medical history of epilepsy, died due to the gross negligence of riker’s staff and the violence of the prison industrial complex.

layleen’s death is a devastating loss to her family, the house of xtravaganza and the new york trans and queer community. her loss also serves as a reminder that solitary confinement is inhumane and that prisons must be abolished. now!

on june 14, 2020, the brooklyn liberation march, the largest transgender-led and based in history took place around the brooklyn museum in brooklyn, new york. organized by the okra project and the marsha p. johnson institute, the march was attended by an estimated 15,000 people. one speak of at rally was layleen’s sister, melania brown. in her speech, brown said, “Black trans lives matter! my sister’s life mattered! all of the loved ones we have most, all of those beautiful girls we have lost, their lives matter.”

rest in eternal power, layleen.
we will continue to fight for you and all Black trans women.