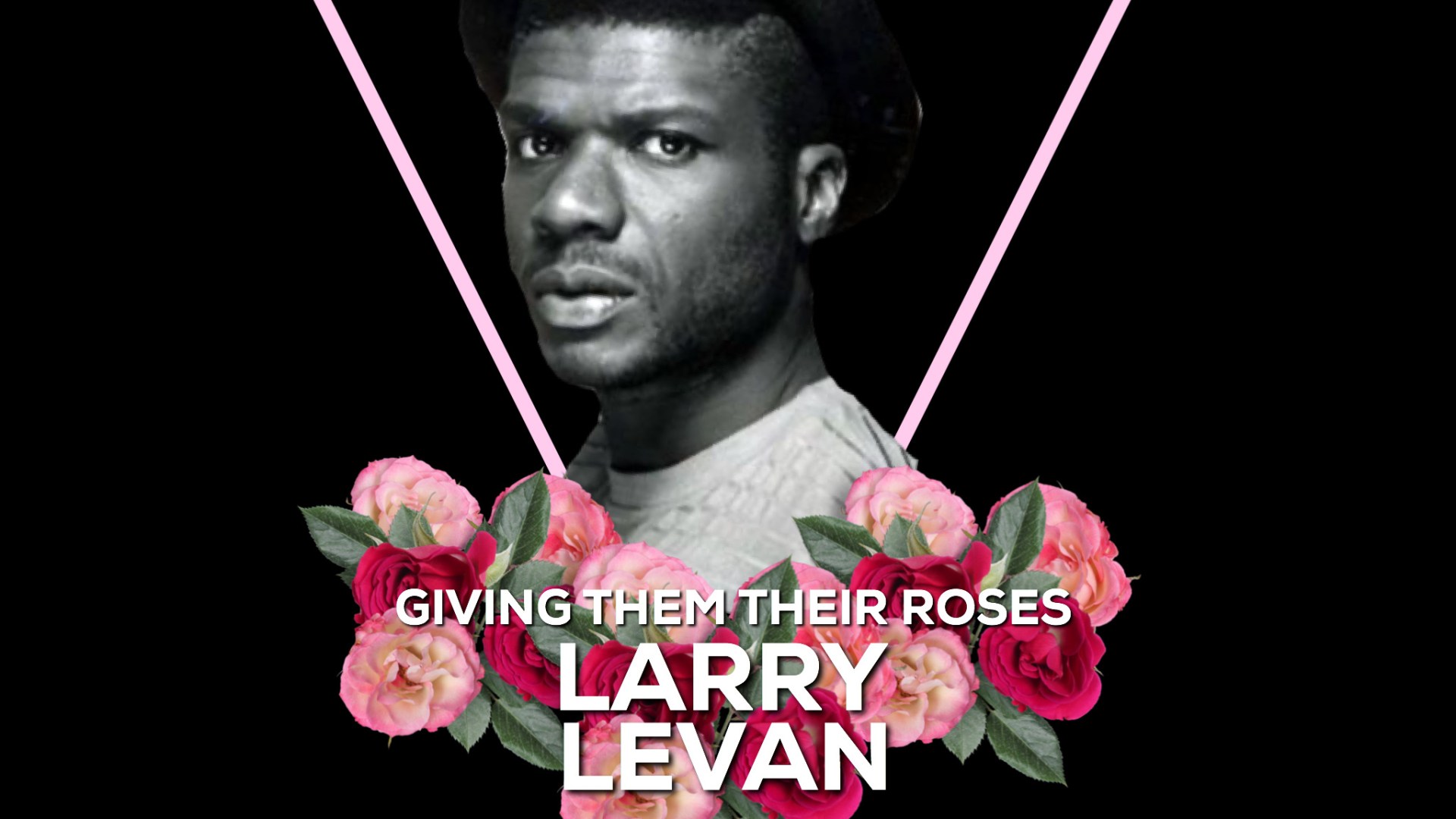 there once existed a black queer man who used the art of mixing songs to transform a converted parking garage into an oasis for black, brown and queer folks who were committed to surviving together – on the dance floor.

the paradise garage, located on 84 king street in manhattan, opened its doors in 1978 quickly became the temple where legions of followers came to listen to larry levan move them through a ministry of sound.

born on july 20, 1954 in new york city, larry levan was an eccentric and expressive teen who dyed his hair orange decades before it was a norm in the punk community. after experiencing bullying from classmates, larry dropped out of school and found community in the black ballroom community in the late 1960’s.

larry began to make a name for himself as a dj when by playing alongside the legendary dj frankie knuckles (RIP) at the continental baths in the early 1970’s. he quickly became the breakout star of the emerging new york disco nightlife, but it would be his residency at the paradise garage that made him a legend.

larry not only mastered the mixing and reconstruction of songs but his style created an atmosphere that helped to birth the sound of new york house music and culture.

in 1987, as the AIDS epidemic tightened its grip on the community that frequented paradise garage, and impacted the health of the club’s owner, michael brody, paradise closed its doors – ending an one of the most influential eras in new york nightlife and dance music.

larry would go on to residencies at other clubs but the magic that was created at the garage could not be recreated. this left larry devastated. although larry struggled with addiction, he continued to spin at clubs throughout the world until his death on november 8, 1992. larry was just 38 years old.

those who were lucky enough to experience larry’s time at paradise garage often describe it as heaven on earth. larry created a space in the world where black, brown and queer people could be safe from homophobia, violence and AIDS – even if just for a few hours a night.

god bless the djs who saved our lives during a time when the world wanted us to die. thank you larry!