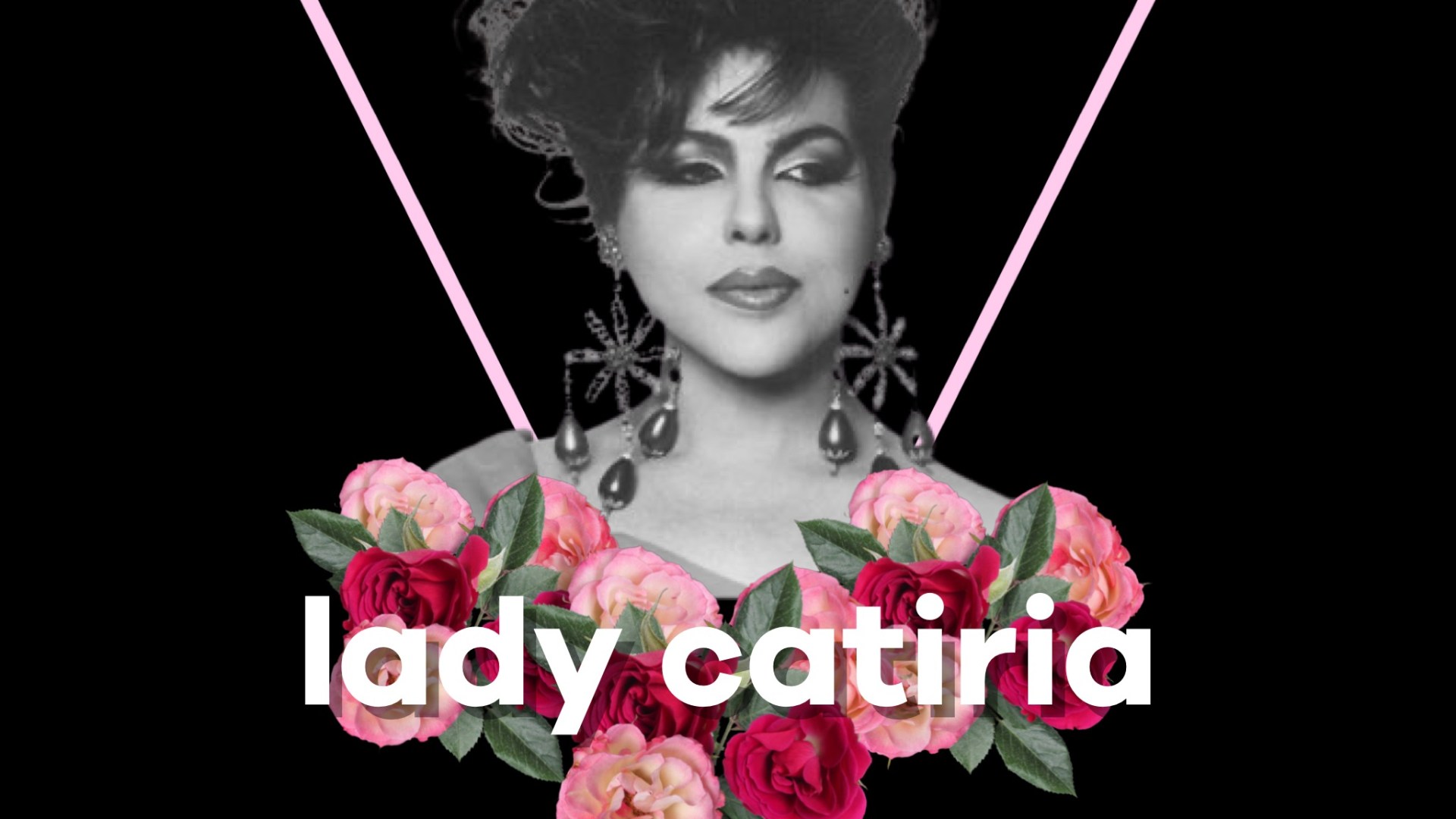 Chacón’s unapologetically sultry performance style became the template for a 19-year-old Lady Catiria when she began her performance career.

By the mid-1980s, Lady Catiria was captivating audiences at La Escuelita. Located in midtown Manhattan, La Escuelita was also one of the very few clubs where Latinx drag performers had an opportunity to shine and be celebrated.

This environment would not only prove successful for the club, but it would make Lady Catiria. Much like her idol Iris Chacón, Lady Catiria’s performances were part exhibition, part pageantry. It was this combination, along with her ability to dance and perform the hell out of a song, that struck a chord with the queer and transgender Latinx who saw her as their very own Iris Chacón. She was undoubtedly the queen of La Escuelita.

Lady Catiria would go on to compete and be crowned the 1995 Miss Continental. It was a historic win, as she was the first person to win both the Miss Continental Plus and Miss Continental pageant titles. The woman who dazzled audiences at La Escuelita was now traveling around the country and leaving audiences in complete awe with her performances. She even landed a cameo in the 1995 film To Wong Foo, Thanks for Everything! Julie Newmar.

Although Lady Catiria was managing a rigorous schedule of appearances around the country during her reign as Miss Continental, she struggled with the societally imposed shame that many people living with HIV experience. She would courageously share her struggle as a trans woman living with HIV as part of her farewell performance at the 1996 Miss Continental Pageant.

On that night and on that stage, while garbed in a beautiful black dress with an AIDS ribbon in sparkling rhinestones as the collar, Lady Catiria solidified her place in queer and AIDS history. She used her platform, decades before it was a celebrated thing to do, not only to share her story but to defiantly declare that farewells can be rooted in love and vulnerability, not shame and stigma.

Over the next few years, Lady Catiria continued to perform, using her platform to raise awareness about HIV/AIDS. In February 1999, she received a moving farewell tribute from La Escuelita, the place she helped to make into a utopia for Latinx transgender and queer people. Lady Catiria was unable to attend the event due to health complications, but she was able to phone in and thank the community for making her their queen.

original written for and published in December 2019 for the body. Special thanks to Mathew Rodriguez for their support with this piece.